Inspiration for the line is drawn from military heritage and U.S. Army uniforms — more specifically, “American military apparel par excellence,” according to Enzo Fusco, FGF Industry president and founder. Its first collection for spring/summer “reinterprets the uniform concept” and does so through striking parkas, anoraks and bomber jackets that the brand revamped with technical details, creating a more “urban” look through “volume and finishing touches, while still staying true to its roots,” the company said.

“Since I was young, I’ve been fascinated by the military world,” Fusco told WWD. “I used to collect military garments I found all around the world, especially in vintage stores and flea markets. B.Tactical is a kind of return to origin, while keeping an eye to the future.”

Fusco continued, “The inspiration behind the capsule is, of course, the American uniform, but the result in the end is still a simple line, with clean patterns and fabrics, practical and quite contemporary. A modern concept of dressing with personality and style. After all, it is well known that sportswear in general is [almost] always inspired by the military world.” 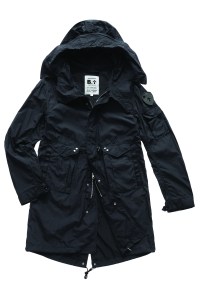 A jacket by B.Tactical.  Courtesy Image.

“Quite contemporary” does sum it up nicely, but given its roots, each piece is inherently and authentically influenced by the past — even by specific wars and time periods. Materials in the collection include crinkle nylon, which effectively “reproduces” an original military fabric, and a brushed nylon with a soft hand feel of cotton. The brand said that some looks are a reproduction of the original fabric used for the Fishtail Parka employed by the U.S. Army for the first time in the Korean War in 1951.

The line strictly offers three simple shades: ivory-hued natural white, black, and army green, of course. Fusco told WWD, “As I see it, the urban uniform is a really versatile and practical genre of clothing. It’s a type of apparel that maintains the characteristics of a uniform in its attention to detail, but that can transform on a whim: from a heavy winter coat to a light jacket, to long trousers or shorts, always with a high level of comfort and quality fabrics and materials.”

To round out the collection and offer an opportunity to create a complete look — it’s comprised of 24 pieces total — the line also includes light down jackets in microfiber blended with other fabrics from the collection; sweatshirts that feature nylon details; military-inspired stretch cotton pants; and T-shirts fashioned with graphics to convey a “technical look.” 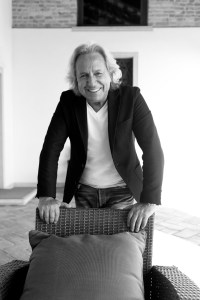 B.Tactical is designed for customers who love military style, and choose it for its comfort and practicality, according to Fusco — and that’s why the line is “high-end, really concentrated, and easy to buy and sell.”

Fusco said that eventually, they plan to add a women’s line to B.Tactical as well as further expand into global markets, as foreigners are “ready to buy this concept of clothing” — but for the time being, B.Tactical holds its focus on the skillful merging of military flair, fashion and utility.