By Sandra Salibian and Martino Carrera on May 17, 2019

MILAN — The pivotal role played by experience in retail, the importance of data and the evolution of the Chinese market were among the topics discussed at the MLRF, or MBA Luxury & Retail Forum, held at the city’s prestigious SDA Bocconi University on Friday.

The event gathered a range of industry professionals sharing their knowledge and advice in embracing, leveraging and driving change in the luxury market in the upcoming years. 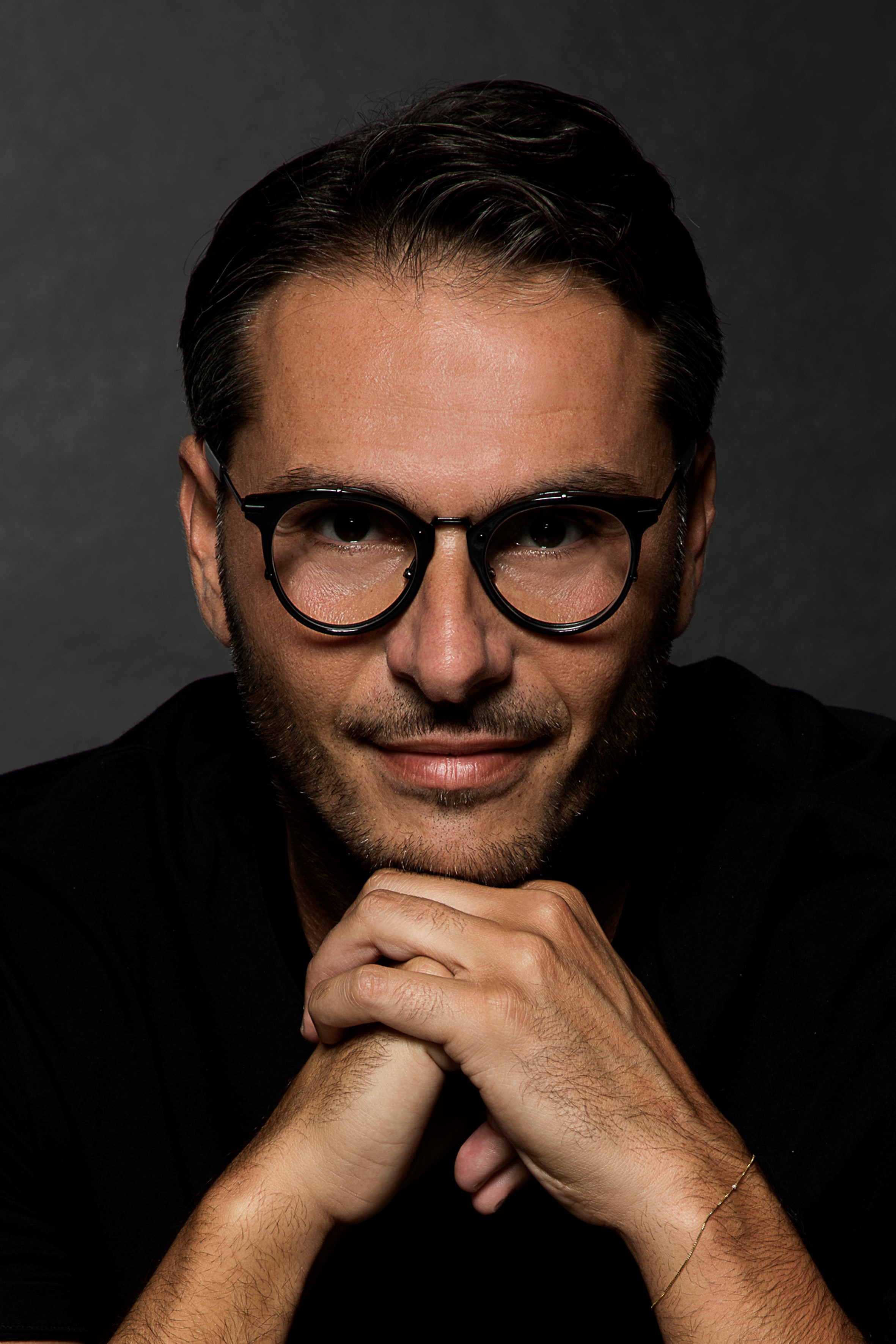 In his lively and engaging speech, Campara invited students not to focus only on products but to investigate social behaviors in general in analyzing the market trends.

“How to make things relevant and not just disruptive?” was the recurring question he asked the audience. Campara answered by example, tracing back the company’s origins to explain the evolution both of the market and the firm, which was established by Alessandro Gallo and Francesca Rinaldo in 2000 in Marghera, near Venice.

“[Gallo and Rinaldo] were the ones introducing sneakers to the luxury environment, but what’s luxury now? Its meaning has changed,” he said, noting that this shifted from something exclusive and strictly expensive to a more complex concept. “Now people know how to allocate their money, they recognize the value of a product. Who’s the competitor of Golden Goose? It’s a weekend at a spa or a dinner at a Michelin-starred restaurant…we have no category competitors but emotional competitors.”

Experience is key for today’s consumers, according to Campara, who considers brick-and-mortar retail still relevant especially to share the storytelling behind the Made in Italy brand and its handmade sneakers.

“A social network is a good tool. It celebrates individuality, but it doesn’t tell the whole story; it’s too fast for that,” Campara said. “We’re based on word of mouth and that takes time, which is not easy to explain to a bank,” he added, referencing the acquisition of Golden Goose by The Carlyle Group in 2017.

Nevertheless, revenues almost doubled since the acquisition to 186 million euros last year from 100 million euros in the 2016 fiscal year. When it was acquired, Golden Goose was valued at 420 million euros, with earnings before interest, taxes, depreciation and amortization of 32 million euros.

Campara underscored this was an organic growth, as the firm continued to focus on craftsmanship — also establishing a school in Venice to teach how to make handmade sneakers — and on a subtle communication strategy that doesn’t involve gifting or sample placement on VIPs and influencers. Campara said the brand’s customers are the real celebrities, and stressed how they can’t be clustered as they transcend generation, sex, race and nationality.

“In 2018, we produced 1.2 million units for 380,000 consumers, meaning that a customer purchased an average of three pairs of sneakers,” said the executive, underscoring the cult status the brand has reached among its audience. Therefore the company decided to give the chance to its customers to explain what Golden Goose means to them launching the #DearGolden initiative on social media.

Asked about how Golden Goose will grow in the future, Campara said by “getting a new audience without betraying the old one.” He said online is a key tool to reach this goal but stressed the fact that the brand’s strategy won’t change nor adapt to trends, such as collaborations, which he considers as something past.

Campara also said he’s in no rush in reaching new consumers as “like in all families, you welcome who rings your bell, you don’t go to other people’s home.”

“Remain stuck to the vision [you have] and the world sooner of later will come to you” was the ultimate advice he gave to the students.

A sharp direction is high on Alice Carli’s and Nicolò Beretta’s agenda for the re-branding of Italian upper contemporary brand L’Autre Chose, where they hold the ceo and creative director roles, respectively. “It’s not only an effort but also a big passion,” said Carli, stressing the importance of teamwork. 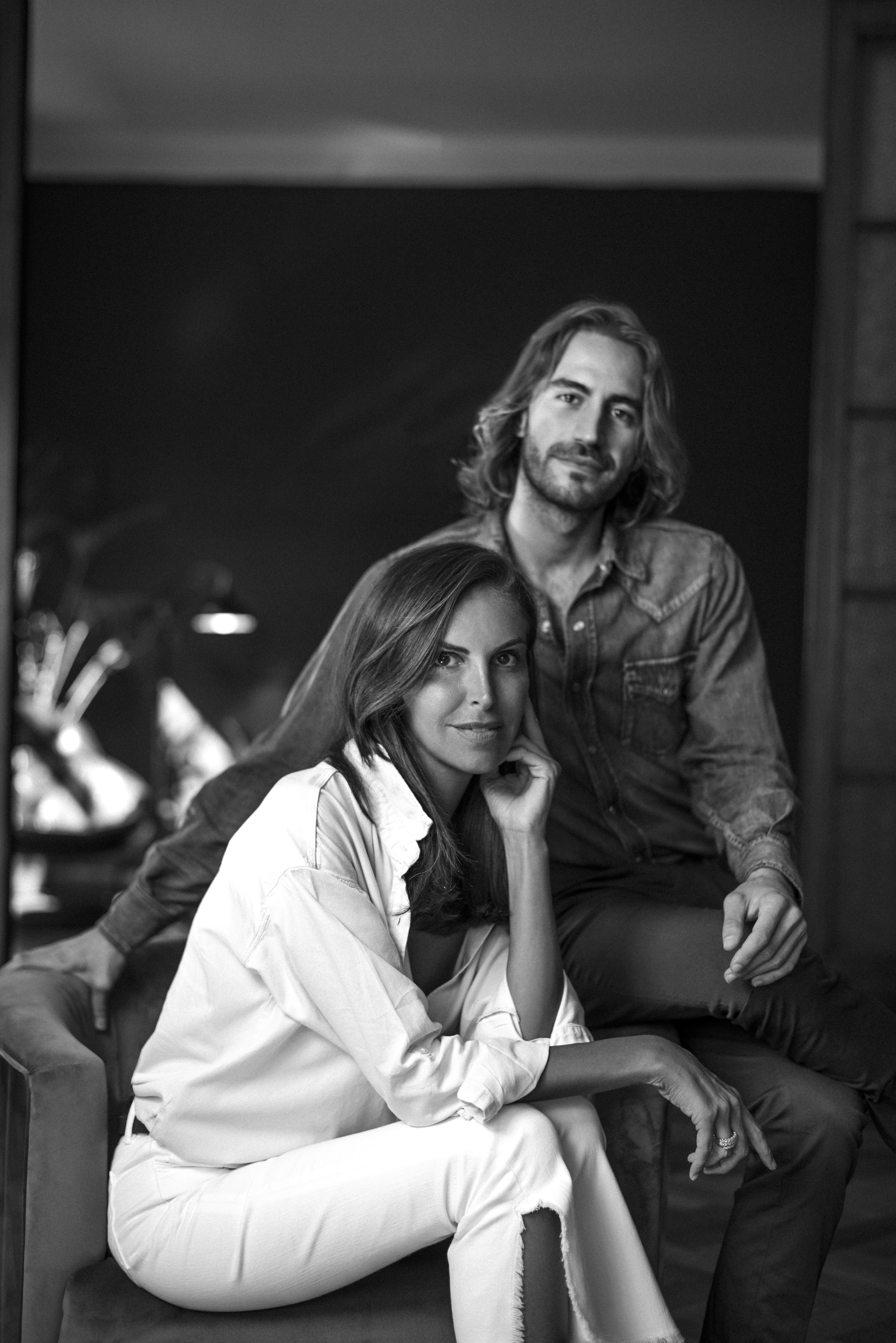 The brand, which is fully owned by Sator Private Equity Fund, has gone through a total revamp under Carli’s lead. In addition to tapping Beretta for the creative post, Carli restructured in a partnership with Farfetch the label’s e-commerce, which showed a 150 percent increase in like-for-like sales, securing 50,000 customers globally, and set an omnichannel strategy in motion.

During the conference, the ceo praised Beretta’s ability to overhaul the brand’s image aimed at positioning the label to be “the first choice among the diffusion lines but with the added value of a creative direction. The image, which is crucial, must be in line with luxury brands,” she said.

“The digital world definitely allowed us to cancel the past, or hide it. When I started I needed to create a blank page, keeping the high quality, the production sites, the price point but making something beautiful out of them,” Beretta noted.

In order to meet the new vision, the duo announced that in September the brand will relocate its Milan’s store from the current Brera location to Via Croce Rossa, around the city’s Golden Triangle luxury shopping district. 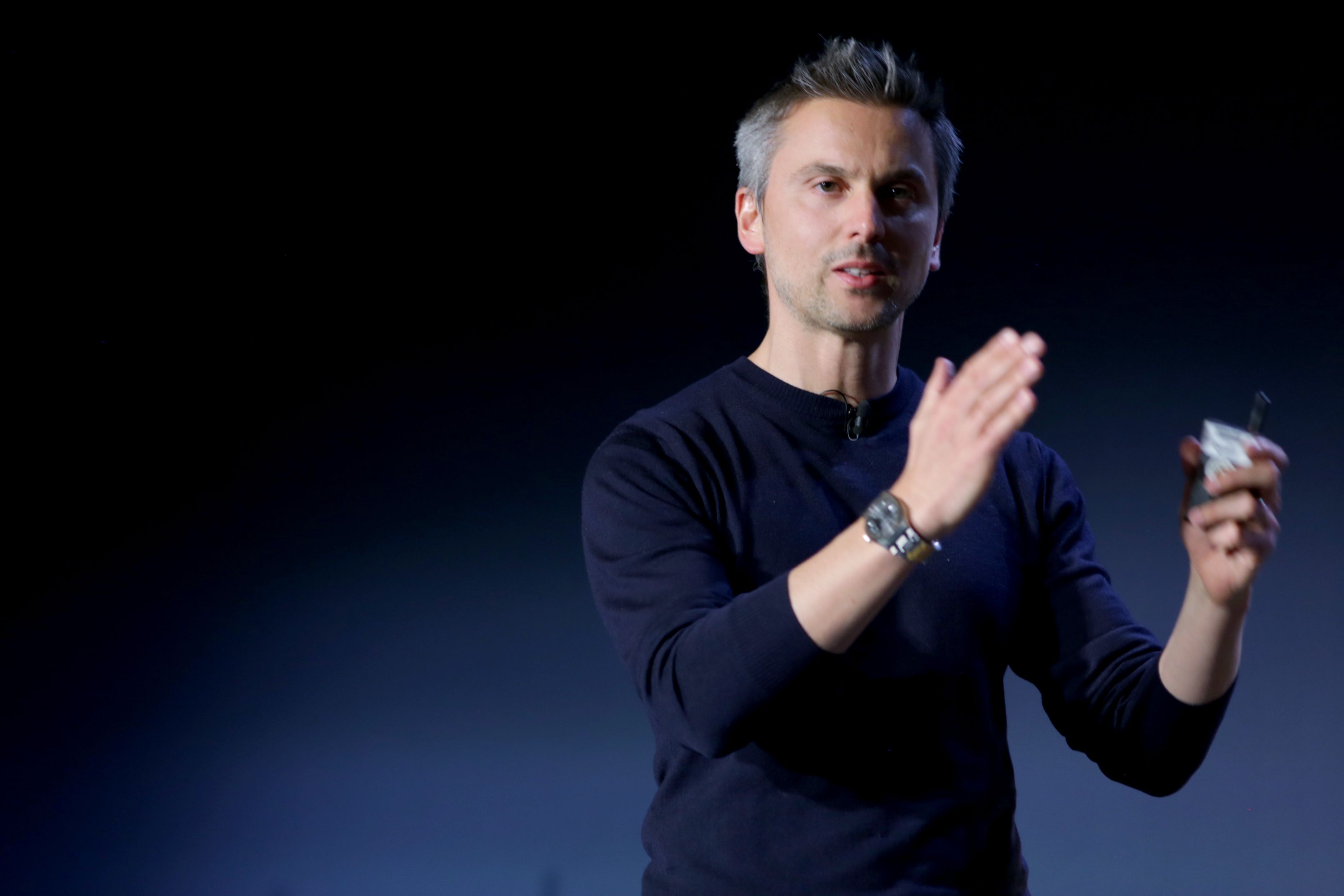 Although the retailer generates 95 percent of its sales online, and 80 percent outside the U.K., Jerome described the location as “an amazing excuse to create contact, to tell every person our story with authenticity,” he said.

In the nine months since the opening, the retailer has organized 102 events. “Think about 5 Carlos Place as a broadcaster,” he said, adding every initiative at the store is shared through Matches’ social channels and online platforms.

“The good point is that Italians are very good at offering experience, it’s in our heritage. We should become more aware of it and exploit, further expanding into retail,” she said. In particular, Lazzaroni believes that finding the right balance between off-line and online is crucial for Italian luxury companies. “To offer the right price in the right place is the most difficult issue,” she said, noting that brick-and-mortar retail has reached a saturation point and is even decreasing, while “the digital arena, which was quite mute here, is now picking up.”

“I hate when people say ‘store of the future.’ We don’t believe that in-your-face technology works. Technology should be in the background, should be silent, to provide the best customer experience,” Jerome stressed.

Talking about the increasing competition online, Jerome touted Matches’ ability to understand the data it collects, which he believes will be key in boosting the company’s growth in the coming years. “Time is the most challenging aspect as online sales are growing and we need to gain those increasing market shares,” he explained.

If data allows for a better understanding of a company’s customer base, it’s essential that firms embrace a consumer centric approach, according to Davide Castelvero, head of client engagement and customer relation management at Marni.

“It’s very simple to collect data, but it’s extremely important to understand them. Tons of data cost a lot so you are forced to have the ability to leverage them,” he contended. “Keep in mind that financial results are driven by people: clients buying your products,” he stressed.

As an increasingly important asset for luxury brands, CRM functions should “raise to the c-suite position, otherwise you can’t influence the bigger decisions,” he explained noting “the most sophisticated companies should start thinking in terms of chief client officer [positions].”

“Customers are still changing faster than business does and the brands that are rising to the top and overtaking the competition are those really relevant and responsive,” noted Lidi Grimaldi, managing director at Interbrand, presenting the firm’s Best Global Brands report for 2018 to the audience, which, as reported, saw luxury as the top-growing sector in percentage terms, with a 42 percent growth.

The luxury industry was able to leverage “cultural symbiosis, meaning it is able to be always in tune with customers, and experience governance, as it controls the experience from the upstream end downward,” Grimaldi offered, mentioning Gucci and Balenciaga among the bravest and most disruptive luxury labels.

“The competitive advantage is dead in our era, and luxury brands succeeded because of their business model structured to run fast,” Grimaldi added.

In addition to fueling engagement for customers, both mass and premium labels often observe the Chinese consumers as the benchmark for future growth. These were defined as “superconsumers” by Andrea Fenn, ceo of Fireworks, a consultancy firm based in the Asian country which offers digital solution to international brands aiming to enter the market.

“China is probably the most digitalized place in the world, people have their faces always stuck on their [mobile devices’] screens,” he said, noting the country moved “from practically the lack of opportunity, straight to the abundance of technology.”

According to Fenn, digital and technology-based solutions penetrate the Chinese market more rapidly then elsewhere. He noted e-commerce took 14 years to take off in the U.S. as opposed to nine years in China while online payment methods penetrated 50 percent of consumers in four in the Asian country, while the U.S. are still lagging behind.

Triggered by the highly engaged use of social media, the abundance of marketplaces and the rising business opportunities, Fenn said customers in the country are “influencers and brands themselves,” thus making it harder for luxury labels with a heritage to maintain their influence and brand awareness.

Meanwhile, Lazzaroni focused on the state and future scenario of Italian luxury players, most of which are family-run, and the difficulty in adapting to the times introducing in their top management structure new, external managers and roles.

Among the future challenges for the Italian fashion industry in general, Lazzaroni mentioned the scarcity of trained professional figures to cover craftsmanship roles that are at the very core of the national manufacturing reputation and are the most sought after by luxury companies. According to Lazzaroni, in 10 years about 50,000 job positions will be missing, a gap driven by institutional and technical problems as schools are managed independently by each region. “We also need to work on the reputation of these jobs, enhance the understanding that they’re opportunities for money and for working in beautiful companies,” she concluded.