What Brands Should Look for in a Chinese Partner

The number of deals between western brands and Chinese firms is surging, but there have been far more nonstarters than success stories.

Chinese investors and partners: Are they a turnkey solution that will open doors to the world’s most lucrative consumer market, or a culture clash waiting to happen?

The number of deals between Western brands and Chinese firms is unmistakably surging, from the sale of a majority stake in Jason Wu to private equity firm Green Harbor in May to the stream of acquisitions and partnerships coming from the likes of Ruyi Fashion Holding Group and Fosun.

Self Portrait is the latest brand to hold talks with several interested Chinese parties. Brand founder Han Chong revealed to WWD that the London-based contemporary women’s wear label is targeting a venture for China with a local fashion company and expects to finalize a deal soon.

“China moves so fast; in order to catch up with that, having a good partner is crucial,” said the designer. “Despite me being Malaysian Chinese, it’s still very hard for me to navigate the way, the speed and the culture of Chinese doing business.”

WWD has also learned that Zadig & Voltaire is expanding its venture with IT Group to include Mainland China, despite owner Thierry Gillier’s rude comments regarding Chinese tourists back in 2012, which resulted in muted interest from investors for the brand.

The thesis for these deals is evident: Chinese consumers are the largest, most dynamic luxury buyers in the world, accounting for 33 percent of worldwide luxury sales last year, and that number is expected to jump to 50 percent by 2025, according to Bain & Co. As the government in Beijing moves to repatriate spending, the Chinese are doing more of their luxury goods shopping at home, meaning the onus for brands to have a strong China presence is growing and with it, the need for a Chinese backer with local know-how and a social network.

But those who have attempted it point to a very mixed bag of results. There are far more nonstarters than clear-cut success stories. Brands like Buccellati, Sonia Rykiel, Cerruti 1881, and Gieves & Hawkes, among others, were either put up for sale again or simply went into administration after being brought by Chinese investors.

It could be difficulties in the format that derail the business, as in the case of Sanpower and U.K. department store operator House of Fraser. Or in the case with many of the labels under First Heritage Brands, the private investment arm of the families of Victor Fung and William Fung, it could be a mismatch of capabilities.

While there’s no doubt Li & Fung is a formidable global player, its expertise is in sourcing rather than retail. Faced with immense pressure in its core business, its portfolio of fashion brands, save for Belgian brand Delvaux, has yet to hit their stride. 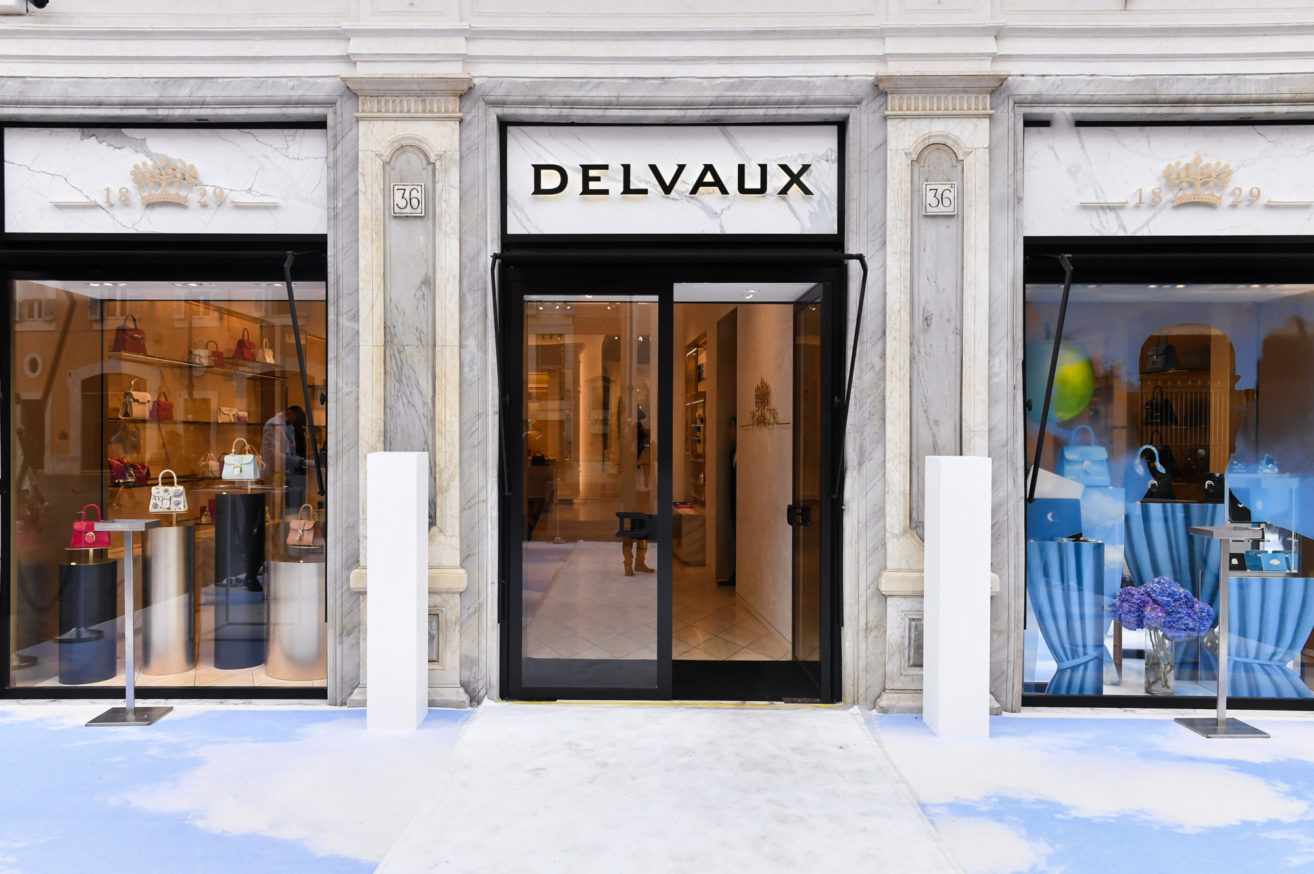 Delvaux claims to be the oldest luxury house in the world and is owned by Hong Kong’s First Heritage Brands.  Courtesy

Meanwhile, the Chinese market is becoming tougher for potential entrants. There’s increased competition, offering more choices to consumers; decelerating GDP growth, and the trade war with the U.S. is casting a shadow over consumer sentiment.

Naturally the particularities of each case of Chinese investment in a Western brand vary. But to understand why so many of these investments languish, it helps to look at how deals originate. Despite their rising clout, Chinese players, who are new on the scene, can struggle to get a place at the table.

“Let’s be honest — truly desirable brands won’t come to Chinese investors at the moment,” said Ruisun Shi, founder of IBCI, a Chinese company that specializes in international fashion brand investment and management. Over the past eight years, Shi has helped a dozen leading Chinese fashion companies — each with a minimum annual turnover of 150 million renminbi, or $22.36 million at current exchange – approach international fashion brands. Its clients include JNBY, EPO Group, Peacebird, Dazzle, Anta, Ellassay and more.

An example is Lunar Capital, which this year acquired the long-unprofitable Shanghai Tang after it bounced from Compagnie Financière Richemont to Italian textiles business owner Alessandro Bastagli and Cassia Investments, or Icicle Group, which bought Carven out of administration. These are not exactly hot assets, but are brands beset with problems that would benefit from hands experienced in turnarounds.

“The first filter for a strong valuable luxury brand is that LVMH is going to look at it and Richemont is going to look at it,” said OC&C Strategy Consulting partner Pascal Martin. “And after that, at least two or three European groups may look at it and only then will it be available to Chinese investors — unless you have [an SMCP] where it was in the hands of a private equity investor and they decided to sell it to a Chinese group because they could get a good value for it and they are primarily concerned about value.”

There are factors to do with culture and familiarity to consider as well, Martin continued. “If you have an old Italian family that has owned a luxury brand for centuries, they probably would be more comfortable with a European owner than a Chinese owner,” he said, “because it’s probably easier for language reasons or it might feel more comfortable to be part of a European group. They are likely to accept a little bit of sacrifice on the multiple. That probably happens.”

All of which means that when Chinese companies do land a brand, the work ahead is typically harder for them. Possessing the right management skill set becomes even more paramount — and creates another potential area of culture clash. 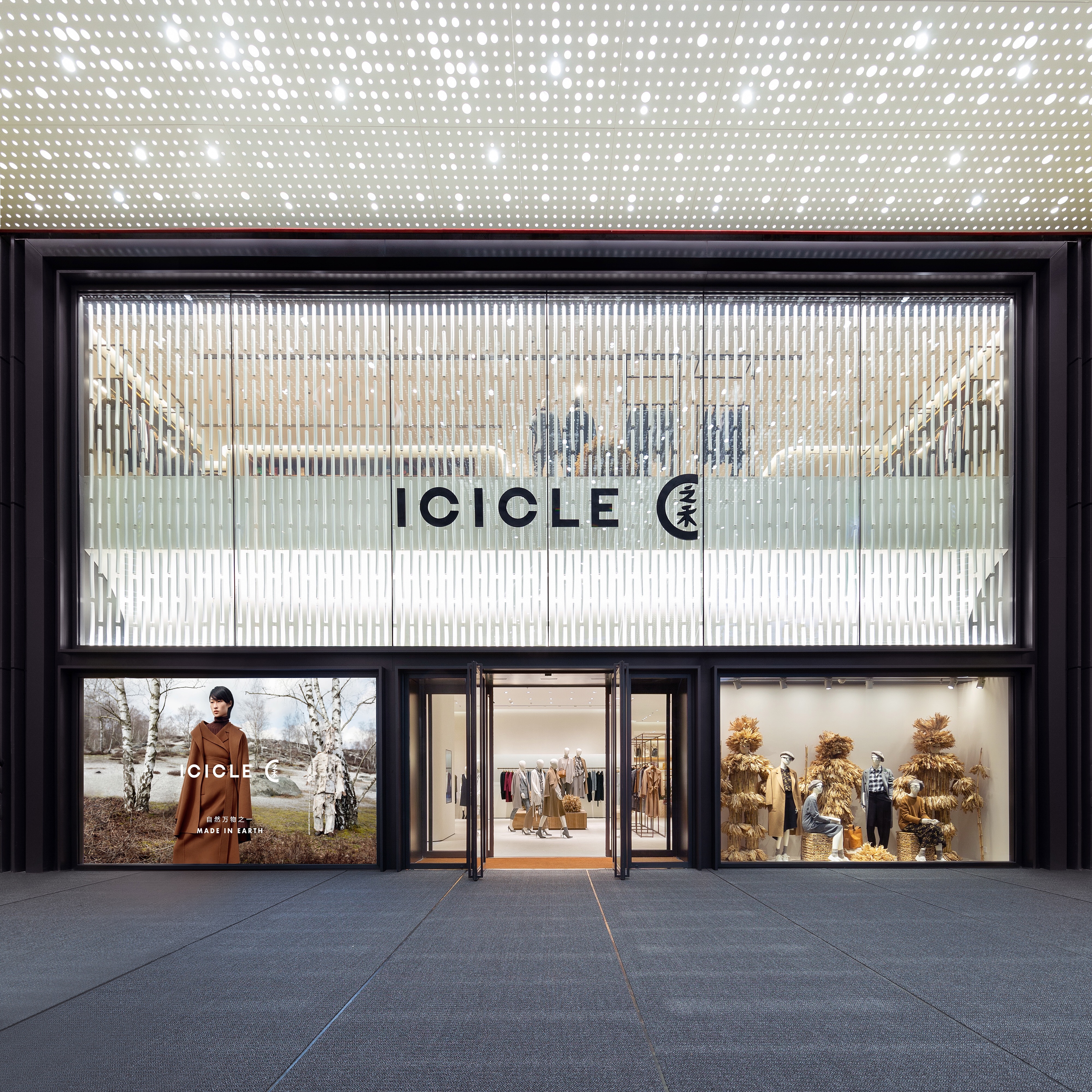 While last month saw a majority of Jason Wu go to Green Harbor, a Chinese private equity firm that has no prior experience in fashion, as a general rule, Shi prefers that local fashion companies, not funds or big groups, do the investing.

“It’s highly technical work. Not only do you need to have money, you need to know how to spend it as well. Even on a global scale, I doubt whether funds investing in fashion brands is logical,” he said.

Expanding in China, even for Chinese companies, is complicated. For some pure financial investors, the premise of fashion, which is based on intangibles of taste, mercurial trends and emotional desire as opposed to necessity or function, may not be that easy to grasp.

“The challenge is that the design content and the aesthetic — the quality of the fabric, the quality of the construction — is extremely difficult to write down in a business case, the profit and loss account, the balance sheet. But ultimately that is what drives the success of brands,” said Michael McCool, a Hong Kong-based managing director at AlixPartners.

“It’s really a case of investors who think longer term and are prepared to take a more customer-centric view. It’s very easy for an investor to cut costs, and sometimes that’s essential, but if you cut costs and reduce product quality and value, that can be a downward spiral,” he added.

Many would-be Chinese buyers have only modest levels of experience in brand management, although there are efforts to cultivate that expertise. In February, Fosun revealed the creation of its fashion management division, targeting international brands expanding in China.

“From my observation, some of the most successful cases are joint ventures. At the same time, they don’t want the trouble of taking over the whole asset, because they know little about that area. That’s why you see Shangdong Ruyi keep the management of SMCP,” she said.

“They have good cash flow and a good reputation,” the banker said. “They keep a low profile but have deep roots in Italy. Even though their offer may be lower than other competitors, brands would still want to work with them, because they know how to execute.”

But as Zhao himself said in a March interview with WWD, his investments are born out of a personal love and interest in Italian culture. If he had wanted to make money faster, he would not have chosen to work with these fashion labels, he added. 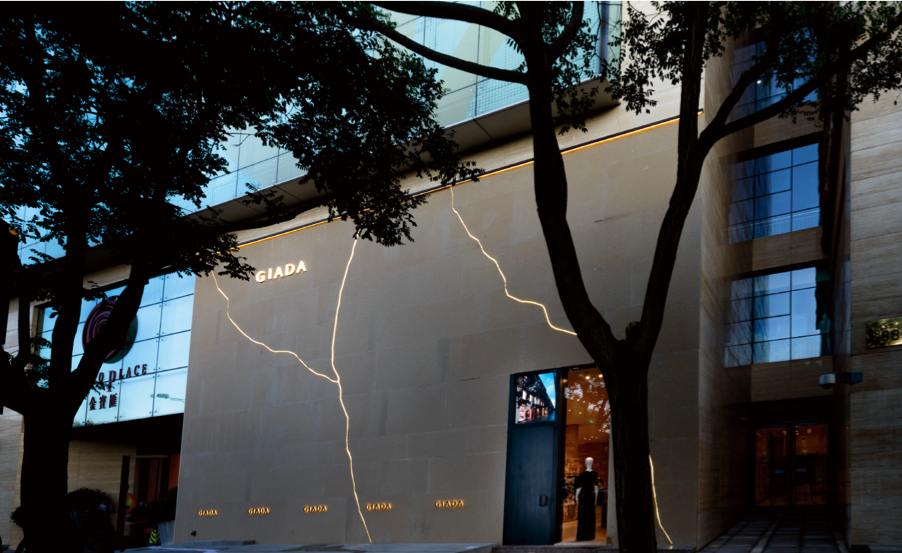 A store for Giada, part of Redstone Group.  Courtesy

It can also require patience, said designer Vivienne Tam, who shared that her search for a Chinese investor started a decade ago. It wasn’t until 2017 that Ellassay acquired her China operations but the Shenzhen-headquartered fashion group has since staged two fashion shows for the brand, in Beijing and Shanghai, and opened 14 stores across the country. The group also offers her “different manufacturing resources and that gives me multiple choices to make things,” Tam said.

Some, like Martin, believe that Chinese firms are better positioned to work with brands that sit outside of luxury.

“If you are a mass brand, it’s more about consumer insights and marketing approaches,” he said. “Then the challenge is to really have the capability to scale and expand. The emphasis is much more on having a very strong operational capability.”

He cites Anta and Fila’s growth story as a prime example. According to Anta brand president James Zheng, Fila achieved 80 percent year-over-year growth in 2018, and is the fastest-growing brand within the group. Anta last year recorded a record net profit for the fourth straight year, of $613.13 million.

“The success had more to do with Anta’s capability along all the aspects of the apparel sector from design to product development to manufacturing to distribution to retailing,” Martin said, adding that he believes that Anta’s more recent 4.7 billion euro purchase of Amer Sports, which owns brands including Arc’teryx and Salomon, will also pan out well.

“Basically they didn’t have to deal so much with cultural aspects of buying a foreign brand because Fila was almost dead. There was just a brand to pick up and to manage it from A to Z,” said Martin.

That’s not the case when it comes to luxury.

“You are buying a family history and DNA so it’s much more sensitive and the skill that you require is much more about cultural sensitivity but also rigor in the management,” he added.