Gucci’s Mark Lee to Step Down 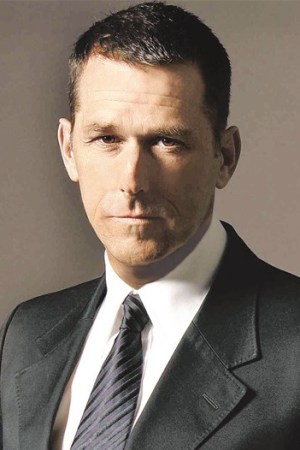 PARIS — In the biggest bombshell at Gucci since Tom and Dom bid adieu in 2003, Mark Lee is stepping down as president and chief executive officer of the Italian luxury powerhouse, effective Dec. 31.

One of the industry’s most admired executives — who grew Gucci revenues 46 percent during his four-year tenure but saw its rise wobble recently — Lee’s impending departure set off a major executive reshuffle at parent Gucci Group on Tuesday.

Lee characterized the nonrenewal of his contract as a “personal decision to rebalance my life” and to spend more time in New York City. He suggested he would not immediately jump into another position.

“I’m committed to Gucci through the end of the year, and then hopefully I get a nice long break to pursue other interests,” he told WWD. “My life has been three or four countries a week.

“I’ve lived a fantastic lifetime of all the evolutions of Gucci and Gucci Group,” added the executive, who has been seen as a deft survivor of the corporate upheaval that saw Domenico De Sole and Tom Ford exit as full ownership of Gucci Group fell to French retail conglomerate Pinault-Printemps-Redoute, now PPR.

“I regret it hugely that Mark is going to step down because I thoroughly enjoyed, professionally and personally, working with him,” Gucci Group president and ceo Robert Polet said in an interview. “These have been four outstanding years together. It’s a great loss for Gucci Group, but it’s something I have to respect.”

Polet assured there would be ample time to ensure a smooth transition at Gucci and Bottega, and “it shows that we’ve been working very hard to create a talent pool that we can choose the best people for those positions.”

To be sure, di Marco will face intense pressure to keep the group’s cash-cow brand on a profitable path at a time when the world’s financial markets are engulfed in crisis and consumer confidence is tumbling in many key regions.

While luxury brands have continued to post good results despite the economic turbulence, Gucci has been under intense scrutiny since it posted a 3.3 percent drop in first-quarter sales, which it blamed on tough conditions in the U.S. and Europe and the impact of currency exchange. “We are not satisfied [with Gucci’s quarter] and we have been addressing it at all levels,” Jean-François Palus, PPR’s chief financial officer, said at the time during a conference call with analysts.

In reporting first-half profits in late August, PPR chief executive François-Henri Pinault assured that Gucci has since “resumed a more traditional growth trend” and trumpeted its dynamism in China. Still, operating income at Gucci was flat at 285 million euros, or $436.2 million, while earnings before interest, taxes, depreciation and amortization margins inched up to 31.6 percent. The numbers compare with growth in 2007 at the brand, when profits rose 5.7 percent to 647 million euros, or $868.9 million, on sales of 2.2 billion euros, or $3.01 billion.

The management change unveiled Tuesday is sure to add a frisson of tension to Gucci’s spring-summer fashion show on Sept. 24 during Milan Fashion Week.

Born and raised in San Francisco, Lee began his fashion career at Saks Fifth Avenue in 1984 as an assistant buyer of European designer collections. He went on to work for Cidat USA, the firm that handled U.S. distribution of some Valentino lines, before joining Giorgio Armani for a five-year career, rising to commercial director of its U.S. arm. After that he worked at Jil Sander America Inc. as managing director before joining Gucci in 1996 as worldwide director of the ready-to-wear business.

A key protégé of De Sole’s, Lee was named president of Yves Saint Laurent in November 1999, where he championed the promotion of one of Ford’s design deputies, Stefano Pilati, to pilot the French house.

A slim and unassuming man, Lee has a reputation as a strong merchant and a dynamic leader with an airtight grasp on all aspects of his business. He is known to be in touch with his staff 24/7 via BlackBerry regardless of the time zone.

Lee succeeded Giacomo Santucci at the helm of Gucci in October 2004, and was instrumental in promoting an insider, Frida Giannini, who had been part of a trio of designers in the wake of Ford’s exit, to the brand’s sole creative director overseeing all product categories. Giannini previously oversaw only accessories.

In the face of a lukewarm reception from the fashion press, Lee supported Giannini’s creative vision and the many new projects she took on, like La Pelle Guccissima, a high-priced line of leather accessories embossed with the Gucci logo. The collection was aimed at raising the quality bar as an alternative to logo canvas bags and helped keep counterfeiters at bay.

“I am naturally extremely sad that Mark has decided to leave Gucci after having led the company to such success in the last few years,” Giannini said. “It has been a real pleasure and privilege to have had the opportunity to work so closely with him. He has constantly supported and respected my creativity and this has always been vital to me.”

Lee and Giannini developed accessories-only ad campaigns, as well as ones dedicated to fine jewelry that for the first time for the brand featured a celebrity. They also hammered out a charity program with UNICEF to support orphans in Africa who lost their parents to HIV. Each year a line of more mass-market driven products is developed for the ongoing project.

Lee also orchestrated a new store concept in the post-Ford era that was first unveiled in Hong Kong and Tokyo. James Carpenter, an architect who built his reputation on glass and how it intersects with light, designed the multifaceted exteriors of the eight-story Ginza tower in the Japanese capital. The interiors were developed by Bill Sofield, the architect who translated Ford’s viewpoint into the brand’s new store design in the Nineties. The new blueprint, however, is warmer, airier and more intimate.

Lee and Giannini were active in boosting the brand’s lifestyle concept and the new stores were conceived to accommodate Gucci’s fast-growing categories such as timepieces, fine jewelry and eyewear.

Lee’s availability on the market in an industry hungry for top management talent is sure to attract intense interest. For example, it is understood Lee was among executives approached about the ceo slot at Barneys New York.

Di Marco, meanwhile, is seen as a friendly, upbeat and charismatic executive who built a strong bond with Bottega’s creative director, Tomas Maier. He joined Bottega in April 2001 from Celine, where he was head of U.S. operations, and developed the Italian label from a small family-run leather business to a global power brand with sales in excess of a half billion dollars.

Recognizing that a one-on-one relationship with consumers was paramount, di Marco changed Bottega’s business model from wholesale- to retail-driven, and in doing so grew the company’s revenues tenfold from 35 million euros, or $45.5 million at average exchange in 2001, to 366 million euros, or $501.7 million in 2007. Retail sales now account for about 85 percent of revenues.

Di Marco built the brand’s retail network to over 100 directly operated units from 17 stores in 2001 and expanded into new markets from Bahrain to Ukraine. He also oversaw significant success in Japan, recording double-digit year-on-year growth there, in contrast to Bottega’s luxury peers, who found the going tough. Sales in Japan finally slowed in the second quarter, but not after big increases following last year’s opening of a 9,700-square-foot flagship in Ginza. Second-quarter sales in Asia, excluding Japan, grew 56 percent.

Di Marco also extended the Bottega brand into new categories, including hand-made fine jewelry and home furnishings. While other brands pushed their logos, di Marco and Maier went the other way, putting the emphasis on quality craftsmanship and individuality.