He will become president and chief executive officer on Feb. 7, succeeding Bud Bergren, who will continue as chairman. 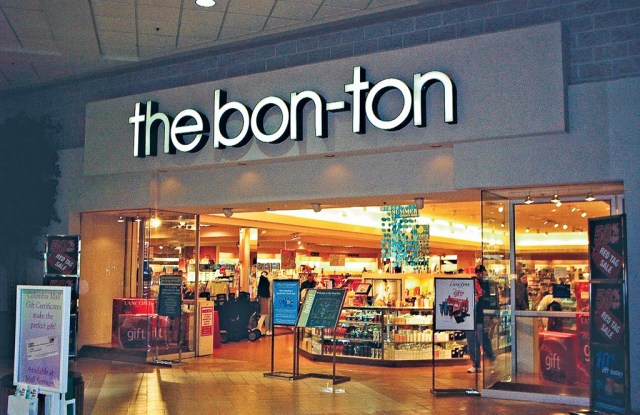 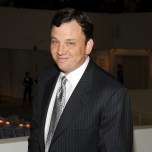 The Bon-Ton Stores Inc., struggling with weak sales and looming debt concerns, is betting on Brendan L. Hoffman to lift the business from the doldrums.

On Tuesday, Bon-Ton confirmed a WWD report that Hoffman would become president and chief executive officer on Feb. 7, succeeding Bud Bergren, who will continue as chairman. The 43-year-old Hoffman is currently president and ceo of Lord & Taylor, which he successfully guided through the recession with sales gains, image updating and some remerchandising toward a more moderate point of view.

“I’m incredibly proud of the results” at Lord & Taylor, Hoffman told WWD. “We just had another terrific year, refinanced our loan and everything worked out well.”

Nevertheless, Hoffman said he became discontent with how his responsibilities had changed, noting that he was losing authority to the shared services unit of L&T’s parent Hudson’s Bay Co. The Toronto-based shared services group includes finance, IT, supply chain, logistics and store operations. “The job shrunk a little bit as shared services became a bigger part of the equation,” Hoffman said. “My need to grow wasn’t going to happen. I wanted a ceo role that encompasses all the disciplines of a retail company, from the front of the house to the back of the house.”

Hoffman said that for months, he had been discussing his concerns with Richard Baker, governor and ceo of HBC, regarding his desire for a bigger role, but Bon-Ton ultimately met his needs. Hoffman said he wasn’t squeezed out at Lord & Taylor, despite consolidations. On Monday, HBC disclosed that it significantly deleveraged by reducing L&T debt by about $500 million and reorganized management by naming Bonnie Brooks president overseeing the merchandise, marketing and store operations of both the L&T and The Bay divisions.

Hoffman said he was further attracted to Bon-Ton because — with $3 billion in sales, and 276 stores in 23 states under a variety of banners including Bon-Ton, Bergner’s, Boston Store, Carson Pirie Scott, Elder-Beerman, Herberger’s, Younkers and Parisian — it’s larger than Lord & Taylor, with about $1 billion in sales. “It’s a much bigger platform and my responsibilities are much broader,” he said.

Bon-Ton is also a public company, unlike the privately-held HBC.

Bon-Ton has a relatively low profile, partly since it lacks a New York flagship, though Hoffman said that didn’t really concern him. “Being a high-profile guy isn’t what drives me. What drives me is adding value to a company, having success and having fun with it.…I enjoy being in the department store arena. There are only a few department stores left. So it was fortuitous that an opportunity presented itself at one when I was ready for the next challenge,” he said.

Discussing the upcoming priorities at Bon-Ton, Hoffman cited improving the recent sales performance. He said he took great pride of the comp-store sales record he built at L&T. “I would expect nothing less at Bon-Ton,” said Hoffman, who will be based in Milwaukee, where Bon-Ton houses its merchandise, marketing and store functions. The company’s finance and systems operations are based in York, Pa.

He downplayed the possibility of making major changes in the staff at Bon-Ton. “I hope not,” he said. He added that he was “proud” that, in the past, he tended to reassign people to different jobs rather than make wholesale changes.

“It’s a funny feeling to find someone to replace your own job,” said Bergren. “But Brendan has done a very good job at Lord & Taylor and Neiman Marcus. We had a couple of internal and a couple external candidates that we considered, but there wasn’t an extensive list.

“We had a tough 2011 in terms of sales, so Brendan will focus on turning that around and rolling out initiatives that have worked well to more stores,” Bergren said.

He cited e-commerce as a big focus, particularly since it only represents 3 percent of the company’s total revenues. “Our goal is to grow it about $30 million a year,” Bergren said.

He said the company is remodeling stores, in a program that began last September with seven in the Lehigh Valley in eastern Pennsylvania, “our worst performing market.” The goal is to have all stores remodeled over the next four years, he noted. Another goal is to gradually increase private label to 25 percent of total volume over the next few years, from the current 21 percent.

The company, which recently disclosed that full-year losses would range from $1 to $1.30 a share, must refinance $480 million in debt coming due in March 2014. “We don’t consider that a high risk,” Bergren said, adding, “There’s no short-term liquidity issue with us.”

Hoffman has been ceo and president of Lord & Taylor since October 2008. For six years prior, he held the same titles at Neiman Marcus Direct, where he grew neimanmarcus.com and oversaw the launch of bergdorfgoodman.com. Prior to that, he was vice president of Neiman’s Last Call clearance division and divisional merchandise manager of men’s of Bergdorf Goodman. He began his career in the executive training program at L&T and rose to divisional merchandise manager of men’s furnishings before leaving in 1996.

“Brendan is a good choice for Bon-Ton because he is a classically trained department store executive with a broad spectrum of experience including dot-com and outlets so he truly has a multichannel point of view,” said Jaimee Marshall, senior vice president at Kirk Palmer & Associates.

Others have indicated that it could be a challenge for Hoffman to mesh with the current team, which includes Anthony Buccina, vice chairman and president of merchandising. However, Emanuel Chirico, chairman and ceo of PVH Corp., said, “Brendan’s strong leadership skills and approachable management style are a perfect match for Bon-Ton’s corporate culture.”

“Brendan will be able to meet the challenges that he will face and formulate a strong plan for sales and profit growth,” added Burt Tansky, the former chairman and ceo of Neiman Marcus Group.