Brands and retailers are setting up logistics and warehousing facilities in Europe in preparation for a no-deal Brexit.

LONDON — Call it the continental hustle.

Hoping for the best and bracing for the worst, some British fashion and beauty businesses have been war-gaming a hard Brexit — which could come as early as April 12 — opening factories, warehouses, logistics and distribution centers on the European continent in a bid to dodge potentially onerous WTO tariffs on imports from the European Union.

Although the British government has promised to soften the blow of a potential no-deal Brexit by cutting import tariffs on 87 percent of the goods, that sweetener will only be temporary, and Britain will eventually have to hammer out a new trade agreement with the EU. At some point in the whole arduous process Britain will likely default to WTO tariffs, which are up to 12 percent for clothing, and up to 8 percent for raw materials and packaging in beauty.

Spooked by the uncertainty and looking to dodge those tariffs and protect their margins, British-based brands that source, manufacture or make their samples in Europe — and move them back and forth across the English Channel — have pivoted, and set up new businesses on the continent. 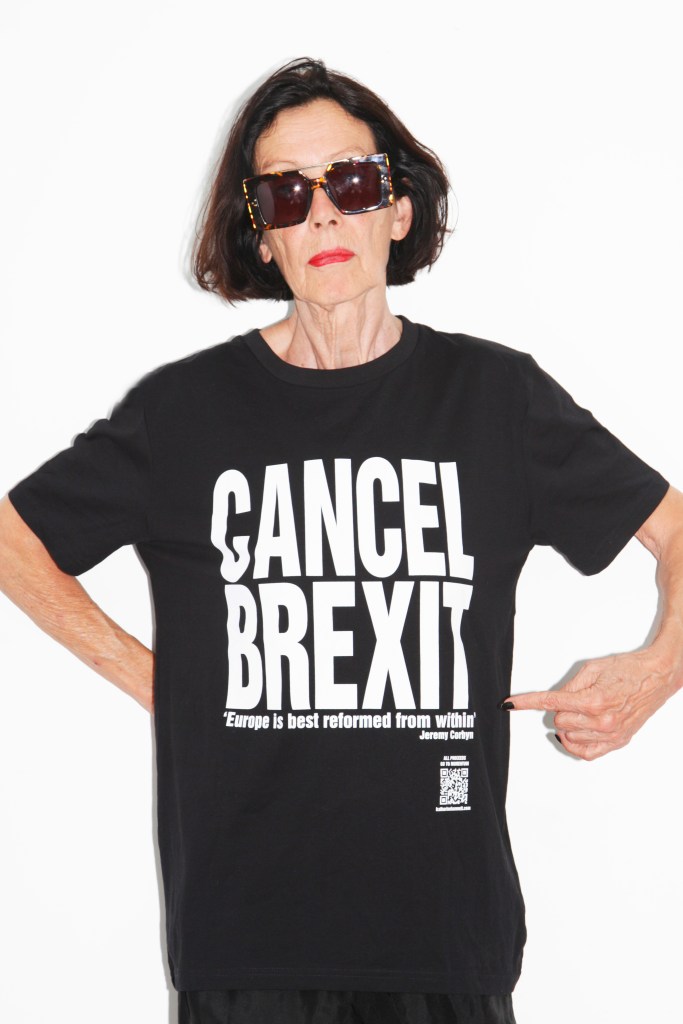 English designer Katharine Hamnett, in one of her slogan T-shirts, believes Britain will only benefit from staying in the European Union.  Courtesy

“We Brexit-proofed early on,” said Katharine Hamnett, who is already operating a product development, production, logistics and distribution hub called Filanda Productions outside Treviso, Italy. She said her operations are completely sustainable and she would welcome other brands tapping into the services.

By basing everything in Italy, Hamnett said she can deliver to clients worldwide without getting tangled up in post-Brexit tariff structures, and she can also take advantage of the new EU-Japan free trade agreement, which took effect Feb 1. Oddly enough for the London-based designer, Hamnett might run into trouble shipping her products to the U.K.

“We still don’t know what the tariffs will be,” she said. 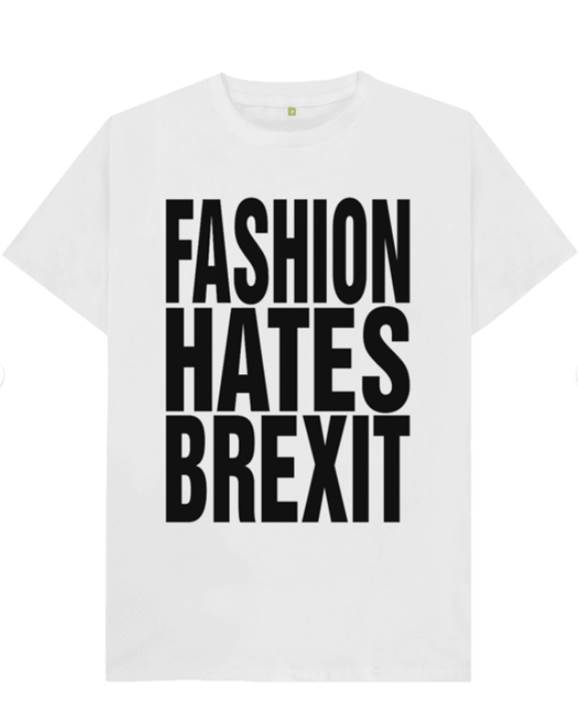 Hamnett isn’t alone: Earlier this year, companies including Burberry, Boden, Next and the men’s contemporary label Universal Works all talked about their contingency plans in case of a hard Brexit.

Universal Works was already producing much of its clothing in Portugal, using fabrics and yarns sourced from EU countries. Now it’s made a full commitment to Portugal, purchasing property and setting up a separate company and logistics hub there.

Although Universal Works’ single largest market is the U.K., the bulk of its wholesale business, manufacturing and supply chain is based in Europe. Given all the Brexit question marks, it had no choice but to downsize British operations and shift its attention to the continent.

“We could no longer afford to think that we could bring our stock from Portugal to the U.K., pick and pack it here, and then ship it from the U.K. to Paris, Berlin, Düsseldorf, Milan or Rome. So we moved all of our logistics to Portugal,” said David Keyte, who is the cofounder, director and designer at Universal Works.

Apparel companies aren’t the only ones making investments on the continent.

On Tuesday, The Hut Group, the British tech company focused on beauty and wellbeing retail that also owns brands such as Eyeko, Illamasqua, ESPA and Glossybox, said it had agreed new funding of up to 40 million euros with the Italian bank Intesa Sanpaolo.

The money will finance the acquisition and fit-out of a recently commissioned manufacturing and distribution warehouse in Wroclaw, Poland. The new facility spans 800,000 square feet, and the group said the facility would provide it with faster and more efficient access to almost 300 million online shoppers.

Matthew Moulding, chief executive officer and founder of The Hut Group, said the Wroclaw warehouse “is not solely fueled around Brexit. But, clearly, associated risks meant that it was wise to advance our global distribution plans. In recent months, THG has also opened local distribution facilities in India and Australia, and is on target to also open facilities across Asia by the end of the year.”

Moulding added that his group has taken “other sensible measures in anticipation of risks around Brexit,” including investing approximately 85 million pounds in additional stock to avoid any possible supply chain disruption while matters are decided.

Fellow cosmetics retailer Lush said last month that a no-deal Brexit would cost the company 2.6 million pounds annually if WTO tariffs came into play. In its latest earnings statement, Lush also talked about the need to stockpile raw materials coming from the EU, which will squeeze cash flow and cost the company about 1.3 million pounds.

Lush has already begun putting measures in place, setting up a factory in Germany to “alleviate pressure on the U.K. facility,” and to ensure deliveries to its European customers in eight countries. 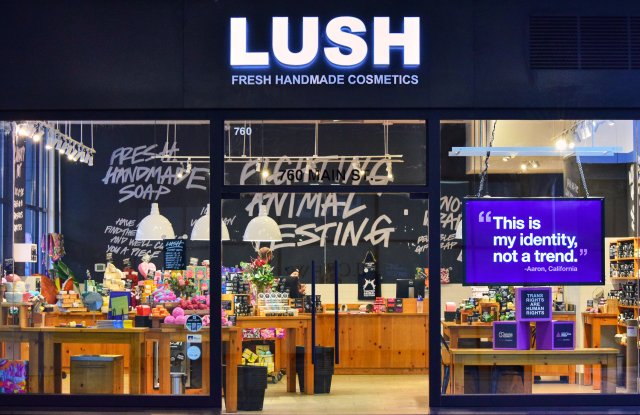 According to a joint report from analytics company IHS Markit and the procurement and supply professional organization CIPS, Lush and The Hut Group are not the only brands stockpiling goods.

Harrods is one of those brands. Michael Ward, the retailer’s managing director and chairman of Walpole, which represents British luxury businesses, said “the continuing uncertainty is impacting the ability of businesses to plan for any form of Brexit outcome, a situation which becomes more dangerous” as the U.K. approaches its exit from the EU and the prospect of a no deal outcome.

“As a sector worth an estimated 50 billion pounds to the U.K. economy, and which relies heavily on frictionless trade with the EU, the British luxury industry is profoundly impacted by the lack of clarity from the government on our future relationship with the EU. While British luxury retailers such as Harrods are in a slightly better position simply due to the nature of our business, we are nonetheless bringing in more stock to protect more exposed areas of the business,” Ward said.

Not all businesses have the size, resources or industry knowledge to move as quickly or efficiently as The Hut Group, Lush or Harrods.

According to a recent Mintel report conducted on behalf of CEW, the U.K. beauty industry was valued at 25.1 billion pounds in 2017. That same year, U.K. beauty exports rose 11 percent compared with 2016, while some 65.7 percent of goods were sold to EU countries. Some 66.8 percent of all U.K. beauty imports originated from the EU. 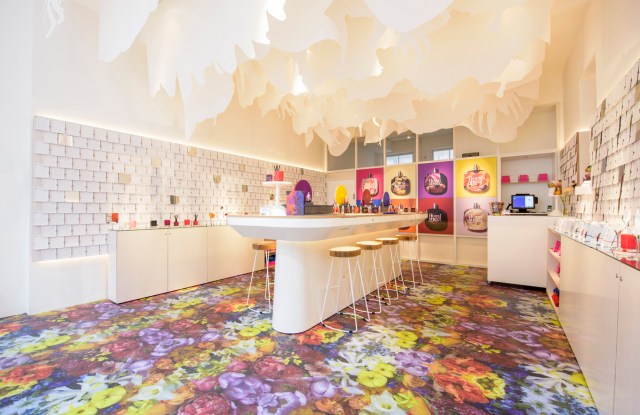 “The continued uncertainty is causing a vacuum in which investing and making an informed decision practically impossible,” Neville said. “Like all those speaking on behalf of business and industry, CEW is hoping for the softest of Brexits.”

The advice given to CEW members hasn’t been overly helpful. Neville said businesses have been told: “‘Don’t start changing too much, and don’t invest in extra costs until we know what is what.’ We don’t know what could be pulled off the shelves at any minute.”

A hard Brexit will also bring job losses. According to CEW, the beauty industry employs more than one million people directly or indirectly. With companies restructuring or offshoring their manufacturing and supply chains, unemployment rates within the beauty sector will most certainly rise.

Boots, Britain’s largest pharmaceutical company and one of its largest retail chains, currently has to get its drugs approved by EU authorities, which means to-ing and fro-ing goods across the Channel. A source told WWD that if the U.K. does not have a simple, or no-tariff, barrier with the EU then Boots “will move a lot of their business to Europe, and that will be a big, big disaster for its home city of Nottingham.”

Asked to comment on its Brexit plans, a Boots spokesperson said the company is “monitoring the situation closely and preparing for all eventualities.” 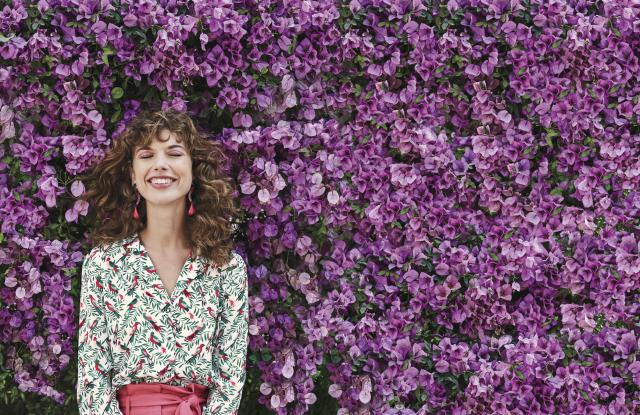 The company said it has established a specialist Brexit planning team working across the business. “Our focus is looking after our colleagues, customers and patients, and we’re working closely with our stakeholders to ensure we’re prepared to continue to offer our products and services with minimum disruption,” the spokesperson added.

Other businesses appear to be unruffled by the uncertainty, and are looking forward to a potentially weaker pound to spur exports.

Michelle Feeney, founder and owner of Floral Street Fragrances, said she does not think Brexit will affect her brand, which sources raw materials from across Europe and gets its biodegradable packaging from the U.K.

“There are always challenges in beauty with compliance and shipping, and we don’t think Brexit will in any way affect us. We set up the company to be a global one,” Feeney said.