Jones was a player in the heyday of the British high street, helping to transform the fortunes of the fashion and home retailer Next.

The Next flagship on Oxford Street in London.

LONDON — Retailer Sir David Jones, who secretly battled Parkinson’s disease as he built a successful career on the British high street, has died aged 79, according to his former employer, the fashion chain Next.

Jones, a savvy accountant with zero fashion flair, rescued Next from collapse during the Eighties after staging a boardroom coup that saw the exit of clothing and design powerhouse George Davies as chairman and chief executive officer.

Davies, with his flair for mass-market fashion, had built Next into a high-street giant during the Eighties, but when costs spiralled out of control and Next’s value on the FTSE 100 plummeted, he quickly fell from grace. Davies would later create successful clothing lines at Asda and later Marks & Spencer.

He did it all while quietly fighting Parkinson’s, having been diagnosed while in his 30s. For years, he refused to tell his employers about the disease, and managed it with a cocktail of pills.

“It is with great sadness that Next plc records the passing of its former chairman and chief executive Sir David Jones,” the retailer said. 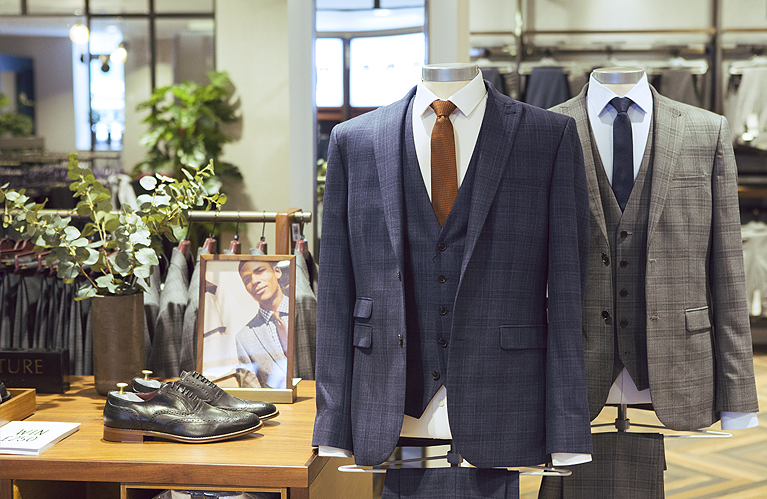 “David will be remembered by many of his colleagues as the man whose courage, good sense, kindness and hard work navigated the company through its most demanding moments in the late 1980s until his retirement in 2006. David was a true friend of Next,” it added.

After turning the company around and managing it through the Nineties, Jones stepped down as ceo in 2001 but kept his role as chairman. He later would become deputy chairman at Morrisons supermarkets and a director at JJB Sports, which eventually collapsed with the assets purchased in part by Mike Ashley’s Sports Direct.

In 2005, he penned an autobiography, “Next to Me: Luck, Leadership and Living With Parkinson’s,” where he talked about his survival strategies, such as fine-tuning his drug doses before important meetings, and ensuring that no one saw his tremors. Fellow retailer and Topshop owner Sir Philip Green wrote the foreword to the book, and the actor Michael J. Fox gave it a rave review.

Jones died as a result of complications from the disease, but his legacy lives on at Next, one of the very few British high-street fashion retail chains still making money. Unlike fellow British retailer Marks & Spencer, it remains in the FTSE 100, with a market capitalization of 9.53 billion pounds.

Next has more than 500 stores in the U.K. and Ireland selling men’s, women’s and children’s clothing as well as home products. Internationally, it has 200 stores in 35 countries, most of which are franchises. The company spun its thriving catalogue business into an online one, which now has 5 million customers in 70 countries.