"There is a disconnect. Our prices are so good, they don't believe it," said the ceo, who expects China to soon be its second largest market.

By Tiffany Ap on May 25, 2018
twitter@Tiffany Ap
View Slideshow 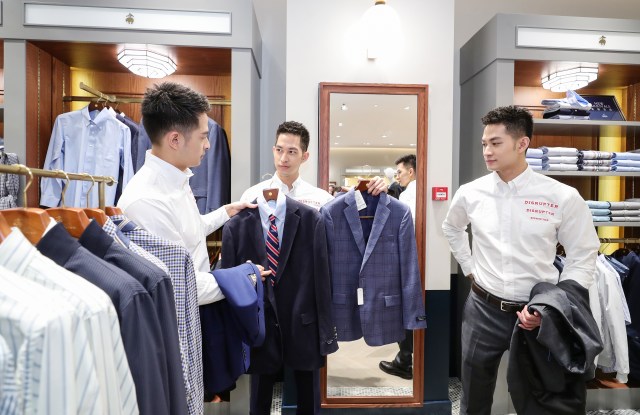 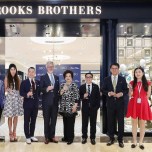 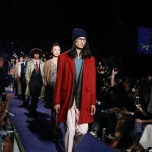 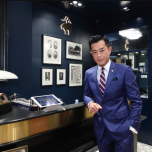 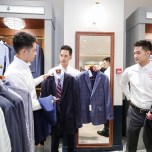 SHANGHAI — Brooks Brothers is celebrating 200 years since its founding and nearly 20 of those in China — but chief executive officer Claudio Del Vecchio would like Chinese consumers to be reintroduced to the American icon.

The executive, who was in Shanghai for the third leg of the brand’s bicentennial celebrations after parties in Florence and New York, has high hopes for China, envisioning it as the company’s second biggest market within the next two years, and even one day, its largest.

Brooks Brothers brand ambassador Louis Koo, actor triplets the Luu Brothers and influencers like Mr. Bags came out to celebrate the opening of a store at the HKRI Taikoo Hui mall with a fashion show set to an orchestra, followed by a dinner at the just-opened Sukhothai Shanghai hotel.

China forms 10 percent of the company’s top line and is the third-largest market after the U.S. and Japan.

“I think within less than two years, it will be our number-two country,” Del Vecchio said, speaking before the celebrations and dressed casually in a navy polo shirt and dark jeans. “We’ve been in Japan for 40 years and it’s still very strong and growing, but not growing as strongly as China. It’s certainly our biggest opportunity for the next 10 years. Within 10 years, it might actually be our number-one country.”

There’s significant work to be done on the ground, though, to bring that to fruition. In 2016, Brooks Brothers took on a new regional partner, working with Walton Brown, part of the Lane Crawford Joyce Group, taking over from Dickson Concepts.

“Unfortunately, we weren’t present in the market in the way we should be,” Del Vecchio said. “It’s only in the last two years that we’ve been able to show who we really are. Previously, our business was run more as a license, local people who did what they felt was important for the licensee rather than for the brand. Right now, we can control the brand and so we are trying to reposition the brand where it belongs, to tell customers the real Brooks Brothers is here.”

Although he clarified that the business in China is growing profitably and the footprint is still modest — 20 retail stores and 20 outlets in mainland China — Del Vecchio is working on shifting the locations and thus the image of the brand. Landlords need persuading that the retailer should be placed with brands of the same quality, rather than the same pricing, he said.

“Today in China, our biggest challenge is actually that customers don’t know us, [so] they might judge the quality by the price. Because our price is not that high they might not have the perception of quality that we actually have,” he said.

“There is a disconnect,” he added. “Our prices are so good, they don’t believe it.”

Del Vecchio said many industry peers have encouraged the brand to simply raise prices as a shortcut to convincing the consumer, but that’s not a route he wants the brand to take.

“We want to be successful being who we are. That’s the only way it’s going to last long-term. It’s a little more challenging than what people tell us we should do.”

In September the brand launched on Alibaba’s Tmall, although that’s only the start of its online strategy. “There are other opportunities we want to explore,” Del Vecchio said. Its secondary line Red Fleece is a bit more focused on the web, but ultimately both it and the main collection have omnichannel strategies.

“India is not growing as fast as China,” he said. “The opportunity to open stores in India is very small…behind tier one cities [in China] are tier two and tier three. There are 600 cities with more than a million people. One generation is not going to be able to finish the work.”