Buccellati Back in Action With New Investor Richemont

The parent of Cartier and Van Cleef & Arpels has purchased the Italian jeweler, which was briefly owned by a Chinese investment company.

The Buccellati store in Paris.

LONDON — It’s Richemont to the rescue.

Richemont bought 100 percent of the jeweler, whose distinctive latticework designs have become collectors’ items and auction house favorites, for an undisclosed price. The move underlines the difficulty Chinese buyers are having with managing and building high-end Western luxury brands.

The purchase also sheds light on the enduring appeal of fine-jewelry brands — and heritage ones in particular — and proves that a strategic investor such as Richemont can be more precious to a small brand than a mine full of diamonds.

“The acquisition of Buccellati makes eminent sense for Richemont,” said Luca Solca of Bernstein Research. “Buccellati is a brand with strong heritage and character, which can benefit from the expertise and scale of Richemont in jewelry.”

Richemont chairman Johann Rupert, whose last jewelry acquisition was Van Cleef & Arpels in 1999, stressed the importance of longevity and quality in the Buccellati transaction. 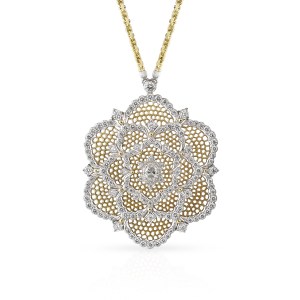 “We welcome Andrea Buccellati, his family and his team. With them, we share a culture of constant quest for creativity, innovation, quality and excellence. We look forward to ensuring the long-term development of this unique jewelry maison,” he said.

Rupert added that Buccellati was complementary to Richemont’s existing jewelry maisons, with regard to style, origins and craftsmanship.

Buccellati was founded in Milan in 1919 by Mario Buccellati, and is known for its delicate designs in gold and diamonds. The pieces are made with techniques dating back to the Renaissance, in Buccellati’s four in-house Italian workshops. Buccellati is also active in the fields of watchmaking and silverware.

Andrea Buccellati, honorary chairman and the brand’s creative director, said not only were he and his family proud to join Richemont, “we value their long-term strategic thinking and look forward to seeing the potential of Buccellati realized” as part of the luxury group.

It remains unclear whether Buccellati’s chief executive officer Gianluca Brozzetti, a jewelry and luxury industry veteran, will stay on. Richemont tends to preserve top managers at newly acquired brands and can promote them to larger roles within the group.

Rupert knows the jewelry business intimately, and it remains Richemont’s highest-earning division: In the first quarter, jewelry sales were 1.83 billion euros, more than double that of the group’s specialist watch division and triple that of the online retailers, YNAP and Watchfinder.

Cartier is Richemont’s money-spinner, generating the lion’s share of the jewelry sales, and group sales. In the first quarter ended June 30, Cartier and Van Cleef & Arpels (the main jewelry brands) saw a 7 percent uptick in sales at constant rates, and a 10 percent rise at actual rates.

Richemont has also been investing in Cartier, Van Cleef & Arpels and another of its brands Piaget, and has repeatedly said it remains committed to the long-term sustainability of the fine-jewelry market overall.

Other companies have been taking a similar long-term view on fine jewelry, which is traceable, sustainable, and long-lasting. In addition, consumers are changing their consumption habits, wanting to buy jewelry alongside fashion and accessories from their favorite retailers. 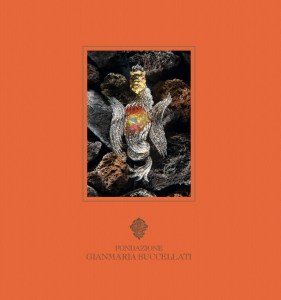 “The Treasures of the Gianmaria Buccellati Foundation.”  Courtesy Photo

Earlier this month, Richemont-owned Net-a-porter became the first retailer to stock Hermès watches outside the brand’s own channel. In August, YNAP said it would offer Cartier watches on a permanent basis on both Net-a-porter and Mr Porter, building on the success of the jeweler’s pop-ups on both sites.

Cartier made its online debut in May last year, with an exclusive pop-up on Net, to launch the latest iteration of its famous Panthère watch. The brand quickly resonated like a lightning bolt with the retailer’s audience.

Although Richemont declined further comment about the Buccellati purchase, an industry source said the luxury giant is looking to replicate the success it has had with Van Cleef & Arpels, which was also a small, high-end brand when it was purchased in 1999.

“Buccellati is also a pure brand, there are no licenses, and it has a rich history and patrimony. It has very specific know-how, in-house production and is highly recognizable,” the person said, citing the brand’s appeal to Richemont.

It is also understood that in purchasing Buccellati, Richemont was taking advantage of a market opportunity rather than starting on a fresh M&A streak. It certainly has the money to spend. As of March 31, 2019, the group’s net cash position was 2.53 billion euros.

Solca said he believes Richemont will remain very “tactical” with M&A going forward, and believes that the luxury group paid less than the original equity value of 230 million euros when Gangtai took over the company in 2017.

In addition to enriching Richemont’s portfolio and bulking up its share of the fine-jewelry market, the Buccellati purchase underscores the difficulty that Chinese owners have been having owning Western brands.

Gangtai and other Chinese purchasers have fallen foul of the government’s tighter rules on overseas investment, the trade war with the U.S., and the devalued renminbi.

Gangtai had purchased 85 percent of Buccellati, with the namesake family and private equity Clessidra SGR retaining a 15 percent stake. Gangtai, which has investments in a range of businesses, paid 195 million euros for its holding in Buccellati.

Not long after Buccellati sold its majority stake, WWD reported that the jeweler’s founding family members were frustrated over a lack of investment in the house.

At the time of the investment, Gangtai Group had planned to invest 200 million euros to boost the international expansion of the brand over five years, channelling investments in the opening of 88 directly controlled stores in that period, of which 27 would be in Greater China.

That ambitious plan never materialized, and Gangtai opened just eight boutiques under the Buccellati banner: six in China, one in Moscow and one in Sardinia’s luxury resort Porto Cervo.

There is also the lingering issue of how well Chinese investors can manage luxury brands.

According to OC&C Strategy Consulting partner Pascal Martin, mass brands can often be easier to handle. He said that with luxury, “you are buying a family history and DNA so it’s much more sensitive and the skill that you require is much more about cultural sensitivity, but also rigor in the management.”