In a rare interview, Sandro Veronesi, who founded the company in 1986, revealed that net profit last year reached 137 million euros, or $176.7 million. 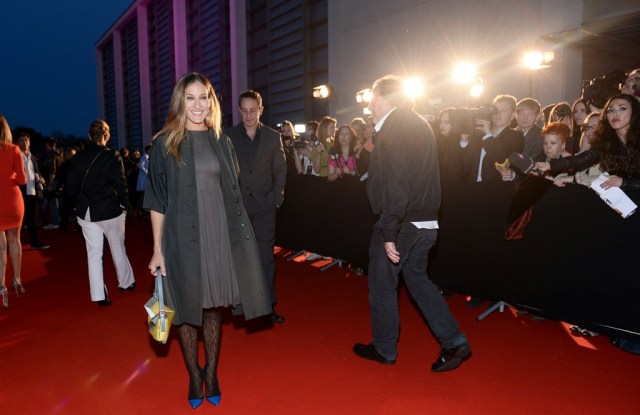 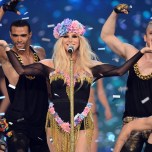 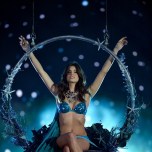 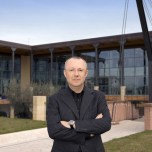 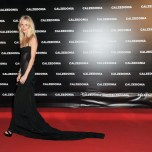 Revenues in 2012 grew 16 percent to 1.5 billion euros, or $1.9 billion euros, compared with 2011. Dollar amounts have been converted at average exchange rates for the periods to which they refer.

“The group’s three cornerstones are retail, product design and manufacturing,” said Veronesi, sitting in his spacious and luminous office at the group’s headquarters outside Verona, not far from the Montichiari and Castel Gandolfo hosiery hub.

A brick drawbridge leads into the modern glass building that houses facilities such as a kindergarten, and a restaurant and spa for employees in the hotel lodged a few steps away in a small medieval castle that Veronesi has restored.

“The bridge symbolizes the past leading into the future, represented by the glass,” said Veronesi, speaking ahead of the Calzedonia Forever Together Summer Show held in Rimini, Italy, last Tuesday. Drawing guests such as Sarah Jessica Parker, Tali Lennox, Leigh Lezark and Poppy Delevingne, the event comprised a beachwear runway show and performances by Ke$ha, The Misshapes and Planet Funk.

“I wanted to show a sign of optimism at such a dreary time. This makes me think of fun summer times at the beach with friends. This is not a one-off,” he said, declining to provide details on how much the event cost.

Asked if Victoria’s Secret extravaganzas were an inspiration, Veronesi said: “This has more an Italian character and we want to tell a story, but we do respect and look at the top companies in the sector.” He indicated a desire to grow the group’s beachwear division through such ventures.

Calzedonia partnered with Victoria’s Secret about seven years ago to introduce the Intimissimi label in the U.S.

There are currently 3,300 Calzedonia and Intimissimi stores in 30 countries, and the goal is to reach 3,700 by the end of 2013. The new openings are focused abroad, where more than half of the projected total units have already been opened.

“The economy is lagging in those countries that were central and strong for the company — Italy and Southern Europe, Spain, Greece and Portugal. But we have decided not to raise prices despite the increase of costs in order to maintain an appealing quality and price ratio,” explained Veronesi, who has contributed to reshaping the industry in Italy with his affordable and trend-oriented collections.

“The market is sleepy, we need to stimulate and renew our offer constantly,” he added, noting that two-thirds of sales are derived from innerwear, while hosiery and swimwear account for the rest. Veronesi shies away from total looks, and would rather “specialize for more credibility.”

The company took control of the historic cashmere brand Falconeri in 2009, which counted 41 points of sale at the end of 2012, including venues in Milan’s Via della Spiga, Rome, Florence, Moscow and Saint Petersburg, Russia.

The entrepreneur initiated the group’s expansion in France and Germany two years ago, where there are 40 and 30 stores, respectively. He has developed business in Eastern Europe and Russia, which is now the second-largest market after Italy. In 2013, growing a presence in the Far East is high on the agenda, as well as the Middle East and in Brazil, where there currently are 15 stores. Units in Hong Kong and Tokyo will open this year.

The company last year spent 86 million euros, or $111 million, on communications, and Veronesi said he has also upped the ante on communications outside Italy. Gisele Bündchen has regularly modeled for Calzedonia ads as well as Irina Shayk for Intimissimi.

In 2012, sales for all group brands showed gains: Hosiery, socks and beachwear sales by Calzedonia were up 16 percent to 487 million euros, or $628.2 million, while innerwear brand Intimissimi showed an 8 percent gain to 481 million euros, or $620.5 million. The more-trendsetting innerwear label Tezenis, which counts stores in capitals such as London and Moscow, grew 25 percent to 401 million euros, or $517.3 million. Products are sold only in branded stores, either directly operated or franchised. Location, image, marketing and communications have largely contributed to the success of the group’s retail network, he said.

Although speculation on a public listing periodically surfaces, Veronesi said there are no plans to go public.

The company counts 20,000 employees globally, of which 2,200 are in Italy and 88 percent are women. Company-owned factories located in a range of countries in Europe and Eastern Europe (Croatia, Serbia, Romania and Bulgaria) and Sri Lanka produce 85 percent of products.

“The market is constantly evolving and we have to do better than the day before,” concluded Veronesi.