After marking 30 years in business in 2010, the designer one-upped celebrations with another milestone last year: $1 billion in sales. 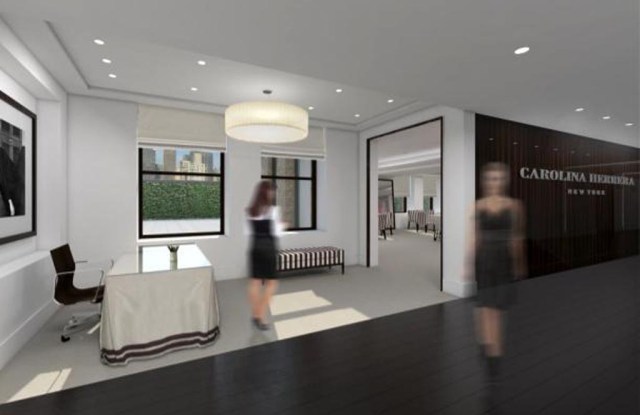 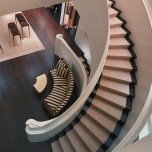 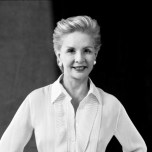 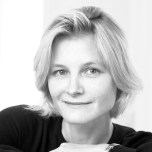 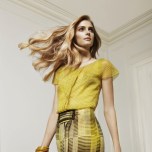 NEW YORK — After marking 30 years in business in 2010, Carolina Herrera one-upped celebrations with another milestone last year: $1 billion in sales.

According to the Puig-owned fashion house, Herrera had global retail sales estimated at $1.3 billion last year, up 21 percent from 2010. Including the Carolina Herrera New York and CH Carolina Herrera brands, the company had combined wholesale and retail sales of $700 million last year. The business last year was about equally split between fashion sales and revenues from Herrera’s fragrance portfolio.

The company’s growth has been fueled by a slew of strategic initiatives spearheaded by president Caroline Brown, who joined the company from Akris two years ago.

“This company has a long history, and therefore a great foundation to build upon,” Brown said in an exclusive interview about the company’s recent growth and future strategy. “The results we had in the last year, which we’re extraordinarily happy about, were [the consequence] of many different efforts coming together at the same time. We saw growth in each of the business units within Herrera.”

Brown said the growth stemmed from a focus on product development, including the design of a complete range of daywear. There also was a big push on the wholesale side and in international markets. By year-end, the Herrera name, i.e. both Carolina Herrera New York and CH Carolina Herrera, will be available at more than 400 points of sale in 30 countries.

“It is a global company now,” said Herrera, sitting in the calm environs of her Madison Avenue flagship’s bridal salon, wearing a Glen plaid suit from her own collection. “Thirty years ago, I didn’t think I was going to go around the world. You are working on something, and you don’t always know where you’re going, so for me, it’s fabulous.”

The momentum appears to be continuing into this year. In the first quarter, revenues of the Carolina Herrera New York brand were up 28 percent overall, with a 90 percent rise in global sales. In addition, the CH lifestyle brand registered a 20 percent increase in first-quarter sales.

The growth is based on a multitiered approach that includes expansions in bridal- and eveningwear as well as daywear, recent category additions such as eyewear, an increase in wholesale distribution and the continued rollout of freestanding CH stores. The Icons of the House capsule collection, which launched last year and offers pieces inspired by Herrera’s own wardrobe, also provided an additional revenue source.

The company is also building a worldwide presence for Carolina Herrera New York, particularly in the Middle East. Next month, for instance, the company will open a shop-in-shop at 51 East in Doha, Qatar.

“We’re in active discussions right now for further retail partners in new markets,” Brown said. “We believe it’s very important to have a combination of the skills within the house but also local expertise.

“You have to think globally now, because this is how people live, and there are consistencies all over the world in how people want to dress and how they shop,” added Brown, who declined to disclose future growth projections. “As you grow a brand and strengthen a brand, you can never afford to think just by one region. It’s all connected.”

As key to the brand as fashion is Herrera’s extensive portfolio of 49 fragrances under Puig, which includes CH Caroline Herrera, 212 and Carolina Herrera. Last year saw the launch of extensions to the 212 and CH fragrance brands: 212 VIP Men and CH L’Eau by Carolina Herrera, which Puig highlighted as helping to drive growth in its overall fragrance division.

The Herrera name also got a significant boost in international exposure when the designer created the wedding gown for Kristen Stewart’s character Bella Swan in “The Twilight Saga: Breaking Dawn.” “It was a great opportunity to do something that everybody will see,” said Herrera, who couldn’t conceal her own love for the “Twilight” movies. “I like the idea of the theme. It’s about first love, innocence, even if they’re vampires.”

Brown added that the dress’ worldwide resonance was “phenomenal,” bringing more attention to the designer’s burgeoning bridal category, and she disclosed that executives at the firm are toying with some new ideas, including a freestanding boutique for the category.

The company recently started renovating its 505 Seventh Avenue headquarters, which will increase the space by about 70 percent to 30,000 square feet. The first phase, including the production and design atelier, is finished, with the rest expected to be finished by December. “It’s very modern and state of the art,” Brown offered. “It will allow us to move and grow at a fast speed.”