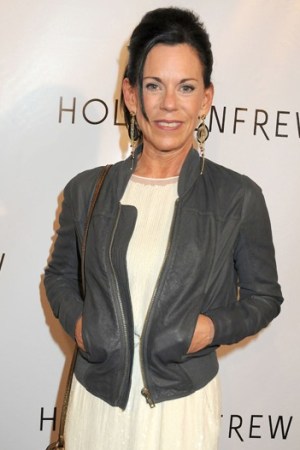 Lerner has been replaced by Mark Derbyshire, who was chief talent officer for Wittington Fashion Retail Group, the holding company for Holt Renfrew in Canada, Selfridges in the U.K. and Brown Thomas in Ireland.

Derbyshire is not a merchant and rarely does a human resources executive make the leap to ceo. In addition, the switch at the top comes just before the Winter Olympics next month in Vancouver and as Holt Renfrew seeks to capitalize on the expected increased traffic to Canada.

However, leadership changes often occur at the beginning of a new year, after a company has had time to digest its results, and Derbyshire is well versed in the Holt Renfrew business. Before his stint as chief talent officer, he was Holt Renfrew’s vice president of human resources from 2004 to 2007. Derbyshire also has experience in operations, planning, marketing and brand building, and holds an M.B.A. in marketing and strategic management.

“Mark has displayed tremendous leadership and business acumen over the six years he has been with our organization,” said W. Galen Weston, chairman of the privately held Wittington.

Derbyshire also held the title of vice president of Wittington, which credited him as “an authority on driving profitability through people at Selfridges, Brown Thomas and Holt Renfrew.”

“It’s not just about employing the best people,” Derbyshire said. “It’s about building the best teams that provide our customers with unparalleled service.”

Lerner had an eventful five-year tenure at Holt Renfrew, striving to bolster its luxury appeal on a global level. She opened new stores in Vancouver and Calgary, stepped up remodels, particularly at the Bloor Street flagship in Toronto and the Montreal flagship, and rebranded the business with a magenta and gray stripe design for packaging, signs, hangers, logos and advertising.

In addition, Lerner reclaimed ownership of the store’s shoe business by phasing out the Brown Shoe license, returned children’s wear to the offering after a 20-year absence, and solidified relationships with key designer brands, including Chanel, Gucci, Prada, Akris, Giorgio Armani and Ermenegildo Zegna. But the Vancouver opening in July 2007, Holt Renfrew’s first store launch in 10 years, marked her biggest achievement.

Lerner will continue as an independent consultant to Wittington.

Before joining Holt Renfrew, Lerner was named president and chief marketing officer of Escada USA Inc. in 1998 after spending seven years at in sales at the company. She left Escada in 2003 after a tough period for the brand. A company-wide review of the overall business resulted in her departure. Previously, Lerner had been was a senior manager of On-Q, a former division of QVC, and held positions at Bloomingdale’s and Jones New York.

It is believed that Barneys New York had contacted Lerner as one of the candidates to fill its long-vacant ceo slot, but Barneys seems to have put the search on the back burner.