Now in its 70th year, the Thai powerhouse has a growing international presence and is on the hunt for new businesses. 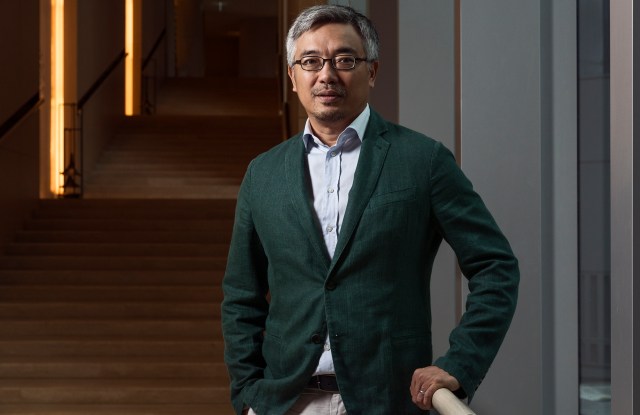 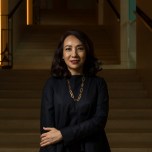 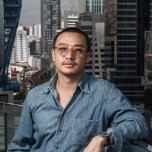 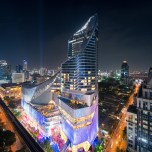 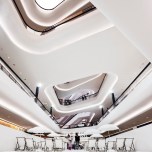 BANGKOK — The Chirathivat family, which runs Central Group, is nothing short of a household name in Thailand. It might soon be overseas too.

The country’s largest retail conglomerate, it rose from humble beginnings of a single shop opened by Tiang Chirathivat 70 years ago.

A Chinese immigrant to Thailand, Tiang founded the company in 1947, introducing fixed pricing to the country, and then later, its first shopping center. Now the family’s portfolio covers everything from shopping malls across Southeast Asia to department stores in Europe, and hotel brands like Centara, and the group employs over 70,000 people.

WWD sat down with three key executives at the company — chief executive officer Tos Chirathivat; his sister Yuwadee Chirathivat, who oversees Central Department Store group, and Yuwadee’s son Barom Bhicharnchitr, managing director of the group’s flagship property Central Embassy mall, to discuss the recent milestones in the company’s 70-year history, how it plans to navigate the shift to online and their desire to grow through more acquisitions.

“The point I knew that I would join the family business? It was from Day One,” Tos said. “We never thought about working with anyone else.”

Tos didn’t know his grandfather as he was only three-years-old when Tiang died in 1968. “Our grandfather had 26 kids, and the youngest one is younger than me. I think he has enough problems dealing with his own kids,” Tos laughed.

“We are close to our father [Samrit],” Yuwadee clarified. “He’s the one who really started the department store business and we always helped him. He always liked us to be in the store and do some work.”

Retail was ingrained in all aspects of family life, from dinner table conversations to trips abroad, which inevitably ended up with a mall excursion of some sort. The Chirathivat clan now exceeds 200 members if in-laws are included, although not all are involved with the business. Collectively, the family’s net worth is estimated by Forbes to be $13.8 billion.

“We’ve been growing a lot in the last three years, over 20 percent,” Tos said, although this year to date is 10-plus percent. He anticipates that half of the group’s growth in future will come from acquisitions. After a certain size, organic growth becomes much harder, he reasoned.

Their purchases include five European luxury department stores: La Rinascente in Italy; Illum in Denmark, and KaDeWe, Oberpollinger and Alsterhaus in Germany. Yuwadee, who oversees the department stores arm, said that they’re focused on revamping each chain’s store presence.

“Right now, we’re doing a lot of renovation, and we’re opening a new [La Rinascente] store in Rome in September,” she said. “La Rinascente, we have 11 stores right now. We have a major flagship in Milan, and we have a few more that we can develop further. Those stores are in smaller cities and haven’t been developed enough to their potential.”

Copenhagen’s Illum is also getting changes to its look, she said, but will take around two to three years before that is complete.

Despite their Hainanese heritage – several younger family members have studied Mandarin – Central Group has no interest in trying to reattempt expansion into China, which the company tried in 2009 but pulled out after a few years.

“China has proven to be a difficult market for everyone, I think, both local players and international players,” Tos said. “There’s too much supply, [done] too quickly, and at the same time, the country is so big. Even the brands are having problems.”

He added:  “In a country like Thailand, it took us 70 years to get here. In China, this is like ten years and they are there. It’s too fast.”

The group has no interest in venturing to the U.S. either, even as American stalwart names like Neiman Marcus, and possibly Macy’s, are up for sale. Tos quickly shoots down the idea of taking the business there, citing e-commerce’s heavy dominance.

“It’s a very big market, very advanced. It’s very sophisticated, whereas in Europe, we feel that we can buy these stores and improve them,” he said.

Although the markets Central operates in still mostly lean toward bricks-and-mortar shopping, the company is well aware that a shift to online is inevitable. In April 2016, the group made its first big move into the digital space with the purchase of the Thai and Vietnamese businesses of online fashion retailer Zalora for an undisclosed amount.

“E-commerce is something very new but the investment will surely be shifted more towards online,” Tos said. “For example, today we’re investing each year $1 billion, but mostly in real estate. In the future, who knows? It could be one billion online in technology only. How much, how fast, I’m not sure.”

He sees Central’s relationship to the customer as key to the company’s next evolution. Their loyalty card membership in Thailand stands at 11 million currently and they intend to grow that to 20 million over the next five years, a significant hold on the country’s 68 million consumers.

“That will be over 30 percent of the population, obviously the top 30 percent of the purchasing power,” he said. “Once you build the technology, the relationship is personal. Then once that happens, anything is possible — anything to service your customer, anything you need, we’ll find for you, so it may be different — not just selling merchandise but it’s all about the customer.”

Barom, in particular, as the fourth-generation of the family, has been tasked with molding the Central experience into something more lifestyle-oriented. At Central Embassy, the group’s flagship property in Bangkok, he helped diversify the mall away from pure high-end fashion, expanding its F&B options and coming up with concepts such as Siwilai City Club, a social club with an open-air terrace, and Open House, a co-living concept which allows people to work, study, eat or even nap on the top floor of the mall.

RELATED: State of the Mall: A Worldwide Surge Driven by China and Mexico >>

The family is undeniably a large one, but Tos said that it works in their favor as any individual’s weakness can be compensated via another family relative’s strength.

“My grandfather used to say it’s like bamboo: If you stick together, you will never break,” Tos said.

“My brother Prin [Central’s chief financial officer] is very number-focused, very cost-conscious. He keeps us on track,” he continued. “My sister [Yuwadee] is always very detailed, which is what we need. She’s a perfectionist.”

As for Tos, Barom described his uncle as “very big-picture, and very results-driven as well. He’s inspired me to do something impactful and think bigger. Don’t do something that’s small, [that is] just nice to have.”

“The family name and the business name are so tied up. It’s almost whether it’s Central or Chirathivat, people think it’s one. Sometimes it’s really very tricky,” Tos said.

Having said that, Tos opens up the possibility of its next leader being a non-family member. Both he and Yuwadee insist that family or not, everyone at the company is judged on their job performance.

Unlike other Asian retail empires which have trumpeted their ambitions — Fast Retailing’s Tadashi Yanai, for instance, wants to become the globe’s number-one retailer, and Alibaba’s Jack Ma is chasing $1 trillion in GMV by 2020 — Central Group shies away from such pronouncements.

“I don’t think we have any mandate, and even when we talk about business, maybe it’s different to other people,” Tos said. “We’re not really talking about sales or costs. It’s how to do things well — how to do things better. If we do things well, do nice things for the customer, then they’ll come and they’ll buy.

“If it’s good, the top line will be there, and bottom line, we always manage well,” he continued. “The money will come. But we don’t talk about the money itself. In general, we talk about the lifestyle. Is it good? The design, is it nice? Is it comfortable? It’s more those kinds of conversations.”