The new initiative will encompass 10 different entities in the U.S.

The democratization of American fashion is getting an added jolt thanks to the introduction of the Council of Fashion Designers of America’s new Connects programming network that supports regional fashion weeks and organizations.

The effort is part of the CFDA’s mission to strengthen the impact of American fashion in a global economy. It has been a very good week for the home team, as they say, in light of plans underway at the Metropolitan Museum of Art’s Costume Institute for a yearlong, two-part celebration of American fashion. Part One “In America: A Lexicon of Fashion” will bow at the Anna Wintour Costume Center on Sept. 18. The second part ,“In America: An Anthology of Fashion,” will open on May 5, 2022. The concurrent yearlong exhibitions will run through Sept. 5, 2022.

To reflect how the landscape in the U.S. fashion industry is changing, CFDA Connects will reflect a nationwide view. In an interview Tuesday, CFDA chief executive officer Steven Kolb said, “As you look at the evolution of the industry, it’s really gone so much bigger than the two coasts — L.A. and New York. These local fashion organizations really do represent talent in communities that might not otherwise be on our radar.”

”New York is such a fashion city. So fashion has always been about New York in terms of having a business, fashion week, headquarters for media companies, top fashion schools. Historically, New York has been that fashion destination for someone who wants to make it. So our work has really centered around New York and then L.A. as well. That really grew to be a big fashion city as well. To be honest, it’s always been very coastal with designer members in other cities, but not with any significance,” Kolb said. “This really allows us to recognize that fashion creativity exists throughout the country. It’s taking what’s been in informal conversations and relationships and putting structure and emphasis around it.“

Highlighting the CFDA’s infrastructure around programming, education and webinars, Kolb said that is being opened up for regional groups to benefit. In turn, the CFDA will work with them as they recognize designers within their groups to give them opportunities. One example is Runway360, the digital platform that the CFDA developed during the pandemic for fashion week, which continues to get stronger and will provide an opportunity for some local brands to have a broader reach, Kolb said.

Caressa Brown, owner, director and cofounder of the Dayton Emerging Fashion Incubator, said as a former model she knew how to help models to avoid scams, with posing, runway and the business side of things. However, when it came to the designers, she said she had no idea. Never setting out to have a fashion organization, Brown said, “DEFI was originally an apology for somebody, who tried to do a fashion week in Dayton and basically screwed some people over. My goal was to show people that fashion could be done legitimately, openly and honestly in Dayton. It kind of snowballed from there.” 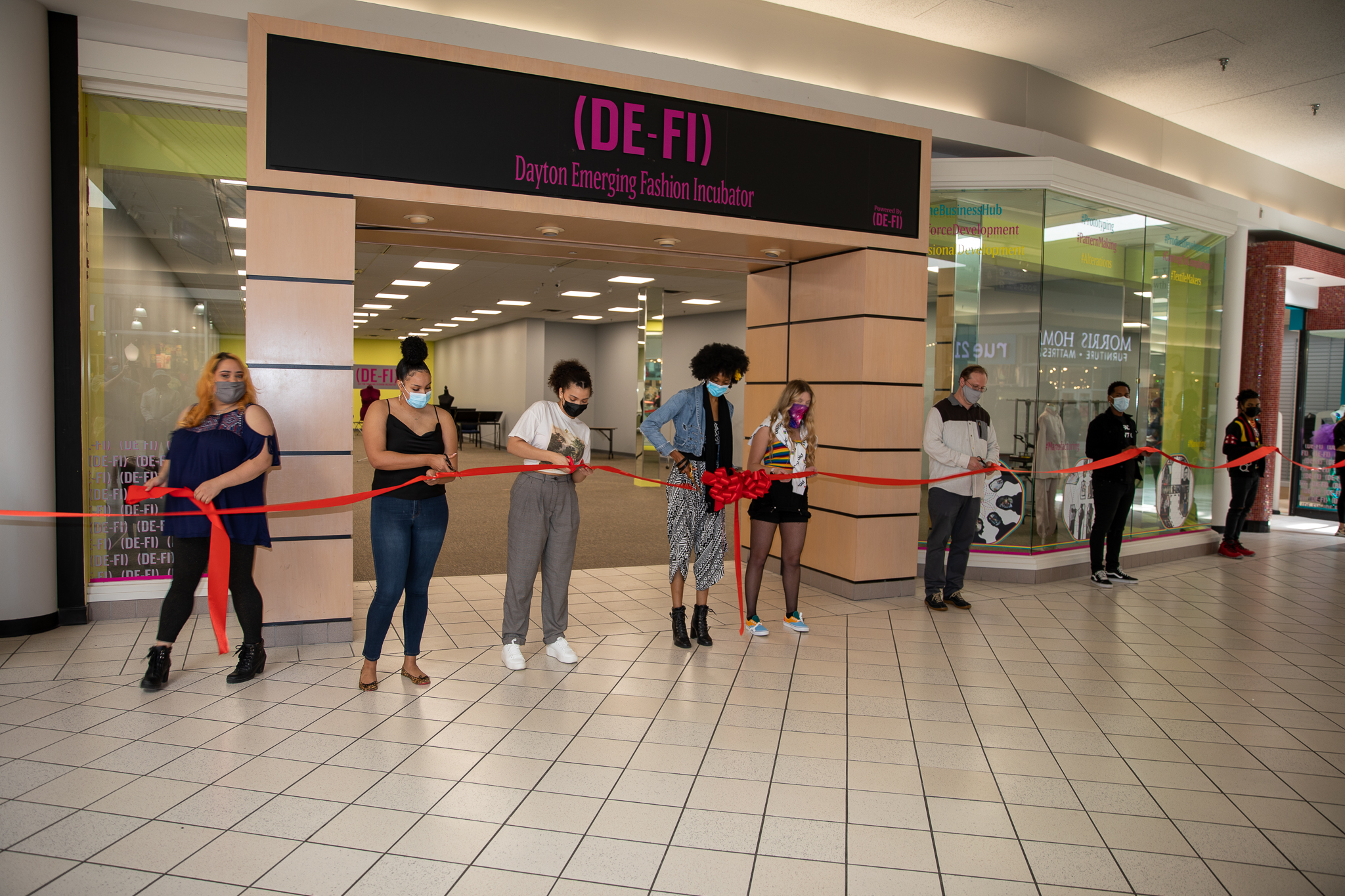 Brown first reached out to the CFDA in 2013 to get some additional experience about what designers need beyond a show. More than 1,000 models, designers, photographers, stylists and writers have come out of DEFI, a volunteers-run, self-sponsored organization with limited funds, Brown said. The group recently opened a 14,730-square-foot, one-stop fashion and coworking space.

“Having the CFDA backing us up, providing extra resources, educational tools and helping our designers just get their work outside of Dayton into other networks and markets will be a huge lift. They just don’t know about the manufacturing, the sourcing. We’ve brought people into Dayton to handle that but to have a CFDA-backed program is definitely going to be a game changer for us,” she said. “We’ve reached success on our own over the past eight years. But with the CFDA, the sky is the limit.”

Susan Sherman, cofounder of the Saint Louis Fashion Fund, noted how St. Louis has “a long and storied fashion history.” She said, “We very much look forward to sharing that history as well as amplifying the work of over 100 emerging brands and fashion businesses, who call St. Louis home and contribute to $3.3 billion in the economic development for the city.”

Sherman said, “We are thrilled to have a seat at the table with other regional organizations as well as the CFDA in New York, as we all embark on what the next chapter of American design will look like.”

CFDA Connects will also give the CFDA “the pulse of what’s happening regionally in certain areas that will benefit the organization overall,” Kolb said. In addition, CFDA members will be able to gain exposure in different markets through consumer events and other opportunities.

To “foster industry community and fellowship,” CFDA executives plan to meet regularly with representatives from each regional organization to form a working collective of executive directors and founders with roundtable discussions, training and development to bolster member organizations and the markets they serve.

Noting the different layers of fashion week scheduling, Kolb noted the New American Collections calendar is “a vetted, curated roster of designers, not everybody gets on that. That’s broad. The heart and the foundation of that is New York Fashion Week, [where] again the official calendar is being curated and determined by the CFDA. Not everybody gets on that. But you have the Fashion Calendar, Ruth Finley’s old publication that we bought many years ago. That’s just a master calendar so anybody can list on that as a tool. That would be open and then you have Runway360, an open-access, no-cost platform.”

The CFDA’s all-in-together initiative coincides with consumers’ calls for greater racial equity and inclusion in the fashion industry as well as other sectors of corporate America. Asked how much of this new initiative is tied to a need for greater inclusion and diversity within the industry, Kolb said, “This is an idea that we have thought about for a while now. We’ve always had relationships with the regions. It’s going to be an opportunity for us, as we have really invested greatly in more diversity, equity and inclusion in the industry, in making connections and supporting underrepresented communities.”

He continued, “We know the challenge of moving to New York, starting a business in New York or L.A., for that matter. It’s hard. The pipeline isn’t always accessible. Parsons, FIT or Otis in L.A. isn’t always accessible. A lot of fashion is based on relationships in cities. What this does is create a relationship for these organizations to help emphasize designers that are part of their groups. It will put new talent on our radar — definitely talent that is diverse and doesn’t have access. It will also allow us to service regional groups through our Impact program,” said Kolb, adding that provides an opportunity to serve communities, designers and professionals of color.

In the past, the CFDA has always had informal relationships with regional groups through conversations and invitations to visit different cities. CFDA Connects is a more formalized plan.