They have created a new global team specializing in design, installation and management solutions for museums, exhibitions and brand environments.

"Pierre Cardin: Future Fashion” will run at the Brooklyn Museum from July 20th through January 5th.

Chargeurs is actively modernizing its image with an emphasis on art, culture, fashion and design.

To that end, its Chargeurs Technical Substrates division recently revealed plans to acquire three companies — Design PM, MET Studio and Hypsos–NL — to launch Chargeurs Creative Collection. Through that entity, the focus will be on delivering museum heritage and visitor experience solutions. These new additions and Leach Visual Solutions, which Chargeurs acquired last year, will specialize in visual communication solutions for premium retail outlets, museums and institutions. Chargeurs U.S. president Angela Chan declined to comment on the total investment in the three acquisitions.

The new group has a global spin. Design PM is a London-based firm specializing in museum heritage project management. MET Studio is another London-based operation that was started by Alexander McCuaig 25 years ago that works in 50-plus countries. As its name suggests, Hypsos–NL is a Dutch company that dates back to 1910 in Amsterdam. Together they comprise a new global team specializing in design, installation and management solutions for museums, exhibitions and brand environments.

Chargeurs is a worldwide manufacturing and services group focusing on four areas: temporary surface protection, garment interlinings, technical substrates and combed wool. With 2,000-plus employees in 45 countries, the company’s customer base extends to more than 90 countries. Last year, the company’s revenues totaled 573.3 million euros, with more than 90 percent generated outside of France. By servicing museums and providing complete packages, Chargeurs is executing “a major service model — a total solution provider instead of just sitting in the factories and producing technical substrates,” Chan said. “We’ve taken a different approach that is definitely a more aggressive approach.

“Interlining is not exactly your sexiest product. But to be able to break out of that boring model, we are doing some really amazing things. We’re still connected with practically every brand in the world and the factories. My fashion technology company has more than 7,000 customers — 2,000 brands,” said Chan, citing Chanel, Dior, Zara, Uniqlo and H&M as some of them. Chan said, “You don’t see us. We’re invisible. This is truly a breakthrough for the company to take a leap and be out there in the forefront. Most factories don’t do that.”

Chargeurs Philanthropies is the lead supporter of “Pierre Cardin: Future Fashion,” which is on view at the Brooklyn Museum through Jan. 5. After supporting the “Frida Kahlo: Appearances Can Be Deceiving” exhibition at the museum earlier this year, Chargeurs “caught the bug,” Chan said. Next up it will lend a hand to “Paris, Capital of Fashion,” which will bow Sept. 6 at the Museum at the Fashion Institute of Technology. 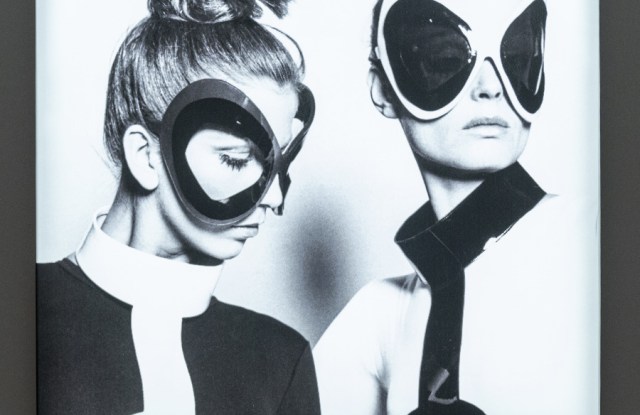 To be more forward-facing with this consumer-friendly model, the company has bought an office in the Chelsea Arts Tower at 545 West 25th Street. That is being developed into an innovations gallery that will exhibit “the latest, fashion art and technology,” Chan said. Plans are under way to work with emerging designers and artists, to organize events and to showcase some of the newest innovations on the industry, Chan said. The 5,000-square-foot space is being designed by a Parisian firm that has worked with LVMH Moët Hennessy Louis Vuitton on its stores and also Rexrode Chirigos Architects’ Betty Rexrode and Michael Chirigos. A spring 2020 opening is being planned. “We’re planning the cocktail party already,” Chan added.