China has gone from an apparel manufacturing powerhouse to an industry in transition. 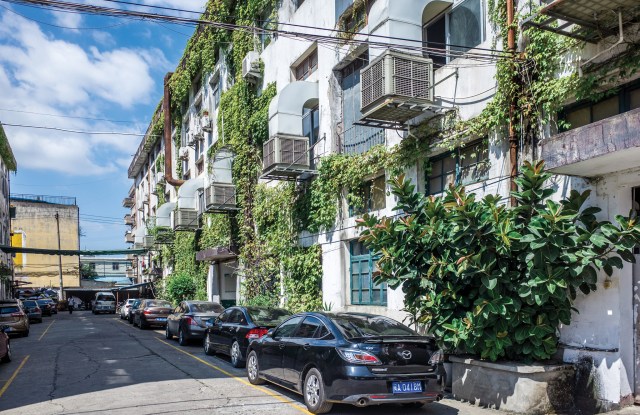 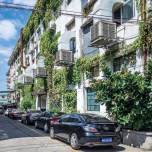 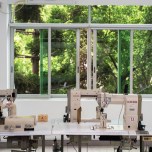 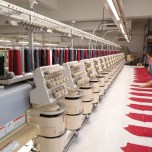 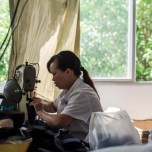 Faced with rising wages, demographic pressures, a global economic slowdown and increasing low-cost competition from its Asian neighbors, China is rushing to reinvent its manufacturing base to stay relevant.

It is a case of adapt to the new market conditions or risk going under — and many factories have paid the price.

Mainland manufacturers that use better-quality materials, deliver more complex products, cultivate their own brands, specialize in niche market segments and rely less on big retailer clients are succeeding — or at least surviving — in the current climate, according to industry experts.

But that climate is challenging. While the Chinese government does not release official statistics on factory closures, Hong Kong-based workers’ advoacy group China Labor Bulletin said the number of worker protests in China doubled in 2015 compared with 2014. Many of these protests involved layoffs and factory closures, according to the organization.

“I always tell Mainland companies that they must improve, innovate and make something cool or they won’t be in business in five or 10 years,” said Livia Yip, president of trade show operator and online marketplace operator Global Sources Fashion Group.

While China’s big draw used to be low-cost labor, base salaries among emerging economies in Southeast Asia are substantially lower now. China’s base salaries are between 5 and 44 percent higher than those in Indonesia, the most expensive labor market among the Association of Southeast Asian Nations, or ASEAN, according to research by Willis
Towers Watson.

Oliver Chen, president of footwear firm Ranch International Ltd. in Fuzhou, is typical of the new breed of Mainland manufacturers who have learned from the lessons of the past and revised their business model to play to China’s strengths.

“The market has changed dramatically. Now, Chinese manufacturers and export companies must be able to design and develop products for customers, control the delivery for customers and also have a good knowledge of chemicals so they can advise customers about toxins,” said Chen, who runs a 13-year-old company that exports shoes to the U.K.

These demands are a far cry from the mid-Nineties, when Chen, a fresh graduate, began working for a state-owned enterprise. Describing it as a “golden time” for exporters in China, Chen said most factories didn’t have any ideas of their own and simply followed the orders of their European and American customers.

“At that time, when customers were looking for products made in China, they were only looking for the price,” Chen said. “Everyone was sitting in the comfortable chair and making significant money from that business model.”

Chinese manufacturers learned much from their European and American customers who introduced new concepts, such as social compliance and sustainability, but these were hard-won lessons not initially well received by those with an eye on the bottom line.

“Before, not too many people understood those requirements,” Chen said. “We thought the customer just wanted to bring us trouble. But now we understand better than before and more and more manufacturers like us treat this requirement seriously.”

In order to justify the higher wages and production costs, Chinese manufacturers need to offer something above and beyond their cheaper competitors. A willingness and ability to source and supply new materials can give companies an edge, he said.

“We spend a lot of time, money and effort on new materials,” he added.

KTC, a manufacturer of premium sportswear in China’s Guangdong province, was an early entrant into Mainland China manufacturing, opening a factory in the country as a joint venture with Adidas in 1979. It is now known as an early adapter to the trends shaping the industry.

A decade ago, KTC started moving away from its roots as a mass-market activewear manufacturer. Once its Heshan-based manufacturing facility was devoted to churning out quantities in the millions for Adidas, now the focus is on specialist active apparel and working with independent brands, including Yang Li. The quantities it is dealing with are often in the tens, rather than tens of thousands.

“All of a sudden I had to face the reality that the wholesale accounts were not able to pay my prices anymore. Everybody loved our quality and service and everything, but most of these guys weren’t able to pay the prices,” said Gerhard Flatz, managing director of KTC. “That made us venture out and we started working out in a different direction — more fashion, more skiwear — converting from a mass production facility to a boutique facility, where we are doing very small runs of complicated garments and experimenting a lot with our partners.”

There are only a limited number of factories in China with the skilled workforce and management structures in place to manage the small but complex supply chains that are common to start-up apparel companies, according to Flatz.

“It’s hard to find appropriate labor; people aren’t so willing to learn new skills in our industry because there are other ways to earn easier money,” he said. “I think manufacturing is a hard job and I think the majority will sooner or later have to shut their doors, and there will be a few like us who are able to go in a different direction.”

Branding is playing an increasingly important role in Chinese companies’ strategies. At last month’s Fashion Access trade show in Hong Kong, representatives for handbag companies that manufacture for brands like Kate Spade New York, Michael Kors and Cole Haan said they are working to develop their own in-house brands so their businesses are less reliant on foreign clients.

HongTao Bags, based in Guangzhou, has manufactured handbags since 1992 and supplies clients like Disney and CK Calvin Klein, but recently it has been working to grow its own brands. In 2015, the company launched Rose and Crown, which specializes in bags emulating Hermès’ Birkin and Kelly models.

The brand has a network of about 200 sales points across China for its bags, which retail for about $600 each. The company is also gearing up to launch another brand, Bolelis, which it will sell exclusively online.

Anderson Zhang, a sales manager with HongTao, said it is important for companies to think beyond serving international customers, who could easily take their business to lower-cost countries at any time.

“That’s why we need our own brand,” he said.

Miami-based Greg Shugar, founder of the Tie Bar and cofounder of men’s bedding company Thread Experiment, said he still thinks the experience and attention to detail of Chinese manufacturers is a big draw for small-sized international firms. Shugar has worked with Chinese manufacturers since 2003 and said he’s seen phenomenal changes in that time.

Shugar said some Chinese factories are more willing to negotiate and take on smaller minimum orders. Smaller order runs mean that the cost per piece increases, but those prices are still considerably cheaper than manufacturing in the U.S., he said. Meanwhile, the lower cost of Southeast Asian countries might entice a giant like Wal-Mart Stores Inc. to shave 20 cents off the price of a T-shirt, but manufacturing there does not make sense for small and medium-sized companies, he reasoned.

“I’ve spoken to manufacturers in Taiwan, the Philippines and Indonesia, but I don’t feel as confident. ASEAN factories are start-ups in their own right and unless you are a mature brand with plenty of experience, it’s dangerous to go sourcing in these countries,” said Shugar, who noted that Chinese companies are making strides in technology and trends.

“They’ve really invested in digital printing, they are ahead of the curve,” he said. “And their performance clothing has improved significantly — they have more advanced fabrics. Now when you see some of their in-house design work, it’s really on trend, even leading trends.”

Flatz said he believes China is the way forward for international apparel brands looking for high-end, niche production capabilities. Though there might be a lot of talk of U.S. or European brands “on-shoring” their production as the cost of manufacturing in China rises, Flatz said there is nowhere with the combination of talent, infrastructure and institutional support boasted by China.

“We work with a lot of start-up brands who started by producing in New York or Los Angeles, but they are all moving now to China because there are limits in terms of technology and machine innovation and investment in their home markets,” Flatz said. “When you talk about machine-intensive things — bonding, laser cutting — there’s not much capability or knowledge in North America or Europe.”