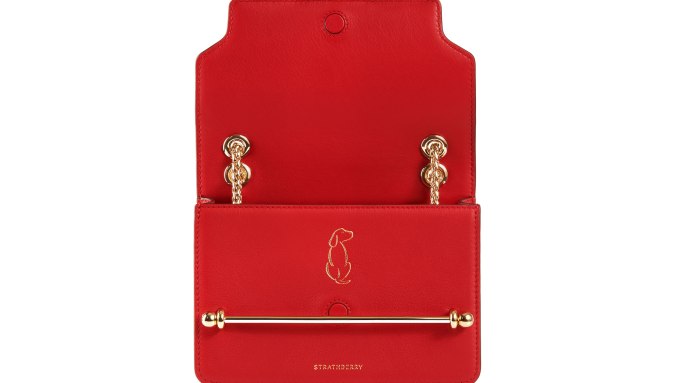 HONG KONG — There’s extra cause for celebration this week in China with Valentine’s Day just preceding the nation’s biggest holiday, the Lunar New Year, which is forecasted to set record highs in consumption and travel.

Wang Bingnan, China’s vice minister of commerce, said he expects around 10 percent growth in retail and food sales during the weeklong holiday, which begins on Feb. 16, reaching more than 900 billion renminbi, or $143 billion.

The bullish forecast continues the strong upward trajectory seen last year in Chinese retail sales. In 2017, the retail sector grew at a 10.2 percent clip to reach 36.63 trillion renminbi, around $5.69 trillion in 2017, data from the National Bureau of Statistics showed. Online spending contributed 7.18 trillion renminbi of that, jumping 32.2 percent.

HSBC’s economic team suggest holiday spending could surpass 11 percent growth. “Based on historical trends, Chinese New Year sales growth tends to be 0.5 to 1.5 percentage points higher than full-year retail sales, which our economics team is forecasting to grow at 10.4 percent for 2018,” HSBC said.

Over in Hong Kong, things are also looking brighter. After a two-year slump, the recovery in this key shopping hub’s retail sales are fully under way thanks to a perk-up in inbound tourism, growing 5.8 percent year over year for the month of December, the most recent period for which government data is available.

There has been some chatter about a possible dampening or split of spending due to the close timing of western Valentine’s Day, which has been adopted among younger Chinese. The thinking being that if people have spent their budget on a gift for Valentine’s Day, they may reduce their spending on gifts for Lunar New Year — which shifts on the Gregorian calendar and can fall in either January or February.

Renaud Litré, chief executive officer of Cartier China told WWD last month in Shanghai that “this year, Chinese New Year and Valentine’s Day being so close to each other might be an issue for us.”

On the flip side, it could boost people’s travel spending. “Worst case scenario, it will be a better Valentine’s Day for some of our overseas boutiques because we expect a lot of people will travel and will enjoy traveling and shopping abroad,” Litre mused.

And travel appetite has certainly not diminished. Outbound trips for the holiday are set to reach a 6.5 million, the highest ever, according to a forecast from Ctrip, China’s largest online travel platform, and the China Tourism Academy.

RELATED: Chinese Valentine’s Day: Or Why the Number of Chinese Holidays Keeps Growing >>

Many people seem to have taken two days off earlier to loop in Valentine’s Day to their Lunar New Year travel plans. According to Ctrip’s data, the number of couple’s traveling during Valentine’s Day this year will double from a year ago.

Perennial favorites Thailand and Japan top the destinations, although in Europe — Italy and Spain have grown significantly. The number of travelers for Northern Lights trips in North Europe and Canada grew more than 150 percent. The average price of each outbound trip is 9,500 renminbi, or $1,509, Ctrip said.

Domestically, the platform is predicting that the number of travelers in the seven-day holiday period to reach 385 million, up 12 percent from the previous year.

Even those without significant others may be using the holiday to get away, instead of for traditional family time. With the added effect of Valentine’s Day, a good chunk of younger Millennials and Gen Zers are hoping to avoid prying questions about their romantic status, Ctrip observed.

“Among the travelers, most of the post Seventies and Eighties generation travelers will use the opportunity to spend time with families,” the company said. “However, the post Nineties generation often chooses to escape from family gatherings during the special holiday to avoid pressure to get married. According to Ctrip’s survey, a third of this group of young travelers are ‘afraid of marriage’.”