As Climate Change Takes Center Stage, Brands Step Up Efforts to Fight It

For the textile industry, this presents an opportunity to meet consumer demands for more eco-friendly materials.

The pace of change occurring at retail is having a profound effect on the entire textile supply chain. From the impact of the trade war with China (and the subsequent shift to other countries such as Vietnam) to the explosive growth of the rental and resale market (on track to swell to more than $50 billion in the next year or so), fashion apparel is in a state of upheaval.

Changes in consumer behavior are also driving significant change in the retail apparel market. Millennials and Generation Z, for example, are embracing consumer practices that support combating climate change. Gen Zs are emboldened by youth climate activists such as 16-year-old Greta Thunberg, who gained a global spotlight earlier this year while addressing the World Economic Forum. 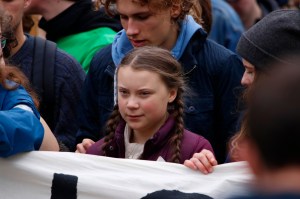 Younger consumers are also inspired by their own purchasing power, and the decisions they make to create a more sustainable world. It’s one of the reasons that’s driving consumers to the resale market to buy not only luxury goods, but everyday apparel and accessories. Simultaneously, there’s a push to reduce waste as brands such as Tom Ford and Estée Lauder turn to companies like Delta Global who specialize in zero-waster solutions.

But what are the implications of these changes on the textile market?

For one, the demand for industries to adopt circular economies and put into place more sustainable practices translates into opportunities for textile firms and solutions providers to deliver more innovation in the market as well as alternative ways to source products and materials. From the growing use of natural fibers and blends to the adopt of manufacturing processes that significantly reduce wastewater and the use of polluting dyes, the textile industry is responding to these changes.

For designers, retailers and brands, the work remains in the early stages. There’s a perception in the market that adopting more sustainable practices is costly. And while that is likely true, brands such as Patagonia are proving that it also makes good business sense — and can even boost the bottom line.

Analysts and consultants say the first step is to make a commitment to change, and set specific goals and expected outcomes around sustainable and ethical practices. In fashion apparel, companies such as Kering are leading the way while also being transparent about what they do and how they do it in regard to environmental work. And the company also knows you can’t effect change alone, which is why Kering was instrumental is orchestrating the G7 Fashion Pact last month.

Thirty-two fashion and textile companies signed onto the pact, which focuses on three key areas, climate, biodiversity and oceans. The pact was formalized during a meeting with French President Emmanuel Macron at the Élysée Palace and was then presented to the heads of state during the G7 meeting, which was in Biarritz. The organizers acknowledged that many of the initial signers of the pact are already engaged in a variety of sustainable and environmental initiatives. They also noted that other brands and textile firms will likely sign on to the pact over time.

The Fashion Pact three key areas are based on “Science-Based Targets” and include stopping global warming “by creating and deploying an action plan for achieving the objective of zero greenhouse gas emissions by 2050, in order to keep global warming below a 1.5 degree Celsius pathway between now and 2100” the Fashion Pact organizers said in a statement. The pact also looks to restore biodiversity by achieving objectives “that use Science-Based Targets to restore natural ecosystems and protect species.” And finally, it looks to protect the world’s oceans by reducing the fashion industry’s “negative impact on the world’s oceans through practical initiatives, such as gradually removing the usage of single-use plastics.”

The foundation of the pact is meant to align with the UN’s Sustainable Development Goals. And in the seven-page Fashion Pact, the non-binding agreement states that there should be “quantitative targets based on science that can be achieved by both individual companies as well as the industry as a whole. The targets are broad enough to be meaningful to a group of fashion brands that account for a significant share of the fashion industry.”

And while this may seem like a repetitive agreement and commitment to change, the Fashion Pact also stated that the goal is “not to reinvent the wheel but create an overarching framework for action in relation to the One Planet Lab workstreams. This includes direct links to the significant work already taking place in existing initiatives within the fashion sector in the manufacturing part of supply chains.”

“The aim is to ensure that new actions will fill the ‘gaps’ across fashion supply chains,” the organizers noted. But those are likely to be big gaps, some industry observers said.

Will consumer buy into it?

In a WWD guest column earlier this month, Natalie Shield, manager in the consumer and retail practice of A.T. Kearney, was skeptical of the pact as it stands now.

“The apparel and footwear industries generate somewhere between 5 and 10 percent of global pollution and, while industry leaders and heads of state attempt to reduce that impact, the question of whether or not Millennial and Gen Z consumers — so critical to the fashion industry and increasingly concerned with the environmental impact of their fashion choices — will see these efforts as authentic reforms or just more corporate posturing remains an open one,” Shield wrote. “Key to success, according to the consumers A.T. Kearney surveyed, is for the apparel industry to move immediately and tangibly on all fronts, but not to raise prices, otherwise, brands will meet resistance.”

The notion that a significant majority of consumers believe businesses should exceed current government standards is framed by news headlines and social media posts that have put a global spotlight on policies to address climate change. “Topics such as global climate change, environmental immigration, and the growth of the islands of trash that fill our oceans are constant fuel for the news cycle,” the A.T. Kearney researchers said in their report. “Politicians of all stripes — other than the climate change deniers — are discussing ways to combat environmental decay through new legislation. And consumers everywhere are becoming more aware of how their everyday purchasing choices can adversely impact the natural world. This increasing awareness translates to a significant opportunity for companies in categories as diverse as apparel and personal care.”

In a similar consumer sentiment survey, CGS found that “sustainability is critical for consumer brands.” In CGS’s 2019 Retail and Sustainability Survey, researchers at the firm found that “Gen Z leads the pack, being more likely to purchase, pay more and stay loyal to brands with sustainable options.”

Key to the textile industry, in particular, are the top three factors that impact consumer purchase decisions. This includes item price at 62 percent, availability at 34 percent and material/fabric at 34 percent. Regarding brand loyalty, the top attributes include “better quality” and “brand mission” as well as “brand name” and “sustainable/ethical business practices.” When defining a brand as sustainable, the CGS research found that what resonates most with consumers (at 31 percent) was “brands that use eco-friendly materials.”

That last note should serve as a rallying cry to fiber producers that offer eco-solutions such as Lenzing’s Tencel, or who offer natural materials such as cotton, linen, hemp — and blends as well.

Some notable innovations in manufacturing include the work of textile technology firm Evrnu, which developed the first denim made of regenerated post-consumer cotton waste. And Modern Meadow, which is a bio-fabrication firm that created “Zoa” — a lab-grown, chameleonic leather-inspired material derived from collagen protein.

There’s also a focus on recycled fibers and materials such as Econyl, which is “regenerated nylon” made from “rescued waste” such as fishing nets and industrial plastic culled from oceans and landfills and then converted into textile and carpet yarns for home goods and fashion apparel. In recent months, there’s also been an uptick in legislation aimed at reducing all forms of single-use plastics. In the fashion industry, this means looking into various alternative options with packaging and shipping materials.

Regarding ethical practices, the work is more challenging. In the textile industry, there’s been a sharpened focus on manufacturing processes — especially as sourcing shifts from China to other countries. In response, tech start-up Thr3efold has rolled out its “Ethical Manufacturing Platform” to address managing production processes while working with an ethical manufacturer.

The clock is ticking

Jessica Kelly, founder and chief executive officer of Thr3efold, told WWD earlier this month that as the industry-at-large “is finally coming to the table to address these important issues, we knew it was time to bring the conversation to mainstream for New York Fashion Week and are excited to say this is just the beginning.”

“Some really exciting innovations are happening in the industry right now to make fashion better for people and planet, but it’s not a conversation I see trickling into the mainstream industry yet, and we wanted to change that,” Kelly added.

Kelly’s perspective on change mirrors what advocates have been saying for some time. In its “Measuring Fashion: Insights From the Environmental Impact of the Global Apparel and Footwear Industries Study,” researchers at Quantis were blunt about the impact and need for change as they revealed the impact of apparel from fiber production and yarn preparation to fabric preparation, dyeing and finishing. The baseline results were startling.

Authors of the report found that “energy-intensive processes” in the dyeing and finishing stage of manufacturing “are the primary drivers of the global apparel industry’s total climate change impact. Yarn preparation is also a key contributor, though to a lesser extent.”

The Quantis report revealed that most of the impact is a direct result of the apparel industry’s “reliance on hard coal and natural gas to generate electricity and heat in key processing locations.” The firm noted that Asian countries “such as China, India and Bangladesh not only comprise the largest manufacturers, but also have heavily coal-based energy mixes.” 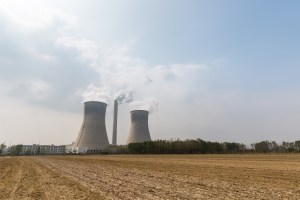 But switching to renewable energy is expensive. Manufacturing conversion costs would have to be passed down to the consumer. And, as the CGS survey found, maybe consumers will foot the bill. Either way, the work toward creating a circular textile and fashion apparel economy is massive. But time is running out.

“As we face urgent environmental and social challenges caused by climate change and resource depletion, the efficacy of solutions will depend on the creativity, innovation and boldness so characteristic of the fashion industry,” the authors of the Quantis report noted. “It’s time for players to change the trajectory.”