Changing of the guard at the accessories and handbag company spurs significant changes. 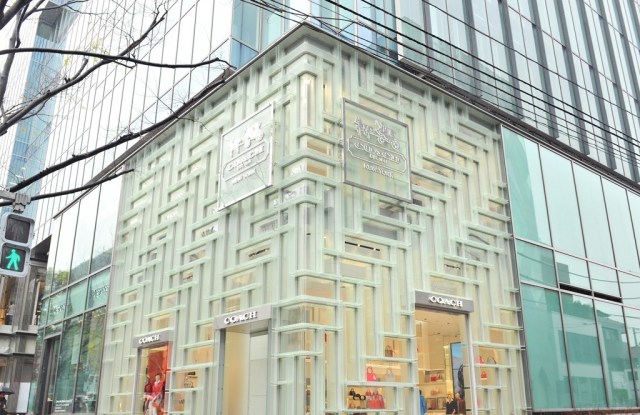 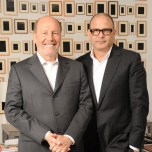 NEW YORK — Coach Inc. is experiencing the pains of reinvention.

The accessories and handbag company, which is in the process of evolving its product assortment, pricing and branding in an effort to achieve lifestyle-brand status, saw its shares fall 7.9 percent Tuesday as it reported a 12 percent drop in fourth-quarter income, the cutting of 200 jobs and the departure of two more high-level executives. And the brand doesn’t expect any major turnaround in the challenged North American business over the next few quarters.

Shares of the firm, which is under pressure from rivals such as Michael Kors, Tory Burch and Kate Spade, fell to $53.30 Tuesday, following news of the profits decline and the layoffs, which were a result of what Coach executive chairman and chief executive officer Lew Frankfort called “muted growth.”

“Our staffing levels were built upon higher growth,” Frankfort told WWD, following Coach’s earnings call Tuesday morning. “We determined it was prudent to adjust. This was all very much looking across the entire organization to drive efficiencies.”

While Coach is still growing its men’s business here, the company has experienced weakness in its core North American women’s handbags and accessories business, added the ceo, who admitted that the brand “lost market share” to competitors. Coach remains the dominant player in the market by far, however, with an estimated 25 to 30 percent share.

The growing pressure from the competition translated to a 12 percent dip in Coach’s fourth-quarter income to $221.3 million, or 78 cents a diluted share for the period ended June 29. This compared with year-ago income of $251.4 million, or 86 cents, a year earlier. Excluding items, earnings per share increased to 89 cents, in line with Wall Street’s estimates.

In North America, sales rose 6 percent to $825 million, but comparable-store sales fell 1.7 percent. This was offset by a 7 percent increase in international sales to $386 million.

“Our focus and priority is on the brand and driving its relevance to reinforce our customers’ emotional connection to Coach, notably in North America,” Frankfort said. “Our disappointing performance with the women’s handbags and accessories category was driven by substantial declines in our logo-based business. There’s a broad shift towards leather, a global shift towards leather-based products.”

Some industry insiders pointed to Coach’s move toward higher prices in its quest to become a multicategory lifestyle player as a reason for the slowdown. Early this year, Coach set out a vision to become more of a lifestyle brand, which includes developing multiple categories such as ready-to-wear, outerwear, shoes, jewelry, watches, handbags and small leather goods, for both the men’s and women’s businesses. With that build-out comes higher quality product, elevated prices, a more upscale store layout and improved marketing.

According to Brean Capital retail analyst Eric Beder, Coach’s shift to a “lifestyle player from a handbag company” is “difficult and even more potentially painful as the core handbag business remains under highly competitive pressure.”

The growing competition also comes as Coach is undertaking a major shift in management with the decision by Frankfort to cede his ceo title to Victor Luis, currently president and chief commercial officer, in January, and the impending departure of Reed Krakoff as president and executive creative director. Krakoff will leave Coach in September to run his namesake brand, which he will buy from the company. Coach entered into a binding agreement to sell the Reed Krakoff business to a group led by Krakoff in a deal that is expected to close in the fiscal first quarter. Stuart Vevers, former creative director of LVMH Moët Hennessy Louis Vuitton’s Loewe brand, will become Coach’s executive creative director.

All of the executives will report to Luis, except for Bunch, who will report to general counsel Todd Kahn, who added the title of executive vice president of corporate affairs.

“None of these people are new,” Luis said. “I’ve been partnering with them since 2006 when I joined Coach. They are all Coach veterans. We are asking them to take a leadership role.”

Frankfort added, “The transition will be seamless.

“We have a strong bench of seasoned leaders,” he said. “Succession planning is a way of life at Coach. We are committed to delivering strong top- and bottom-line growth over our planning horizon. We have a great brand. We have excellent business equities, and we have an exceptional group of people working at Coach. So as I’ve said before, stay tuned.”

Instrumental to Coach’s next chapter with its new cast of characters is international growth. Luis pointed to Asia, which is fueled in part by Coach’s robust men’s business.

“China is the single largest opportunity,” he said, explaining that the brand will derive further growth from the Asia market where it has bought back its business, in countries such as Taiwan, South Korea and Malaysia.

For the year, sales in China exceeded $430 million, up 40 percent, Luis offered, noting that the men’s business overall grew almost 50 percent during the year to about $600 million.

Nonetheless, Coach said it expects to achieve mid-single-digit sales growth in constant currency this year even though the North American business isn’t expected to see any improvement in comparable-store sales over the next few quarters.

“Earlier this year, we talked about our brand transformation into a global lifestyle brand, anchored in accessories. As we have built out our strategic plan, we have focused on three key elements: product, stores and marketing. To this end, we’ve made several important hires to strengthen our team and enhance the Coach experience,” Luis said. “I’m looking forward to executing our strategy. It’s when all of these things get aligned together that we will have a very powerful course.”