“Significant” changes in its pricing model at outlet stores and growth in the China business lifted Coach’s third-quarter profit 21 percent. 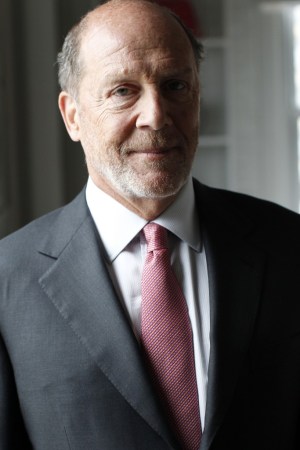 Coach Inc. is moving on up, along with its prices.

“Significant” changes in its pricing model at outlet stores and growth in the China business lifted Coach’s third-quarter profit 21 percent. But Wall Street was miffed by the vendor’s tweaked strategy and acknowledgment that its North America business slowed a bit, due partially to softness in department store sales, causing shares of Coach to fall 4.3 percent to $71.87 at the end of trading Tuesday.

In a continued push to achieve “global lifestyle brand” status, Coach is in the process of edging up its price points, so that it can return to an increased mix of higher-priced merchandise.

Combined with the recent reshuffling of its pricing structure, chairman and chief executive officer Lew Frankfort told WWD that its upcoming higher-priced dual-gender collection called Legacy will “grow the business in all regions,” despite the “uneven recovery” in the U.S. economy.

Still, the Coach consumer appears to be somewhat price sensitive. Before the recession, this shopper was purchasing more bags priced at more than $400. Since then, Coach has had to adjust its mix, offering more merchandise for less than $400. According to Frankfort, Coach’s over $400 business was flat in the third quarter versus last year, and the brand’s average unit retail remained the same at $285.

There seems to be some wiggle room, however, and Coach is capitalizing on that. The brand said it was able to do away with the coupon program at its factory stores, which allowed it to increase prices on select product between 7 and 10 percent in the third quarter.

This strategy helped lift the New York-based handbag and accessories maker’s net income to $225 million, or 77 cents a diluted share for the period ended March 31. This compared with year-ago net income of $186 million, or 62 cents a share.

Quarterly sales grew 16.6 percent to $1.11 billion versus sales of $950.7 million, a year earlier. Coach topped both Wall Street’s earnings per share estimates of 75 cents and its sales forecast of $1.1 billion.

Fewer promotions helped expand the firm’s gross margins for the quarter to 73.8 percent of sales versus year-ago margins of 72.8 percent.

The brand, which said it’s on its way to achieving an internal goal of at least $300 million in sales in China this year, posted an 18 percent increase in direct sales amounting to $984 million.

Comparable-store sales for the period rose 6.7 percent in North America, a deceleration from the prior quarter’s 8.8 percent increase. When asked on the call about how the brand intends to continue to drive comps, Frankfort pointed to the men’s business, which has yet to fully penetrate the market. With the launch of Legacy in August, all Coach stores will have access to both men’s and women’s collections.

“Our [men’s] business is on track to double to over $400 million this year globally which represents about 8 percent of our sales,” the ceo said. “We believe next year it will be well in excess of 10 percent of our business and we are accelerating the introduction of men’s into a much broader range of our full-price stores and shop-in-shops worldwide.”

Still, the question of whether consumers will fork over more money for Coach merchandise still looms.

“It depends on how Legacy goes,” said Marie Driscoll, a former Standard & Poor’s equity analyst, who is now an independent retail consultant. “Coach’s North American handbag business is growing in tandem with the market, which is about at a 10 percent rate. Has Coach maxed out? Maybe so — we’re going to have to see.”

Driscoll, who explained that a 10 percent rate is still robust, said that Wall Street may be unfairly expecting more from the strongly performing accessories maker.

“If men are the new women, and the Chinese are the new consumers, then isn’t Coach still the stock to own?” she offered.