Designers and creatives aren’t the only ones experimenting with colors while WFH.

A photo taken by the NASA/ESA Hubble Space Telescope.

Pick a color — any color. That may be the swiftest way to energize another day of self-quarantine.

As millions around the globe edge into their second or third month of self isolation, a shot of color can brighten any bleakness, according to Leatrice Eiseman, executive director of the Pantone Color Institute. Whether culling unexpected combinations from cleaning a closet, mixing up cocktails, doing puzzles, trying some DIY beauty tricks or examining outer space from online, WFHers have an abundance of ways to infuse new hues. And designers and creatives can access Pantone Connect for free through July.

While there aren’t yet any surefire color predictions for the post-pandemic climate, other seismic historical events like the two World Wars and the 9/11 terrorist attacks led to a thirst for color, Eiseman said. Reached at her home in Washington Monday, she occasionally referenced the past in eyeing the future.

As it turned out, Pantone’s choice of Classic Blue as the 2020 Color of the Year — a decision made five months ago — turned out to be prophetic. That shade is one that relays stability, an anchoring feeling and a place that offers refuge and protection, Eiseman said. “Little did we know at the time that something we are looking at now is symbolically so true,” she said. 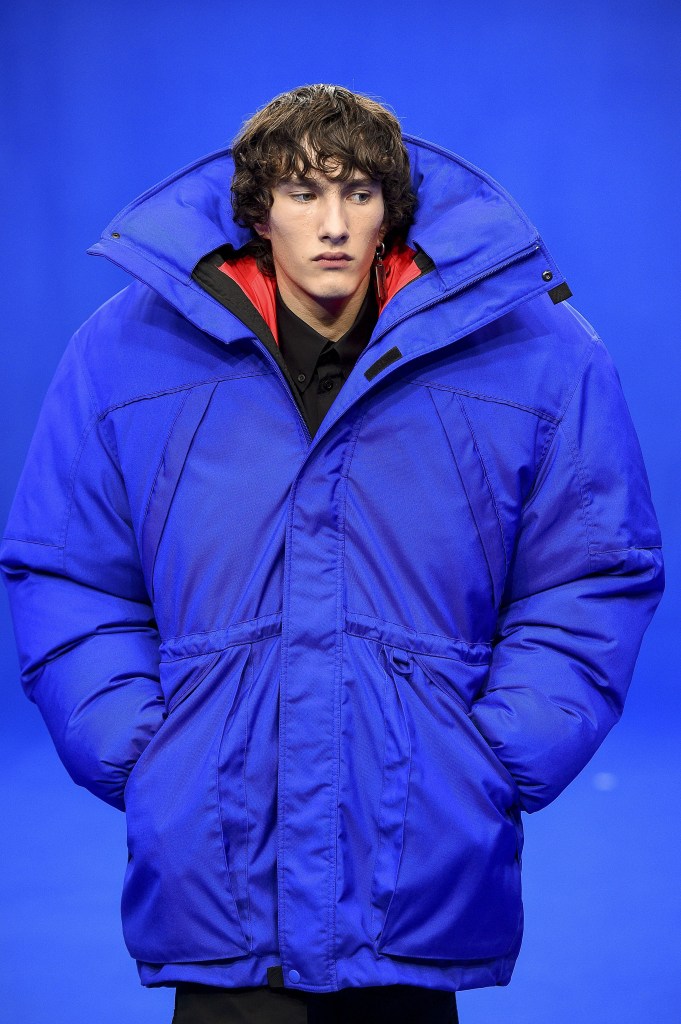 While conversations have started for the 2021 Color of the Year, there is no question that months of self-quarantining and a return to freer movements will affect that choice, Eiseman said. “You’re going to have a variety of responses. Some people will be so happy to be out of the house again and moving around. Even though you can take walks now, it’s not with the same freedom and abandon that we had before.”

As far as where the colors go seasonally, “so much of that is determined by the designers’ mind-sets, how they’re feeling and what they’re hearing from their customers,” she said. Worth noting is how after the 9/11 terrorist attacks, people wanted to infuse more color into their lives and to be one with nature, Eiseman added.

Taking a longer view historically, after World War I and WWII, society craved and embraced more color, and a longing to go back to being more lighthearted, Eiseman said. Based on her research and experience, she said, “In times of trauma, when people want to feel normal again, they start to have an appreciation for the world around them. That’s where nature comes in,” she said. “We’re at a perfect time of year to absorb that and to look at the colors as they appear in nature.”

After the World Wars, people were deprived of certain colors because they were used for the war effort. The post-WWI flapper age in the Twenties ushered in jewel tones and other vibrant colors, Eiseman said. Acknowledging how those enlisted in the armed services wore more somber colors and people in general had less clothes to wear at that time, Eiseman pointed to the abundance of fabric used for Christian Dior’s New Look as an example of fashion’s response. There was also a burst of energetic colors, namely pinks and reds, due to Revlon makeup and nail polish, she added. History has shown that after times of great deprivation, people gravitate to wearing colors of more strength. “Whether history repeats itself is a whole other story,” she added.

All the recent time at home has made people more introspective and cognizant of sustainability, and such issues will loom large for future color choices, according to Eiseman. The prevalence of images of health care workers may generate more interest in the blue used for medical scrubs as a sign of compassion, she added. As for the five top colors in the pipeline, that will take some time and further consideration as people start to respond to the sense of freedom. “Will they want to respond to more color? Will they want to respond to cooler colors that represent cleanliness and the things that we’re concerned about?” she said. “There is the human nature aspect where people will want to feel refreshed and something new after being deprived if you will. Even though they can order things online, there is something about getting out there. We’re social animals.”

Following months of being indoors, there is a need for stimulation and a conscious awareness, as well as an appreciation, for all the colors around us, Eiseman said. Scores of stay-at-homers have been experimenting with color by cooking, mixing their own lip balms, stirring up cocktails, dyeing their own hair or diving into home improvement projects. While they may be doing those things out of necessity, they are developing a greater interest and appreciation for color, Eiseman said. “Even dyeing the napkins on the table or a T-shirt because it’s gotten grayish…there are all kinds of opportunities right now to exercise your creativity with color.”

During Lady Gaga’s “One World: Together at Home” performance earlier this month, some fans zeroed in on her colorblocked geometric floor. That reflects how “color is such an attention getter and inherent in our mind’s eye that goes back to childhood and the first box of crayons that you used for scribbling with abandon,” Eiseman said. “We never really lose that. We sometimes temper it, due to what other people say or what’s available in the marketplace. If you can excite that part of your brain again, color certainly helps you get there.”

Without question, color can be a form of therapy, Eiseman said. Looking out at the sky in the morning is a universal, relatable ritual. “After we have been asleep at night, we’re all faced with the reality around us. You look outside and see that perfect blue sky with billowing clouds — how can that not elevate your senses? You may be depressed, sad or not feeling your happiest, but it is an instinct within us to look out and see those wonderful colors. It does lift the spirits,” Eiseman said.

WFHers have plenty of other ways to look at color online and by actually playing with color, she said. “Look at all the people, who are doing puzzles again and how big that has become. So much of the puzzles is putting the colors together and finding right space for them. We all go back to that as a place of solace and to make us feel better. Color plays an enormous part in that,” Eiseman asserted.

With everyone in a closet-cleaning mode, now is the perfect time to mix unexpected color combinations and to wear long-forgotten items, she added. “Before you know it, you’ve created a whole new look. It’s making use of what you already have or deciding to get rid of what you don’t need,” Eiseman said. “It’s a great way to experiment with your creativity, while you’re inside.”

Whether people will favor brighter colors, pastels or nature-inspired ones after COVID-19 might just boil down to personal choice. “The psychological aspect of the color is going to be more important. People are going to be more thoughtful. If they choose a red, is it because they want the energy they will derive from a red or an orange perhaps. Or do they want to continue on with that feeling of safety and protection, which the blues and the pastels bring about?” Eiseman wondered. 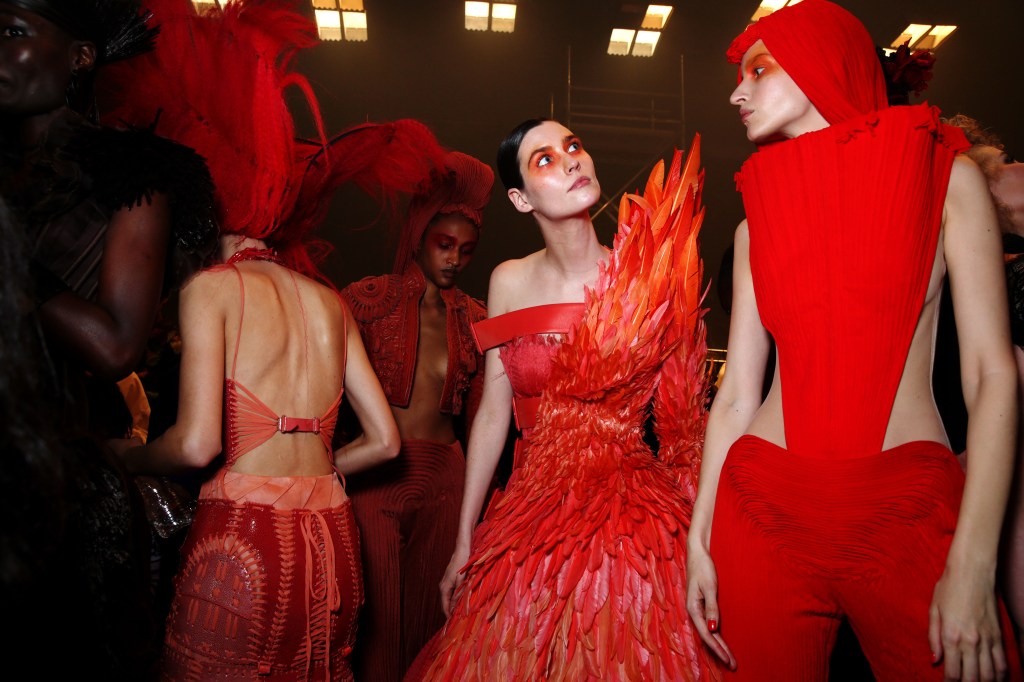 There is also a physiological aspect to consider once people no longer have to self-quarantine and will be able to be exposed to normal amounts of natural daylight. “We find ourselves craving color, when you have been indoors [for so long]. Even for those who can go outdoors or walk in the park, it’s still not quite the same as your everyday life, when you are bombarded in color. Particularly in the spring, we look forward to the daffodils, the tulips and all the bright colors. As we get outside, we become more aware of the color around us and appreciative of what we’re seeing that we have missed by being indoors.”

As easy as it is for people to go online to see a plethora of images on Instagram and other social media, it’s not quite the same as seeing colors yourself, especially in nature. One exception may be the online images from NASA that show the galaxy as pictured by the Hubble Space Telescope that reveal browns and oranges. Eiseman said, “Obviously, everybody can now go their computers and see what NASA is putting out about the (James) Webb (Space) Telescope (which lifts off in 2021) and that is going to unveil to us more colors that we don’t ordinarily think of. That excites people’s imagination and opens us up to using more color that is uncharacteristic of what we thought of the galaxies — browns, oranges and bright blues. It opens our color vistas and makes us realize how we can combine colors, again using nature as a template.”

Far from a fluffy pursuit, where forecasters just choose their favorite colors, Eiseman and her team do a lot of research before any choices are made. Along with keeping an eye on what designers send down their runways, reading as much as possible, listening to what designers have to say in interviews about inspiration and color direction, Pantone forecasters also uses the greater zeitgeist to decide on fashion week color trends. “We look at buckets of color so to speak to reach a conclusion,” she said. “We tune in as much as we can to get into designers’ mind-sets.”