Comme des Garçons chief Adrian Joffe revealed the plans at the opening of the Dover Street Market in Beijing. 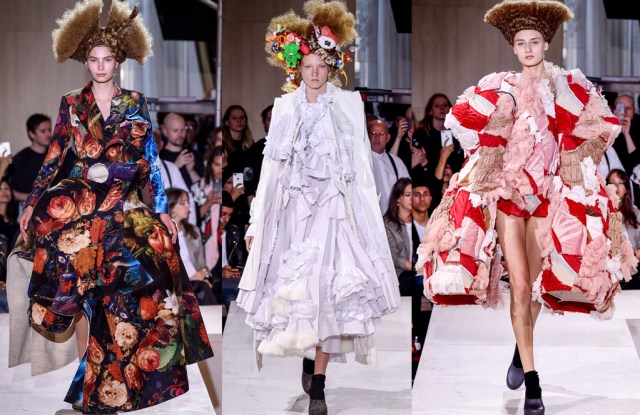 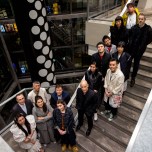 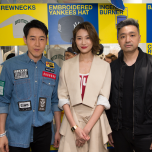 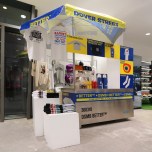 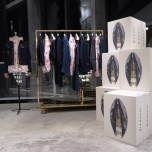 BEIJING — Comme des Garçons is set for an entirely online launch of a new brand in July, WWD can exclusively reveal.

Speaking at a party marking the opening of China’s first Dover Street Market here last week, its director and Comme des Garçons chief executive officer Adrian Joffe said the new brand will be a first for the Japanese fashion house.

“Nobody knows yet, but what I can tell you is it’s going to be Internet-based,” explained Joffe, adding that Rei Kawakubo is designing the web site. The addition would be the 18th brand for the company, joining a range of designer lines including Noir, Homme, Plus, Shirt and Play, among others. After the online launch, the “simple” collection for men and women will be followed by six shops worldwide.

Joffe was running on jet lag and coffee, having just arrived at the March 30 bash to celebrate the name and concept change from I.T Market Beijing (I.TMB), opened in 2010, to Dover Street Market Beijing. He looked almost humbled when relaying that business is bullish both for DSM and Comme des Garçons on a global scale. DSM profits are up 35 percent on last year, with the Ginza and London branches driving the most growth and New York breaking into profit after just three years. Comme des Garçons sales are also up 30 percent to $300 million, with the New York shop alone seeing a 50 percent boost, perhaps because of a butterfly effect from the critically acclaimed Kawakubo-themed Met Gala exhibition last year. 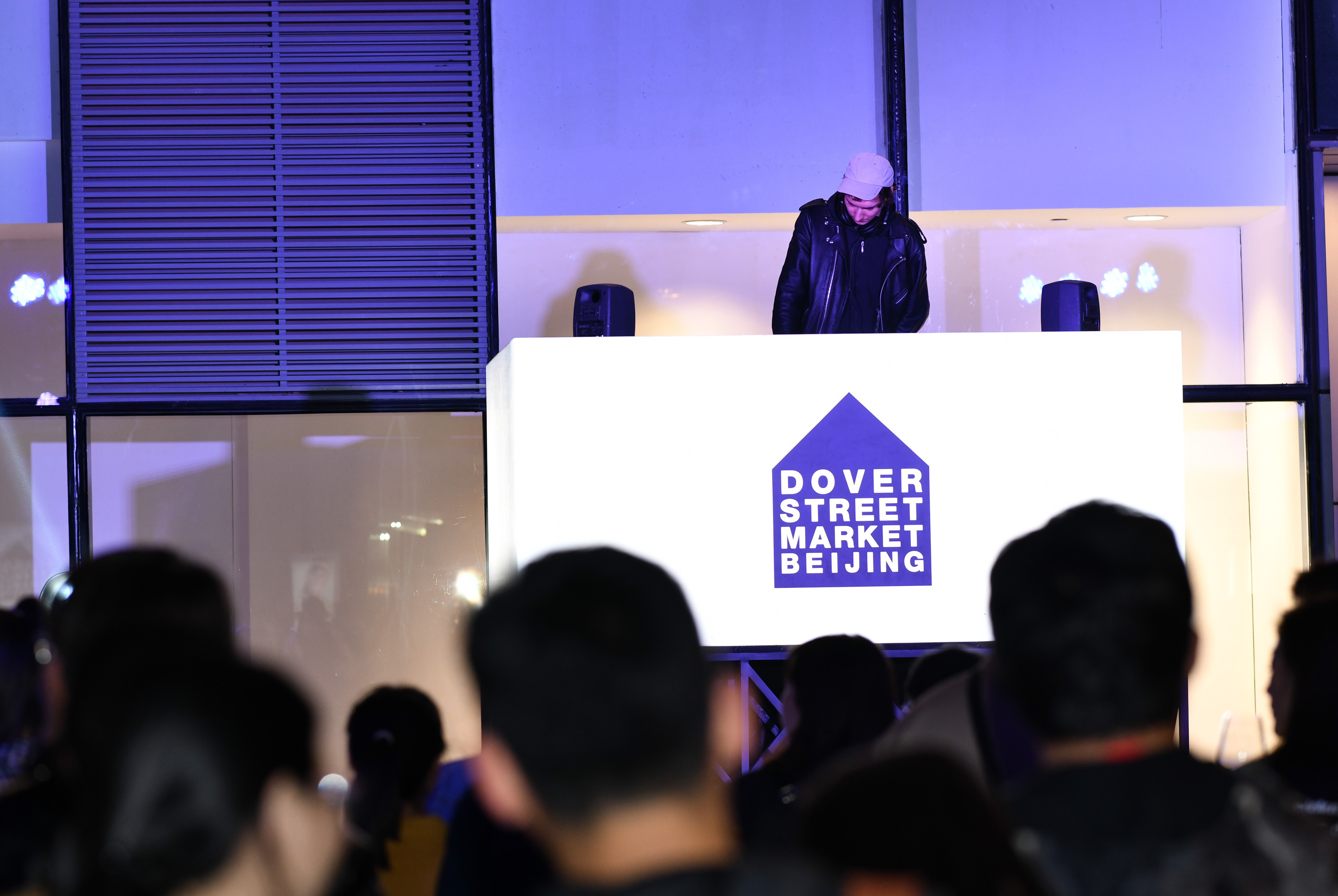 The opening night party at the re-branded Dover Street Market in Beijing. It is the fifth location for the concept store.  Courtesy

With plenty to celebrate, Joffe was in good company among 300 industry influencers and a host of contributing designers, who were greeted by an Avi Gold-themed hotdog cart, after the Canadian streetwear artist, and an open-air dance floor at the store in Beijing’s Sanlitun Taikoo Li. Other featured designers included Gosha Rubchinskiy, Simone Rocha and 2017 LVMH Young Designer Marine Serre.

The Beijing relaunch is the culmination of more than 20 years of cooperation between I.T Group and Comme des Garçons, with Joffe and Kawakubo finally deciding to open a DSM in China after eight years of testing the water with I.TMB. Now seems to be the right time, as the four-floor, 23,680-square-foot store has seen 25 percent year-over-year growth.

As might be expected for a DSM opening, each visiting artist contributed an installation as part of the launch. Beside Gold’s Better-branded functional food truck was a video wall serving as a retrospective on the last decade of Rubchinskiy, Serre’s industrial chic shelving units that partially obscured the fashion communicated a contradictory narrative on the industrial age, while Rocha’s “Doll Matrix” was a direct reflection of her spring 2018 collection. The Irish designer’s English manor-inspired dresses were surrounded by a cluster of 3-D models of her embroidered doll motif. 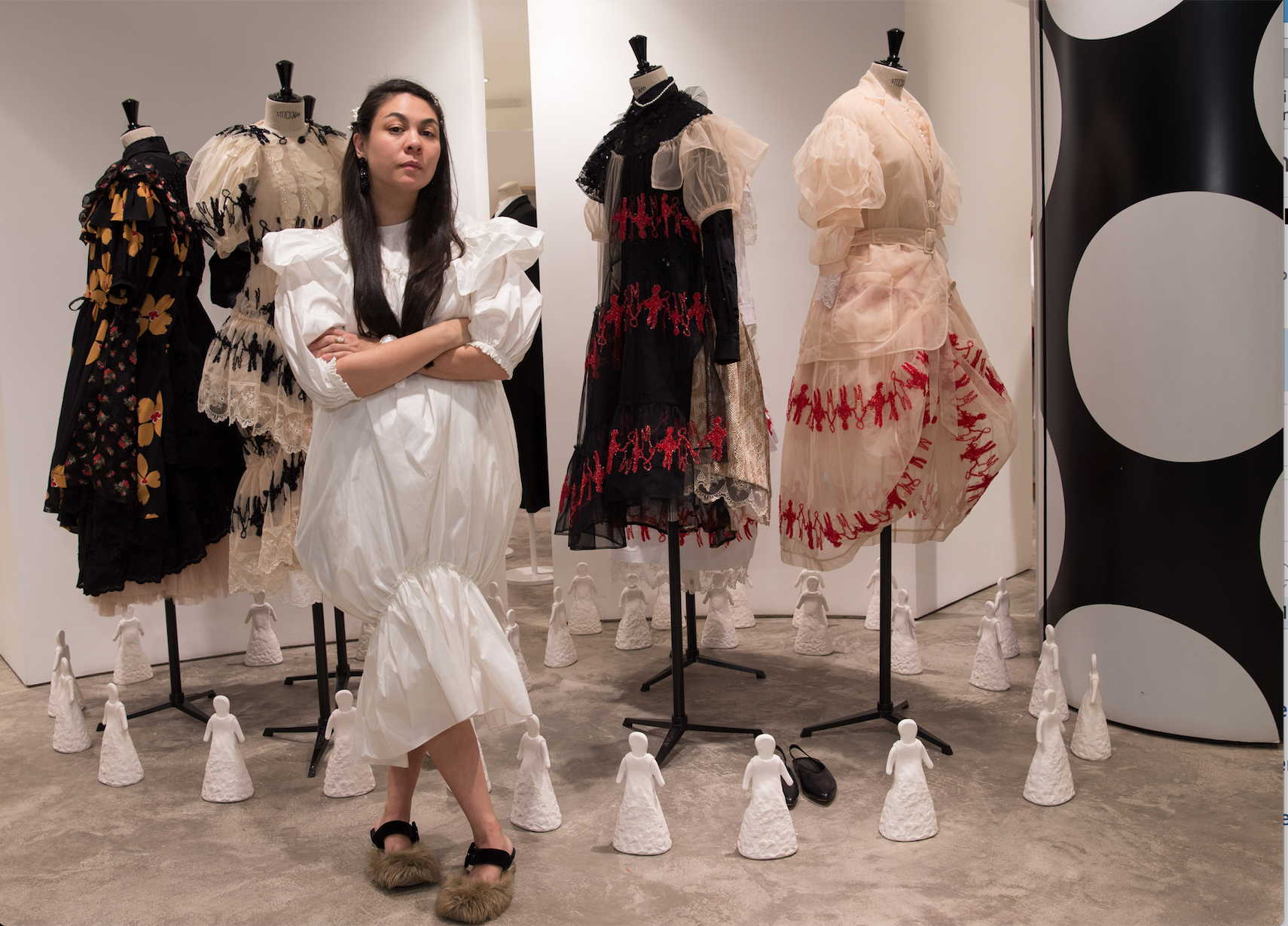 Designer Simone Rocha standing in front of her installation at the opening of the Dover Street Market in Beijing.  Courtesy

Rubchinskiy said he’d noted several correlating features with his Soviet-inspired brand on his first trip to the Chinese capital. Wearing a signature tracksuit jacket over a shirt and tie, the Russian designer — who only sells his urban streetwear through multibrand stores — said, “There’s a lot of military outfits and we saw a lot of school kids wearing matching tracksuits. I’m very into uniforms right now and there’s some good examples here.”

Like Rubchinskiy, Rocha has seen her profile grow through her relationship with DSM. Suffering from a cold and wearing a white tulip dress from her latest collection, she said the partnership has been inspiring.

“They [DSM] have so much respect for young designers, and at the same time a huge amount of respect for heritage. Being a part of that is really special,” she added. 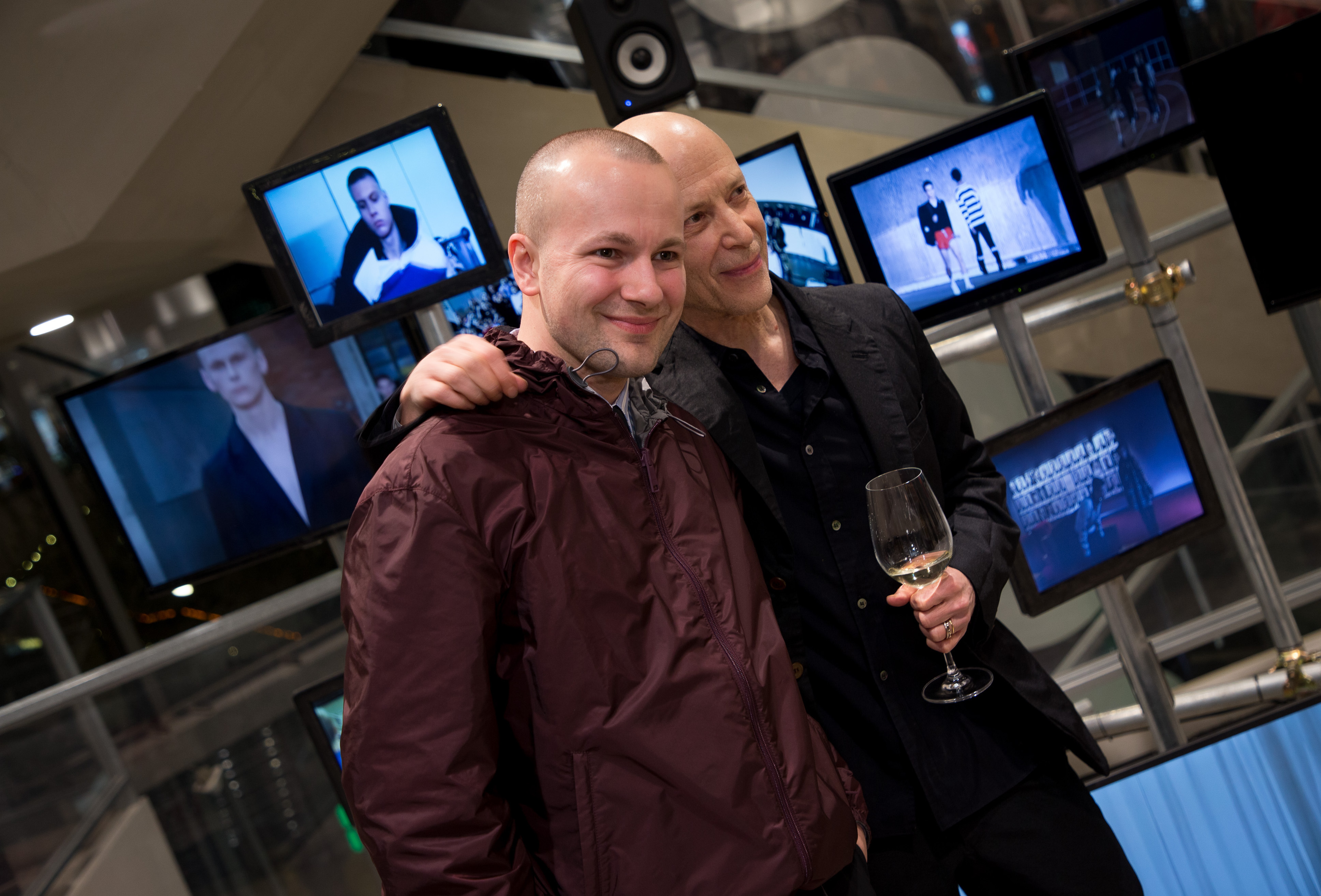 “We wanted China to be part of the community rather than an outpost, so it’s a very important symbolic change to make it [I.TMB] a proper DSM,” he said.