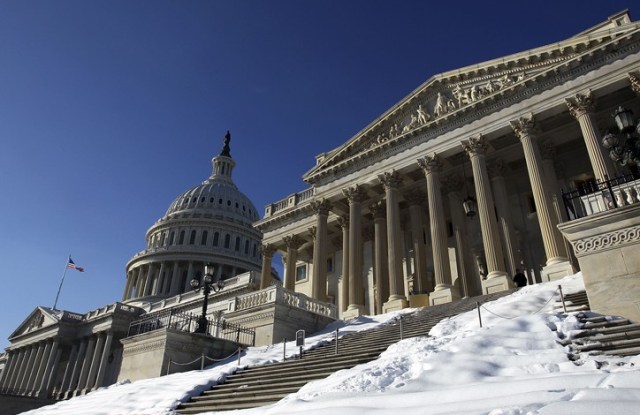 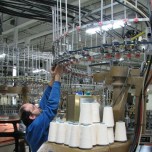 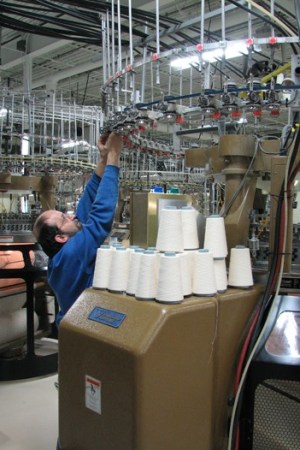 A variety of yarns are now subject to duties as high as 10 percent.

WASHINGTON — U.S. apparel, textiles and footwear manufacturers could be hit with tens of millions of dollars in duties on imported components after Congress failed to pass legislation extending hundreds of expiring duty breaks before adjourning for the year.

The so-called temporary duty suspensions, which must be renewed periodically by Congress, are intended to help domestic manufacturers compete by giving them tariff breaks on components such as certain yarns, fibers and footwear parts that are no longer made in the U.S. and must be imported.

Lawmakers granted three-year duty suspensions on an estimated 500 imported categories in 2006, but those breaks expired on Dec. 31, leaving U.S. companies to pay for the duties on the imports that enter the country, beginning Jan. 1.

The tariff suspensions are contained in legislation dubbed the “Miscellaneous Tariff Bill” that has a strict set of criteria, including stipulations that each import category receiving the breaks is “noncontroversial,” which means the items are no longer made in the U.S., and cannot cost more than $500,000 in lost revenue per category annually to the U.S. Treasury.

The list of products involved is diverse, stretching from a wide variety of yarns, including combed cashmere and camel hair, which was hit with a duty of 4 percent per kilogram, and single yarn viscose rayon with a specified twist, which has a 10 percent duty, to a range of fibers and footwear components and finished rubber footwear.

The spike in production costs couldn’t come at a worse time for U.S. companies already struggling with weak consumer demand, a severe credit crunch and a global recession.

“Domestic manufacturers of apparel, textiles and footwear will be hurt by this,” said Nate Herman, senior director of international trade for the American Apparel & Footwear Association. “If they already had stuff in the pipeline or on boats coming in, they will now be facing full duties on those products.”

Herman said the AAFA warned its members that Congress might not act in time, which gave a handful of companies enough advance warning to order ahead, but also led to additional costs to carry the inventory longer. One member of the AAFA said the company will pay more than $35,000 a month because of the expirations.

Others weren’t so lucky and are now facing the increase in component costs.

“We have members who had acrylic and rayon fiber duty-elimination provisions that expired and now have to pay significant duties,” said Cass Johnson, president of the National Council of Textile Organizations. “With little flexibility in pricing, it is a significant hit for some of our member companies.”

Manufacturers also are concerned about how quickly Congress will act to extend the tax breaks. The House is not slated to be back in session until Jan. 12, while the Senate is not scheduled to return for legislative business until Jan. 20.

The House introduced a bill in late December that would renew the expiring tariff suspensions for three years on more than 600 imported products. The Senate has not yet introduced a bill and the entire process has been slowed down by the health care debate, as well as concerns over transparency in the process. In addition, Sen. Debbie Stabenow (D., Mich.) has expressed concerns over the inclusion in the bill of duty breaks for imported finished products, which she said could put U.S. manufacturers at a disadvantage.

Complicating matters further, textile groups led by the NCTO and the American Manufacturing Trade Action Coalition have written letters in opposition to proposals in Congress to add other imported products, such as knit-to-shape sweatshirts, sweaters, pullovers and blouses, for tariff breaks.

Auggie Tantillo, executive director of AMTAC, said in a letter to Senate Finance Committee chairman Max Baucus (D., Mont.) last month that giving temporary duty free treatment to knit-to-shape garments would undermine free trade agreements such as the Central American Free Trade Agreement, which requires the use of U.S. yarns and fabrics or textiles from the signatory countries.

“Allowing duty free treatment for garments made from yarns manufactured in China or India and shipped anywhere in the world for simple assembly puts downward pressure on competing products made by our FTA partners who use U.S. components,” Tantillo said in the letter. “This will harm the already weakened U.S. and DR-CAFTA textile and apparel industries.”

Lawmakers could opt to pass a short-term extension of the expiring duty breaks when they return and tackle the new, proposed products separately, but it is unclear what approach they might take.

Herman and Johnson said they would press lawmakers to make any extension of the expiring tax breaks retroactive so companies paying duties on imported components could be reimbursed.

“Under the circumstances, we’ll push to see if there is some way to get retroactive duty refunds for those [duty breaks] that have expired,” said Herman.

Companies generally pay duties or tariffs at the time the goods are imported and Congress agrees to extend the breaks retroactively. The firms would then by reimbursed by the Treasury.