Approaches to production, marketing and distribution are likely to shift close to home in the post-crisis era.

Cult men’s wear designer Boris Bidjan Saberi found an unexpected silver lining amid all the disruptions wrought by the COVID-19 outbreak: Concentrating all sample production, R&D and manufacturing around his home base of Barcelona is proving to be a huge advantage for his independent fashion label.

“We can sustain ourselves in these moments because we continue to produce locally,” he related in a recent interview. “We are still on time with everything and we could definitely deliver fall on time in July and August.” 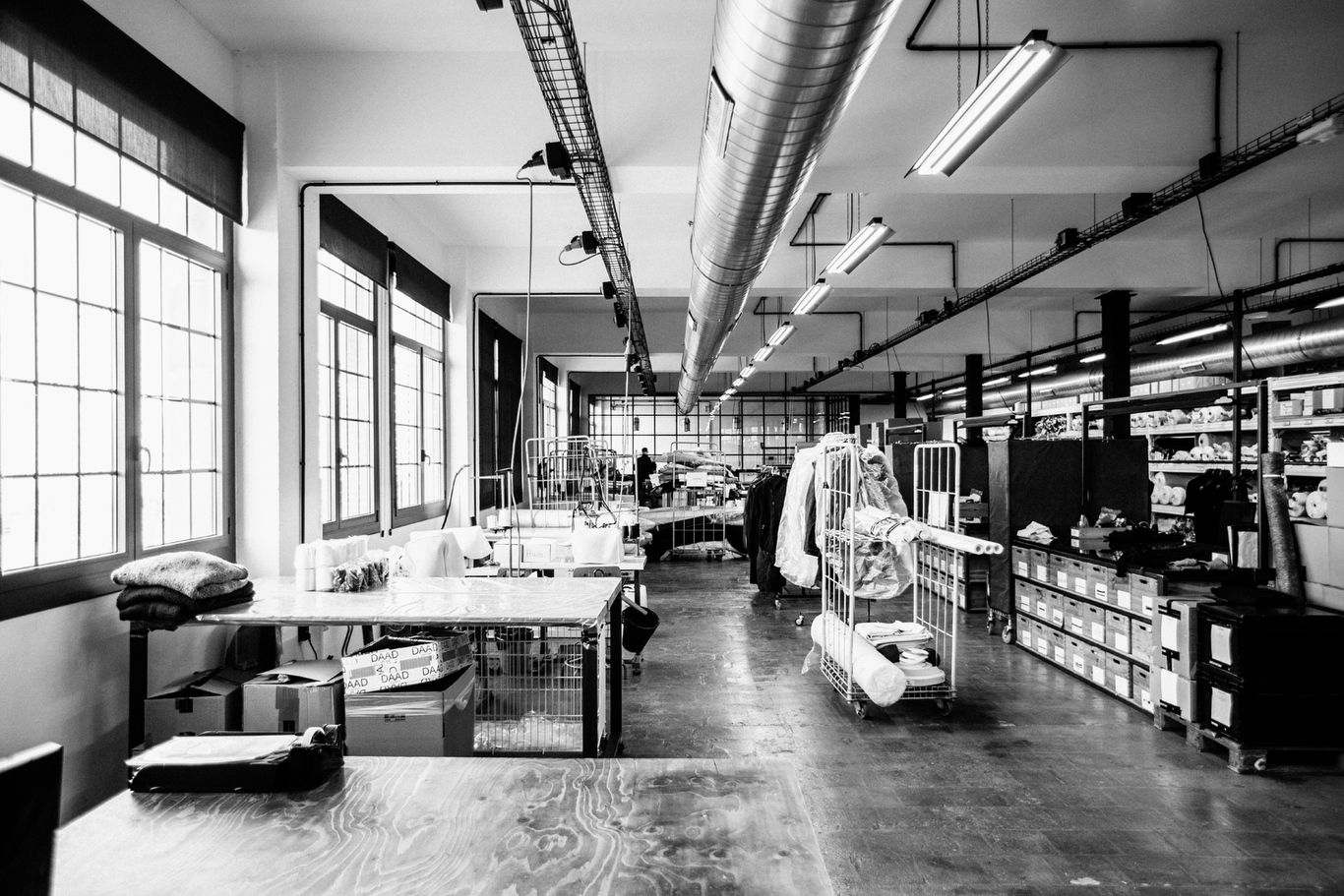 But Saberi is an exception in an industry swept up in recent years by globalization, an economic phenomenon that has made fashion executives, designers, models, photographers and journalists epically frequent fliers, and created sprawling supply chains for production and content creation, plus vast distribution networks.

Lockdowns due to the health crisis have exposed cracks in the system. Experts say efforts to rein in global sourcing and marketing strategies were already under way, and will accelerate as the pandemic unleashes what could be lasting curbs on travel, large gatherings and roving consumption.

“I do believe there will be a tendency toward more locally based activities as a consequence of different movements in the near future: nationalism to support local economies, luxury going back to its roots and Europe flair, and brands marketing products in a more relevant local manner,” said consultant Maximiliano Nicolelli of Milan-based Hydra Advisory. 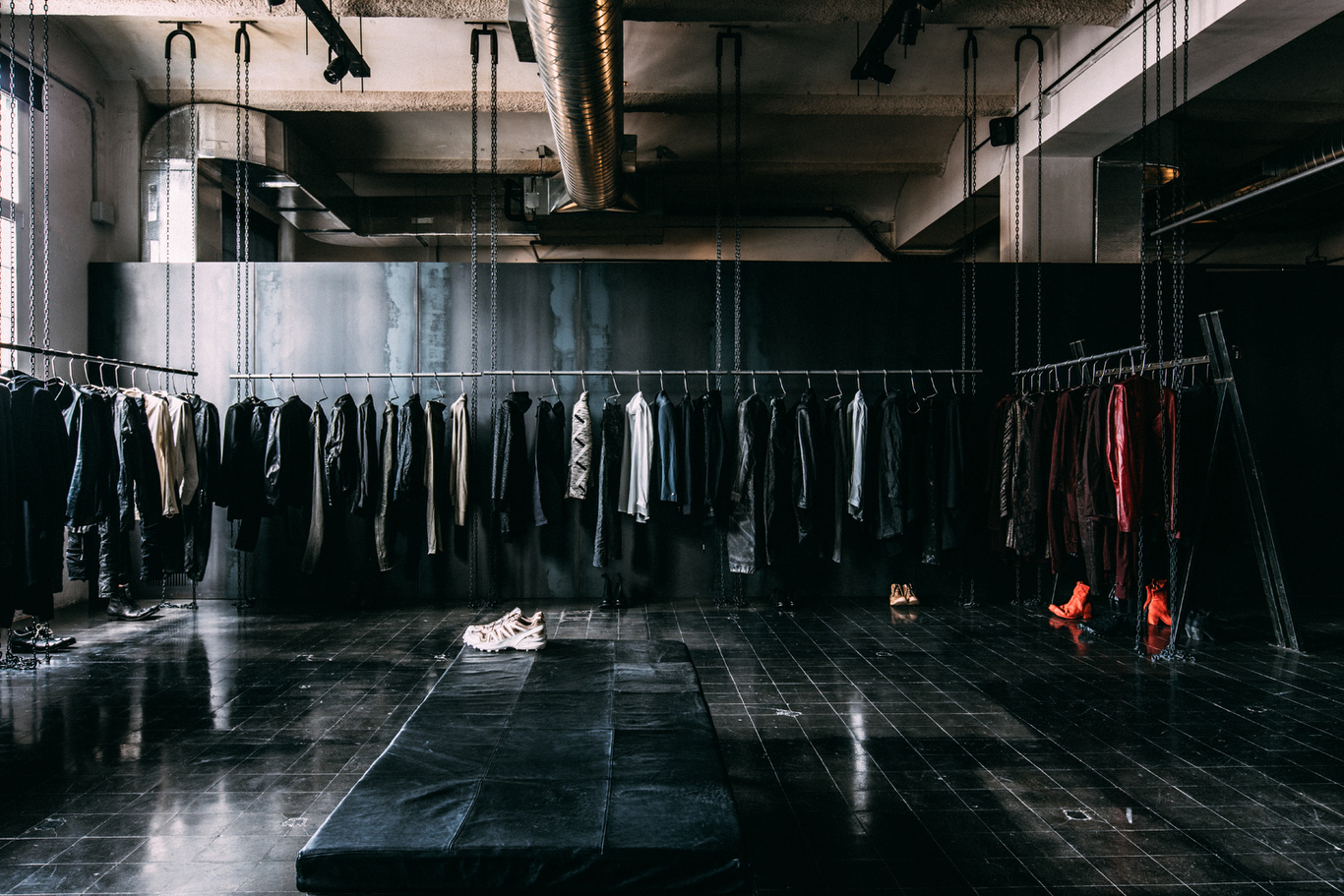 According to Bruno-Roland Bernard, a finance professor at Institut Français de la Mode in Paris, globalization has transformed fashion at both ends.

“It has shaped the supply chain and demand has become global, and ever increasing,” he said. “Obviously the COVID-19 pandemic has disrupted both the supply chain and the global distribution channels. More importantly for the future, the induced disruption has highlighted a number of practices which are progressively being rejected by the new generations of customers.”

Below, experts untangle how much global might yield to local across the spectrum of fashion creation, production and consumption:

According to Bernard, once the crisis ebbs, “fashion houses are widely expected to reinvent their supply chains if their sourcing was based in low-cost countries because the intensity of global trade is increasingly perceived as socially and environmentally damaging.”

He noted this would affect mainly “fast-fashion and affordable fashion brands.”

Claudia D’Arpizio, a partner at Bain & Co. in Milan, said high-end fashion and luxury firms already recognized that “proximity between product development centers and production is a big success factor” and that specialized manufacturers in textiles, leather and metallic components were already strongly concentrated in specific districts.

“Proximity reinforces the relationship, and aids in working together to find solutions,” she explained, whether that be technical solutions, or innovations in raw materials. “There’s a lot of touch and feel in fashion development, and this is difficult to digitalize, so this will take time.”

It’s likely that more production for Europe’s main fashion and luxury players will migrate to the Mediterranean area, stretching to North Africa, Turkey and Eastern Europe.

She also forecast a consolidation phase as many specialty makers are small in scale, family-owned and now feeling the financial squeeze of lockdowns.

“There’s a lot of interest from private equity and other investors to see how to consolidate this network of suppliers into a platform that can be bigger, that can invest in sustainability and innovation, support the transition to more professional management and the digitization needed to upgrade all the processes. This will help them survive and prepare for the next wave of growth,” she said in an interview. “There is a lot of momentum in the system to create poles and bigger manufacturing centers and centers of excellence.”

Bernard noted that if more production is repatriated, the industry could “see some bottlenecks and already established players will be at an advantage.” He was referring to the likes of Hermès and Louis Vuitton, which actively communicate on their need to train and develop skilled production talents to match increasing demand.

Nicolelli cautioned that there could be other downsides to localized production.

“From a supply-chain standpoint, having a locally based network of suppliers and workshops could represent an advantage in terms of control and flexibility. But at the same time, it might not be so interesting in terms of production costs or specific manufacturing competencies,” he said. “Specific production competencies and cost-driven supply chains may not be easy to relocate. It might happen, but in a limited way and as a consequence of some protective measures implemented by governments increasing tariffs or granting local incentives. It could definitely be easier for smaller brands to localize production.”

“They are inhibited by factories and suppliers not being fully open as well as delays in transportation. We might see a shift to more localized production,” she predicted. “I believe designers will at least try to seek out factories in their own cities to produce their garments. The caveat here is that U.S. production can tend to be more expensive and the variety is not available like in Europe.”

She also pointed out that “sourcing and producing locally is the best way to improve a brand’s environmental footprint.”

“The pandemic is just bringing this to light in an accelerated manner. The carbon footprint is much lower on a product that was cut, dyed and sewn miles from the store that it is sold in,” she said. “Local production in addition to local consumption cuts out an incredible amount of greenhouse gasses from the environment simply due to the reduction in shipping emissions.”

Already a major industry imperative before the crisis, sustainability will grow in importance with a particular focus on the end of a product’s life cycle, according to D’Arpizio.

Proximity to suppliers will be considered an element of sustainability — “to manage the journey of a product,” she said — and besides recycling and resale, “we could see the creation of a network of new jobs, people who can dismount the products” and allow components to be repurposed, D’Arpizio added.

“Although some national brands might get a boost — as is commonplace in hardship circumstances where nationalism takes many forms — there are no reasons to anticipate that global fashion brands would have lost their desirability,” Bernard said.

But observers agreed that content creation and messaging will shift.

He recommends global fashion and retail brands “need to build in many more local layers into their communication and campaigns. In order to reach the customers’ hearts, I would even advise to do special local campaigns for the bigger markets, using local talents, celebs and influencers to communicate in the local language and mind-set.”

Over the last two years, Schneider’s agency has produced several campaigns for H&M in Germany, its biggest European market, featuring the likes of pop star Lena Meyer-Landrut, German soccer player Emre Can and TV personality and DJ Palina Rojinski. The latter, focused on denim and released in February, was timed with the release of her film “Nightlife” and the video ad was screened in cinemas in some 500 German cities. 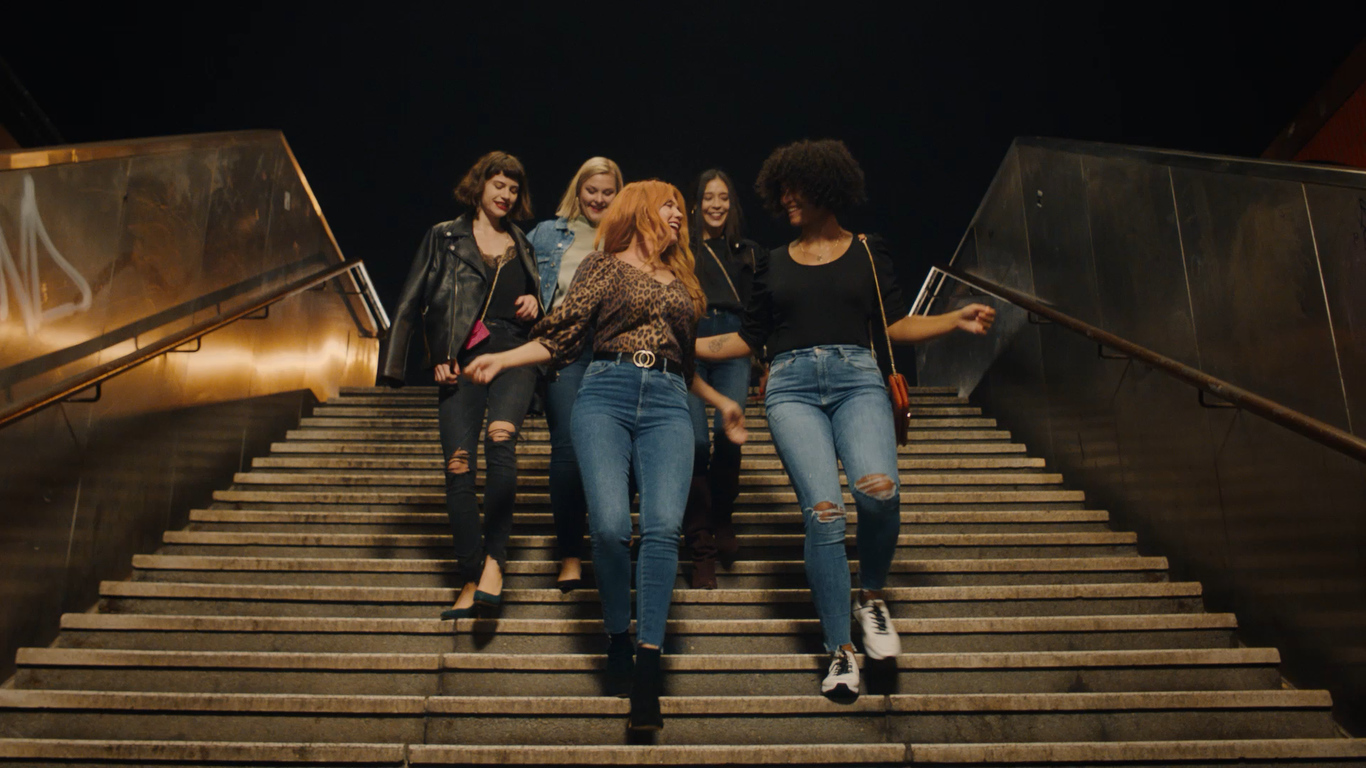 “These kind of campaigns featuring the best local talents are able to reach the customers in a new and more emotional way, the local way,” Schneider said.

In his estimation, big-budget photo shoots with marquee photographers, along with massive fashion shows and events, will all feel outdated in the post-virus era.

“Authenticity and creativity are key now,” he stressed. “It is crucial now to rethink every aspect of a brand’s communication, show empathy and sensitivity. But also show confidence.”

And what about that mother of all brand expressions – the fashion show?

“The jury is out,” according Bernard. “It is likely well-backed powerhouses will go on with these as they are very efficient to maintain and rejuvenate the brand equity, accompanied by localized interpretations. But as costs inflate we could see smaller houses going for multiple less-spectacular local shows, closer to their customers.”

He predicted emerging talents would still seek the benefits of Paris and Milan fashion weeks, a platform that contributes to early brand credibility. 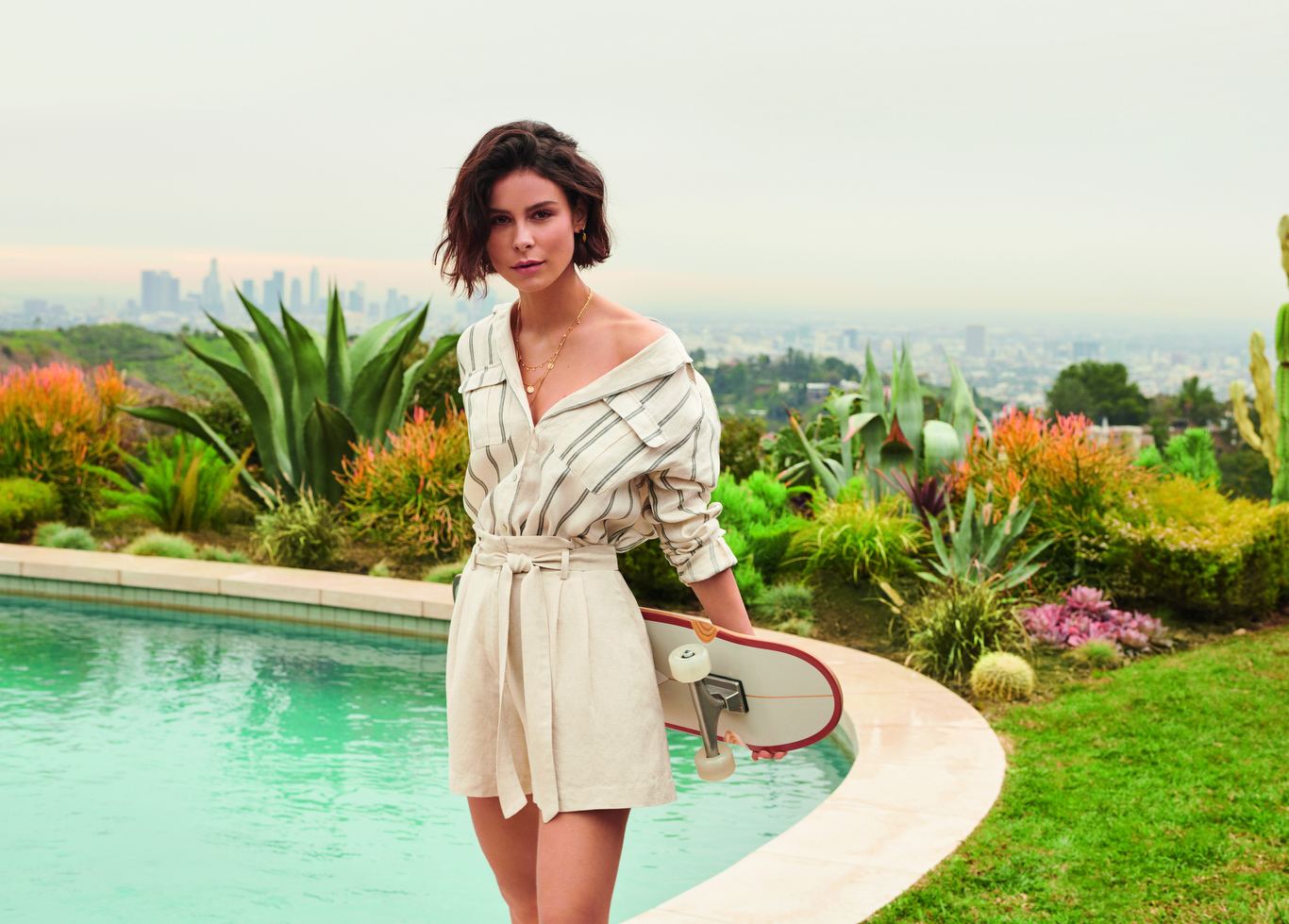 “Designers will be looking for new and innovative ways of expressing and showing their work most likely on more of a digital platform,” Gilhart predicted. “Tech is going to be massively important In terms of fashion shows and content creation as well as selling wholesale or DTC.”

According to Hydra’s Nicolleli, the COVID-19 outbreak has “accelerated people’s awareness of what globalization means and about the fact that although there are clearly differences between nationalities and countries, we are all interconnected. Having said that, we could definitely expect consumers to support more local businesses, reinforcing a sense of community, as long as these businesses convey authentic and relevant products and values.”

He predicted that “in the near future some governments could restrict international commerce by applying higher tariffs or providing additional incentives in order to localize production. On the one hand, this will clearly support local factories and suppliers fostering local employment. On the other hand, this may create supply-chain challenges and potentially have a pricing impact on final consumers.”

According to D’Arpizio, the crisis has refocused the need to help local communities first — consider how brands donated PPE and money to local healthcare workers and charities — and will further propel interest in local traditions and craftsmanship, particularly in China, where Gen Z especially is interested in local designers.

Matt Farrell, managing director at Trophaeum Asset Management, which owns prime retail property in central London and internationally, recently predicted a trend to “patriotic shopping” among the wealthy. “People generally — no matter where they are living — will be less keen to travel. They’ll want to help their local economies, and repatriate money to keep their countries going,” he told WWD recently.

Gilhart is of the same mind. “I think at this moment in time communities are deeply concerned that their neighbors, friends and local workers are in difficult situations. I know that if given the choice I want my spending dollars to go toward supporting those individuals,” she said. “Time will tell, but I believe that certain behaviors we develop during this lockdowns will continue to influence our behavior in the future.”

Long a key driver in fashion and luxury purchasing, travel will be interrupted for some time, and freedom to move about the world may not return for 12 to 18 months, according to D’Arpizio.

In the near term, that will reinforce local consumption, particularly in China.

But having a large network of stores worldwide may prove problematic in the longer term as e-commerce accelerates, and more luxury firms harmonize prices, thereby blunting the value of global shopping expeditions. This will “accelerate a process of repatriation of purchases,” D’Arpizio said.

She noted many brands may find they have too many stores in once-touristic destinations, Hong Kong being a penultimate example, and also some cities in Europe. Savvy operators may leverage the crisis to renegotiate rents, or abandon some locations to match what is likely to be subdued tourist purchasing in the future.

In addition, store operations may have to shift dramatically to be more focused on local customers, reducing the need for associates of specific nationalities and requiring changes in the selling ceremony, assortments and other key processes, D’Arpizio said.

Fashion’s Darker Side Comes to the Fore — Again