Functionality and consumer reliance during a pandemic-induced shutdown are giving the mega-retailers little but opportunity.

An Amazon delivery person in New York with a pile of packaged to be delivered during the coronavirus pandemic.

Already a scourge to small and mid-size retail and e-commerce businesses, major players such as Amazon, Walmart and Target are poised to come out of the coronavirus shutdown in an even stronger position than they were in before the pandemic upended normal life.

The close of “nonessential” business in major U.S. markets like New York and California doesn’t affect them, because they sell essentials alongside nonessentials and can remain fully operational. Stay-at-home orders in more than 30 states with more than 250 million people don’t affect them, because they have booming e-commerce and curbside pick-up operations. And now people who maybe resisted or didn’t know how to make use of those e-commerce options are doing so regularly for the first time. Never mind a likely recession either, since these companies mainly trade in a range of affordably priced goods that new consumers — young and old — are now looking at and buying on a regular basis, many for the first time.

“If you engage with something you hadn’t before, if you behave in a way you hadn’t before, you’re likely to do that in the future,” said Andrew Lipsman, a senior analyst for retail and e-commerce at research firm eMarketer. “Even those that already used Amazon for things occasionally, like grocery delivery, now are doing it weekly. They’re developing a habit. So much of Amazon’s power is in habit formation.” 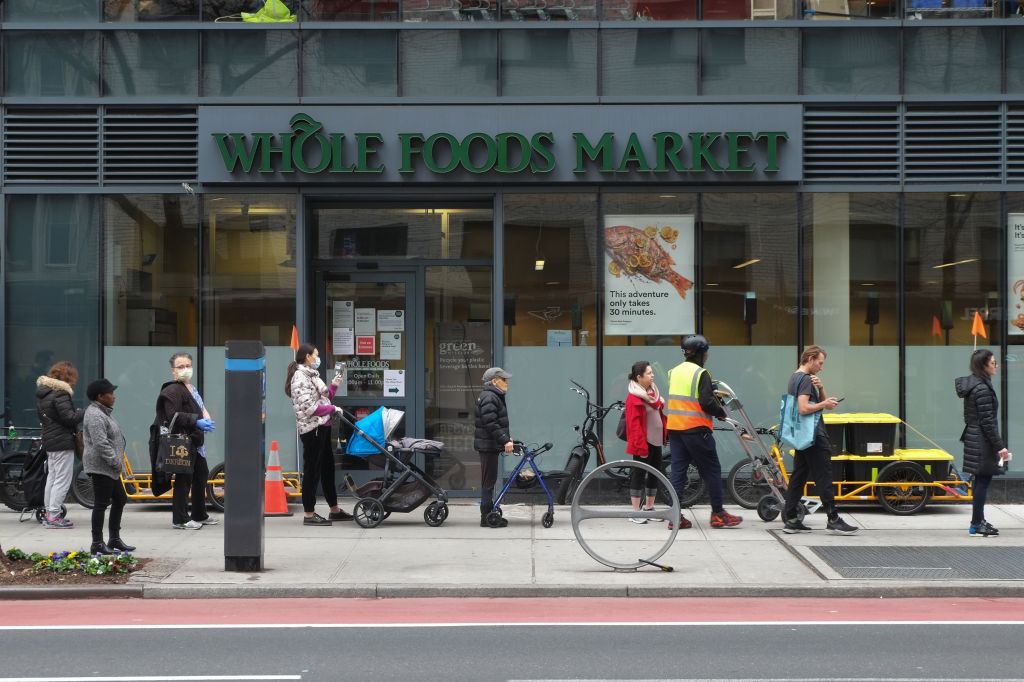 In the near-term, pretty much everyone is forced into that habit. Either ordering online because they can’t or don’t want to go out, or if they do, only going to the major retailers that are open and actually stand a chance of having the things they really need. Like toilet paper, food and utensils to cook it with, maybe extra underwear or another pair of sweats. Representatives of the retailers did not respond to requests for comment.

For categories such as apparel and beauty, Lipsman thinks the boost Amazon, Walmart and Target are seeing for those items is more temporary and based on necessity, but that doesn’t mean smaller mid-market and specialty retailers can wait months for shoppers to come back to them. Yet another thing Amazon, Walmart and Target have going for them is the ability to maintain at least a good portion of their marketing spend. So not only do they have more customers than ever, but they’ll have the ability going forward to maintain that new link through advertising and offers.

“There will be a return to normalcy over the next few months, and at that point, the bigger effects will become clear. We’ll be able to see if we’re really in a recession and then what that does to discretionary spending,” Lipsman said. “But for other retailers, even if you’re not losing share right now, you certainly have less demand for things.”

Meanwhile, demand has been so great for Amazon and Walmart that the logistics and fulfillment operations of both massive companies have been stressed, one of the only genuine business problems either has faced. Amazon deliveries are now many days off of its one-day perk for Prime members and Walmart has said it’s in need of at least 10,000 more workers, while Amazon is looking to hire 100,000 and Target is looking to fill 9,000 positions. 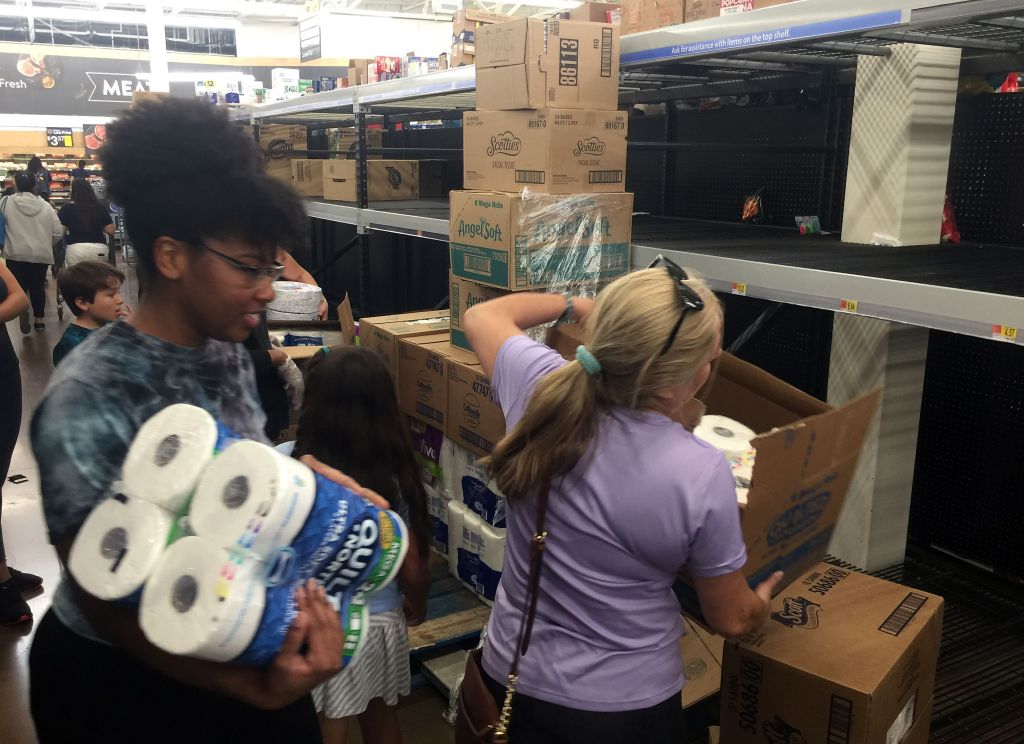 There’s also been the revelation of hoarding tendencies among the panicked public, making clear some issues in supply amounts. Still these are issues that any other retailer at this point would surely be willing to unburden Amazon and Walmart of. Otherwise, the coronavirus now sweeping the U.S. presents little but opportunity for companies with the means, namely substantial cash on hand, to weather.

“In the relatively short-term, companies like Amazon and Walmart are going to be more dominant than ever, yes absolutely,” said Andrea Szasz, a principle focused on consumer businesses at consulting firm Kearney. “They’re picking up all the volume. But in the longer-term, keeping it depends on them.”

While Szasz said it’s entirely possible that Amazon, Walmart or Target could simply kick back and enjoy the fruits of their positioning during the pandemic and count the cash they took in, “This is generally not an Amazon behavior,” she pointed out.

“I don’t think the writing on the wall is in red pen, but it is a question of how they are going to behave strategically as we come out of this crisis situation,” Szasz said.

So beyond gobbling up a vast majority of the consumer spending lost by other retailers, particularly those in the mid-range, like the stores often found in malls across the country, and direct-to-consumer, it’s entirely possible that Amazon and Walmart will seize other opportunities the pandemic has created. This potentially includes a glut of available talent from the start-up world and maybe even acquiring a brand or platform they’ve been eyeing. Many valuations will be increasingly depressed and younger, smaller companies and brands are already dealing with mass layoffs. If the likes of Amazon and Walmart don’t make moves for available talent and platforms, Szasz expects companies such as Google and Facebook to do so. Regardless, big companies with cash reserves could have a field day and give them even more business over the long-term.

“If all of these things move over to big tech or a couple of big retailers, that might create some extreme stickiness with consumers,” Szasz said. “Those companies who have not created a real direct-to-consumer business or a platform differentiator will just lose out; they won’t be top of mind after this. So many retailers built their advantage by having a store in a specific location — I don’t believe having a store is dead, but it is weakened. That’s a fact.”

Even for those companies that do have a viable e-commerce operation, particularly those in the direct-to-consumer space with smaller businesses, many may be forced to start selling products on Amazon or even at Walmart to stay afloat.

“Absolutely,” Lipsman said about seeing more brands showing up on Amazon as the result of financial pressure. “When a company’s back is against the wall, it’ll do whatever it takes even if it’s not the best long-term decision.

“If I’m a direct-to-consumer brand today, I’ve resisted Amazon, because I want to control the branding, to control the data, but funding has dried up,” Lipsman went on. “Now they can’t buy their way to growth and the whole customer acquisition equation is suddenly changing.” 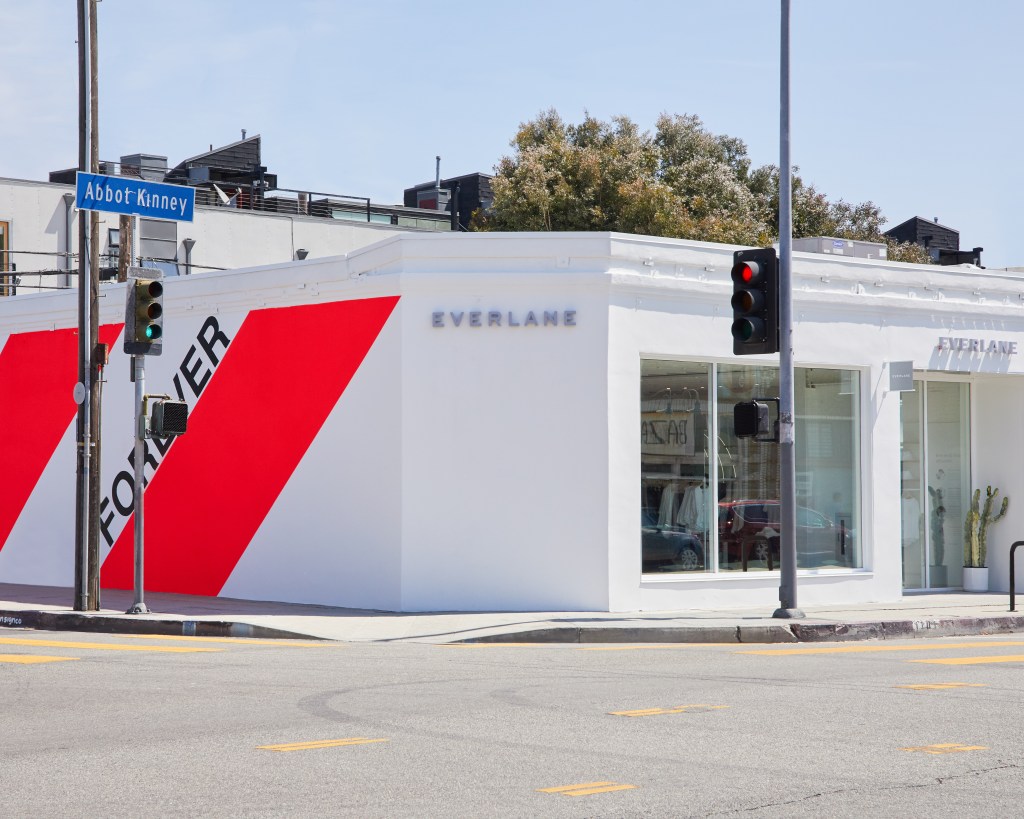 Everlane is just one direct-to-consumer brand that’s being hit hard by the forced closure of retail and disruptions to shopping online.  Courtesy

Zak Normandin, founder and chief executive officer of Iris Nova, which owns wellness-marketed beverage Dirty Lemon and a text-to-buy platform, said his entire wholesale business (a newer push that grew to around half of his revenue) disappeared in the span of a couple of weeks due to the crisis. He’s had to lay off some staff. Although he says direct-to-consumer sales of product over text are up 200 percent in March, he does sell “defensively” on Amazon one Dirty Lemon product. His exposure to the platform is limited, but Normandin can foresee other brands in a limited-selling position giving the company even more leverage than it already has.

“For companies to give Amazon all of their market share during this period will be a very bad decision,” Normandin said. “It will give them a monopoly. This is kind of the moment of reckoning for a lot of companies.”

He also noted that he’s adding brands in the consumer packaged goods space to his text-to-buy platform “as fast as we can,” and is in talks with companies in the beauty and fashion space, with an increase in interest since the coronavirus really hit the U.S. at the start of March. As for Walmart, Normandin is actually launching Dirty Lemon in the retailer nationwide in just a few weeks time. He said there’s been no indication from the company that it intends to pull back from the launch of the new product as it continues to deal with the coronavirus.

“When you look at where the major volume is going, Walmart has really excelled in its ability to meet the demand of consumers,” Normandin added.

So is there any hope for companies that are not as big as Amazon, Walmart and Target — pretty much every other company — to compete in the face of such scale and ability?

There may be two things that smaller businesses may have going for them — so long as they can hold on to their very existence for a couple more months of inevitable shopping changes and then possibly a recession.

One is the sheer fact that smaller businesses will have a much easier time comping for growth over the next year, which any investor, public or private, essentially insists upon quarter after quarter. Amazon and Walmart will be up against some serious numbers, and it could give them a bit of trouble in the stock market.

“Definitely the markets keep the bar quite high for companies that are expected to keep performing,” Szasz said. “They’ll be up against big expectations.”

Nevertheless, as it stands, Amazon, with shares currently at $1,978, and Walmart, with shares at $115, are both holding at around where they were pre-COVID-19. Amazon shares have fallen about 3 percent and Walmart by 6 percent. Target fell a bit further to $95 per share, about 10 percent. Another exception is Costco, the warehouse club competitor to Walmart Stores Inc.’s Sam’s Club, whose shares are down about 10 percent to $286. All are in a stronger market position, by far, than nearly any other public retailer. Nordstrom, for example, is at $15, down from a pre-coronavirus high of $41. Macy’s was forced off the S&P 500 index that tracks the largest stocks on Wall Street because its market capitalization has shrunk so much.

The other possible boost smaller businesses may get depends on how much consumers care that they stick around.

“I’m prognosticating here, but there is a lot of concern about small and medium-sized businesses,” Lipsman said. “I think there will be a consumer call to action to spend with these businesses. It could be profound.” 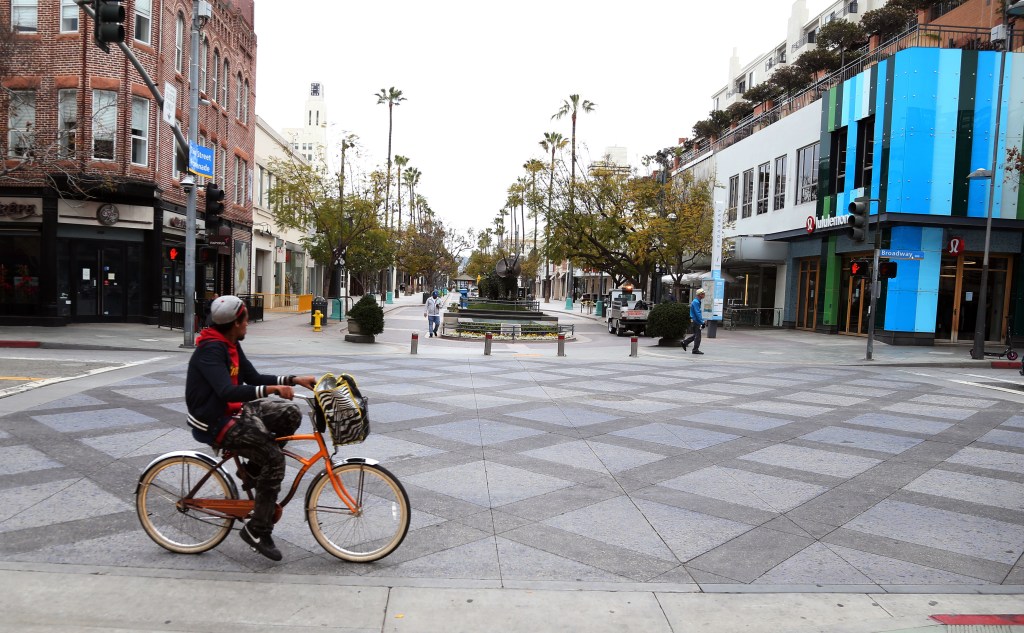 But with all of the fear around the economy, unemployment going up by millions of claims every week and uncertainty as to just how long coronavirus measures will be in place, it’s far from certain that people will have the fate of small and medium-sized business on their minds in the months to come. There, too, retailers like Amazon and Walmart, with their plethora of accessible and inexpensive goods, could take over with shoppers.

“That’s an additional play where Amazon and Walmart could be well positioned, the fact that so many consumers will have less dollars available,” Szasz said. “In that situation, you either go cheaper, smaller ticket items, or you cut down.”

She suggested any retailer going forward over the next few months should shift assortments to lower priced goods and focus more on promotions, likely for months to come.

Unfortunately, Amazon, Walmart and Target have a lot of practice in that regard as well. As the coronavirus drags on, it seems such companies were almost designed to succeed during an unprecedented shutdown of nearly all other kinds of retail and shopping.