With minimal international travel flow and daigou interrupted, domestic designers arguably have better reach than ever.

BEIJING — “It didn’t change that much, which is a big surprise for us,” said Aroma Xie, cofounder of Ontime Show. She was talking about the just-wrapped season of the trade show held at TX Huaihai.

Orders were filed and buyers from throughout China — even Hubei, where the coronavirus started — traveled to attend the event in Shanghai. Business seemed, in many respects, on par with past seasons. Whether it’s mall operators reopening or concept stores that have even charted their best-ever sales month, China’s coronavirus recovery appears to be under way, and with it, an opportunity for local brands and companies to have a greater voice in the market.

Blocked from all but the most essential of international travel, China’s consumers are an audience more captive than they have been in years. Daigou traders may still have the ability to send items via the mail but suitcase stuffing, their other main channel of moving product into the country, has been put on hold for now. This seems to play to domestic designers’ advantage, said Xie, who noticed at Ontime a greater share of budget from Chinese buyers reserved for local brands recently.

“Some of the Chinese buyers still went to Paris to order there in February, but some of them didn’t go and ended up with some saved budget usually set for foreign brands, and now, can use it on Chinese brands,” said Xie. “I have many media and stylists coming, too [to the show]. Shooting plans have been altered. If they had a shoot in Europe that cannot happen, they are trying to borrow Chinese brand samples.”

That’s not to say that brands haven’t had to make adjustments to the new market normal. Overall, designer collections were tilted toward more winter pieces, in case the retail recovery takes on the longer side of things, observed Xie. And because of the surge in livestreaming, she noted designers produced more eye-catching statement pieces to be more shareable online.

“For example, one of our brands is adding a cape, which they wouldn’t do before. They might do coats or some scarves that are designed crazier.”

Some, however, felt that shoppers are wanting the opposite in products.

“Consumers have shifted to investing more in timeless products,” said Angela Ng, chief operations officer at Both. “They would rather spend more on an investment piece that they feel emotional towards than buying into a bunch of seasonal-heavy garments that they probably don’t need. We have seen products that are classic, versatile and possibly stimulate emotions having a better traction compared to the more seasonal one-hit wonders.”

“People are more cautious with what they buy,” said Chen Zhi, the designer of Zi II Ci Ien. “They are more inclined to purchase must-buy items and ones that are more value for money.”

But while having different views about what styles are selling, many agreed that the average price per item has dropped.

Although business at the label Lucency had recovered 95 percent of pre-virus levels, its designer Misha Lee found a similar lower average basket.

“People were more active for online shopping during [the time we were] trapped at home even though they don’t have much chance to wear new clothes,” she said. “But I also realized per consumer transaction is getting a little bit lower. I think when people get bored, shopping can comfort people in a way, but in reality there is still limited budget for everybody.” 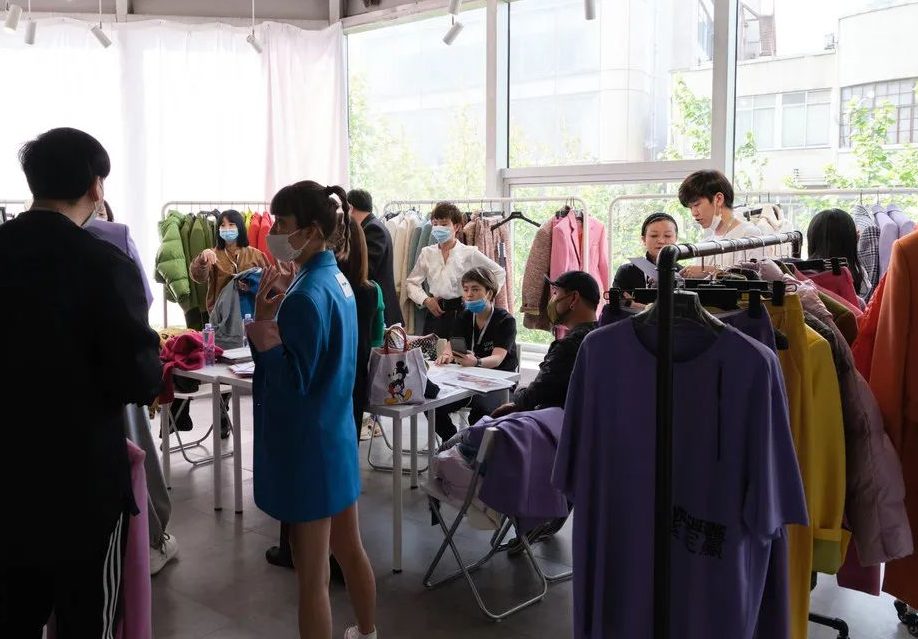 Pablo Mauron, managing director and partner at Digital Luxury Group, believes that the brands that will pull ahead in this COVID-19 recovery period are the ones that either have the financial cushion to spend while others pull back or the ones that, more simply, have the inventory.

“The big brands tend to benefit. The advertising billboard at iAPM and Plaza 66 has never been as cheap as it is now,” noted Mauron.

But when it comes to the second category — and some international brands like Hermès have succeeded in capitalizing on the “revenge spending” trend — others are somewhat locked out.

“Several brands when COVID-19 first hit Asia moved a lot of their stock outside of China,” Mauron said. “The brands that were able to shift it back in time here as Europe and the U.S. became affected are rebounding. But some struggled to get their inventory back in and now have demand they cannot fulfill.”

Both’s Ng doesn’t believe the shift will necessarily be delineated between international and domestic brands, but will come down more to a measure of how quickly a label can react to the market.

“The demand for international brands will still be there, post offices are working, and if the consumers really want to get something, they will find a way to get it,” Ng said.

She went on: “We are seeing a greater share of buying into brands that are more flexible and react quicker to what is happening in the world. With the current pandemic situation, brands who can adapt quicker to the shift in customers’ behavior are more likely to stay in business than the ones that are abiding by the traditional business models.”

Local brands, which tend to have more localized supply chains, have an advantage in this area. Brands like Haizhen Wang can reproduce items in 14 to 20 days, Xie said, to-market delivery times that would give even the fast fashion giants a run for their money.

“If the stores sense a trend with some pieces then they can just redo it very fast,” Xie continued.  Not only would it be a boost for Chinese manufacturers, but increased demand for local brands could also usher in greater creativity.

“I think it’s better for them to open their eyes and look around. Maybe traditionally, they might think ‘I want wool or cashmere so I want to go to an Italian supplier.’ But now, because of the situation, it pushes them to find sources here and they can discover many new interesting suppliers,” she said.