Crisis Management: Being Ready for the Next One

How companies can prepare for future shocks even in the midst of the COVID-19 pandemic. 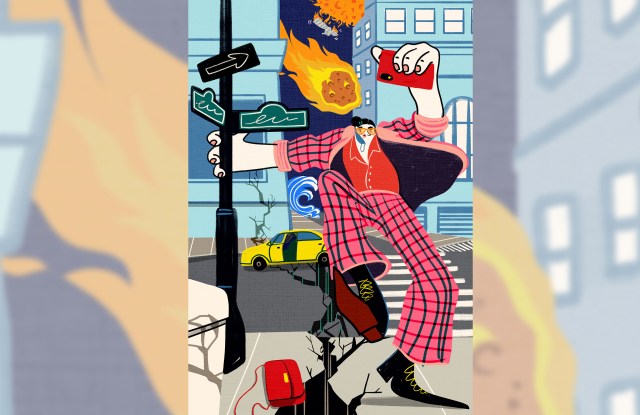 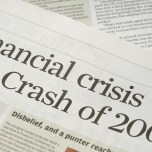 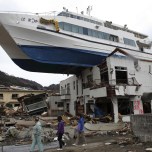 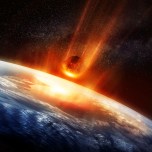 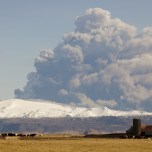 The coronavirus has been a crash course in crisis management.

Fashion — and nearly everything else — has been turned on its head. Runway shows were canceled, stores closed and companies hunkered down, leaving bills unpaid as consumer sentiment tanked.

But even as the companies that made it through the first stage of the COVID-19 crisis try to make a comeback and reopen, an important and disturbing question lingers:

What about the next one?

Surviving the spring and summer so far was already a trick and one that many couldn’t pull off, including the now-bankrupt Neiman Marcus Group, J. Crew Group, J.C. Penney Co. Inc., Brooks Brothers, Tailored Brands Inc., Le Tote and Lord & Taylor — the list goes on.

But there are things companies can do now to prepare for the next shock — whether it’s a second wave of COVID-19, a natural disaster down the line or who knows what. The quick check list is to stay flexible, stay alert and play to your strengths.

The next big challenge will very possibly be a repeat — or simply a continuation — of the last one, as COVID-19 cases continue to rise again in Florida, Texas, California and elsewhere as more people venture out. Already, the U.S. has logged 158,000 COVID-19 deaths and a new report from the University of Washington’s Institute for Health Metrics and Evaluation said the grim total could approach 300,000 by December. (About 70,000 lives could be saved by consistent mask-wearing over the next few months, the report said).

It’s a possibility fashion companies have been bracing themselves for.

“We’re not taking anything for granted,” said Patrice Louvet, president and chief executive officer of Ralph Lauren Corp. in an interview with WWD in late spring. “We know there could be a spike in cases again, which is why all the work we’re doing on connected retail is so critical.”

Like much of the rest of fashion, Ralph Lauren embraced curbside pickup of online orders during the pandemic — a quick fix for the immediate problem of closed stores that dovetails nicely into broader ambitions to expand the digital offering. As stores have reopened, the company has explored self-check out and is doing virtual appointments with shoppers at its factory outlets as well as in its full-price stores.

These capabilities will help the company if COVID-19 prompts further shutdowns.

Ralph Lauren is also leaning all the more on its brand positioning and the connection it has built with consumers over decades.

“The nature of our brand is about timelessness, so even if things get better and get rough again, I think we stand the test of time,” Louvet said.

At the same time, flexibility is key. In an interview last week, Louvet added, “We know that business is never a straight line, so the ability to be agile is core to being around for the long term.”

COVID-19 has companies of all sorts looking hard at their operations and their reason for being — a self-examination that could help prepare them for other shocks down the line.

“To get through all of this, companies are going to have to get back to the basics of what they are,” said Jonathan Low, a partner at the Predictiv consultancy. “Everyone’s going to have to simplify because there’s a sense that this [COVID-19 disruption] is going to keep happening for a while and to be functional and hopefully profitable, everyone has to assess whether the cost of providing endless variations justifies the financial return.

“Is there something that sells year-in, year-out, season-in, season-out, and is that kind of who we have to be when things become dire?” Low said.

Those calculations are already being made up and down the line.

Fashion seasons have been consolidated — as evidenced by Virgil Abloh’s new strategy for Louis Vuitton men’s of “seasonless” collections, first displayed last week in Shanghai; underperforming stores that have been axed at even strong players, such as Nordstrom, and other adjustments.

In June, Macy’s Inc. parted ways with retail innovator Rachel Shechtman, brand experience officer, who founded the experiential store Story and was working on new concepts with the department store. “Based on today’s economic realities, we are pausing our new-store format work to focus on our existing store and omnichannel footprint,” a Macy’s spokeswoman said at the time.

These are new realities for affluent Western businesses and consumers, who have become accustomed to more of a steady state of affairs.

“We’ve removed uncertainty out of our lives,” Low said. “When it happens, part of the reaction is, ‘This can’t happen to me, I have an American Express Platinum Card, make it go away.’ It’s not just being operationally ready, it’s being psychologically ready for uncertainty that we haven’t seen since the Forties.”

Adjusting to this moment — and learning its lessons — could help companies see threats more clearly in the future.

A pandemic is something that was always seen as a possibility, but to many outside the medical world, it was a very abstract concern. Even after Chinese officials shut down Wuhan — a city of more than 11 million people — to combat COVID-19, many in the West failed to register any direct personal threat even as the virus spread in China, and eventually into Europe, seriously disrupting the industry’s supply chains.

Perhaps that’s because mixed in with the major shocks — like the 9/11 terrorist attacks or the 2008 financial meltdown — there are many smaller and passing disruptions.

In 2010, air travel briefly ground to a halt in Europe after Iceland’s Eyjafjallajökull volcano erupted, but as there was no lasting disruption, life returned to normal. The same goes for solar flares, which have disrupted digital networks in the past, but experts believe could lead to a much broader shutdown of the systems that make modern life tick. People have also learned to live with the threats of hurricane seasons, social upheaval or another massive earthquake in California (let alone more esoteric worries that keep preppers up at night, like a super-volcano eruption, a nuclear confrontation between countries or a meteor strike).

Climate change is another kind of crisis, one that’s been slowly approaching and announced in the headlines for years, but has only gotten the attention of many businesses recently as consumers have grown louder and put the issue front-and-center.

The Bulletin of the Atomic Scientists moved the Doomsday Clock up to 100 seconds before midnight in January, noting, “Humanity continues to face two simultaneous existential dangers — nuclear war and climate change — that are compounded by a threat multiplier, cyber-enabled information warfare, that undercuts society’s ability to respond.”

If any further proof were needed of how quickly — and drastically — the status quo can change, Lebanese designers were among those reeling last week from a warehouse explosion in the port of Beirut that sent a shockwave across the capital and killed at least 100 people.

But even though companies can’t predict the next solar flare, volcanic eruption, hurricane or many other disasters in advance, there are steps they should be taking now to be ready for the next big crisis.

“Supply chains are absolutely as long as they can get,” said Kathy Gramling, EY Americas consumer industry leader. “We are running supply chains with very slim excess capacity. We’ve left ourselves exposed as an industry. One way to become more resilient is to add a shorter supply chain.”

Supply chains grew longer — reaching to Asia for most Western brands — to cut costs, but having more supply closer to the end consumer lets companies react quicker to trends, or the immediate needs of a crisis, while pumping more money into economies nearby.

Brands for some time have been talking about near-shoring production with some taking steps in that direction, but consumers have largely voted with their wallets and seemed to be more in tune with price and style than the “Made In” label.

“I wonder, is this the global crisis that changes the consciousness of consumers around sourcing,” Gramling said of COVID-19.

Companies should also be looking at ways they can position their businesses cost-wise and think through process automation, Gramling said.

“We’ve started it, but I wouldn’t say this is a sector that has really embraced process automation where machines can do the work,” she said. “A machine doesn’t get sick. It is resilient, but is also cost-effective. If you variabilize your cost by outsourcing [some functions], you would find yourself a little more resilient or fleet of foot.”

Gramling said companies — in the midst of one crisis and looking toward the future — can “hunker down or double down.”

Play it safe companies will blanch at the big-time changes that need to be made.

“For the leadership teams that look at this as a time to double down, they won’t just survive, but they will come out and thrive, in this crisis and the next,” she said.

Being in the right place at the right time has certainly helped some brands in the COVID-19 crisis — like the e-commerce-savvy Amazon — but there’s more than just luck at work in their success.

Amazon has worked and spent lavishly to try to be ahead of the curve and that appears to be paying off now, when it’s become a business truism to say that the pandemic hasn’t created new trends but dramatically accelerated ones that were already under way.

Barbara Kahn, professor of marketing at The Wharton School, pointed to “algorithm-based consumer-centric omni-channel integration” where all the different kinds of consumer information are pulled together and then used.

“I don’t think many of the retailers are sophisticated enough to get that yet, but Amazon certainly is,” Kahn said. “The more information you have about your consumer, the better your forecasting.”

Knowing and being able to connect with the customer is just smart — in good times and bad.

“Build your brand, build a customer experience and be customer-focused,” Kahn said. “The better you know your customer, the better you’re going to be able to anticipate their reaction to unanticipated events.”