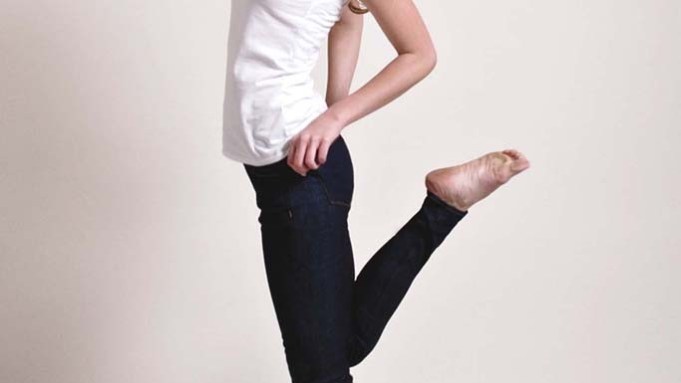 If it weren’t for the Internet, Julia Eva Kastner wouldn’t have been able to fulfill her dream of designing sustainable denim so quickly.

A year after graduating from Harvard Business School, the 29-year-old sold more than $22,200 worth of organic cotton jeans, T-shirts and ties to 210 customers in one month for her brand, Eva & Paul, on the Web site Kickstarter. She soon landed on the cover of “Fresh Young Millionaire” and signed the boutique Portobello Road in Chestnut Hill, Mass., to carry her fair-trade line.

“Kickstarter was a great way for us to get started and test our fit,” said Kastner, who also organized 10 trunk shows in conjunction with the fund-raising campaign. “I was able to buy the minimum from our [fabric] partner in India and I put in the capital all at once. It was a challenging thing to do and a big risk without having the preorders in advance.”

A growing number of denim brands like Eva & Paul are turning to crowdfunding — or raising money from the billions of people online — to help them finance their new collections or line expansions. Through sites such as Kickstarter, Indiegogo and RocketHub, the circle of early investors — and first customers — is widening beyond friends and family to include geographically far-flung followers of Facebook, Twitter and other social media sites.

While still modest in comparison to the billions of dollars provided by banks and other sources of financing, crowdfunding is providing a steady source of seed money that is tougher to nail down in the postrecession economy. It’s not only giving designers the cash they need to get started, but valuable feedback on their merchandising and marketing ideas and occasionally even some of the publicity coveted by emerging brands.

Rappard, a 28-year-old native of The Netherlands, quit his job at Google and spent six months developing samples and directing photo shoots before his May 7 debut on Kickstarter. The five-pocket jeans, made from Japanese selvage and carrying a wholesale price of $95, were offered on the site with an option to try on three pairs at home and return two.

He hit his $20,000 goal in 36 hours, and 40 days later had more than quintupled that amount, with 971 backers ordering nearly 1,000 pairs of jeans. Demand was so strong that he moved to Long Beach, Calif., from San Francisco to be closer to Los Angeles factories. Still, his first orders were shipped two months late.

“At the end of the day, you still face the same real-world challenges that any brand faces,” Rappard said. “If you don’t have a clear strategy, you’re going to fall on your face very quickly and nobody will care.”

Beyond financing, crowdfunding sites can make it easier to run a business. For instance, they help collect e-mail addresses for future sales and fine-tune research and development.

“You have the opportunity to have people become a paying focus group,” said Roberto Torres, president of Tampa-based Black & Denim, which raised more than $39,000 through campaigns on Kickstarter and Indiegogo to expand from men’s jeans and T-shirts into women’s. “If there’s something wrong with your product, they’ll let you know.”

Moreover, success on the Internet can open opportunities in the nonvirtual world. Consider Solomon Liou, who jumped into the jeans business two years ago after obtaining his masters of business administration from the University of Pennsylvania’s Wharton School and working in online advertising. Having drummed up more than $90,000 last January to launch Parke New York, he’s received more than $164,700 in pledges for an activewear-inspired subbrand, which ends its current campaign Nov. 1.

Based on Parke’s success, four of his Kickstarter backers became angel investors in his company, contributing $150,000. “It’s not just to raise capital,” he said of his experience with crowdfunding. “It’s also to validate your idea.”

For David Kien, who raised more than $12,500 on Kickstarter to produce jeans jackets for his first line, Duc Kien, crowdfunding proved far more desirable than other avenues for starting a fashion business. Without it, he said, “I have to go to trade shows. I have to meet buyers and haggle with them.”

Of all the apparel categories, casual clothes like jeans tend to do well on crowdfunding sites thanks to their democratic design and broad appeal. The most successfully funded fashion project for Kickstarter was The 10-Year Hoodie from Brooklyn, N.Y., which raised more than $1 million for a venture involving sweatshirts that are guaranteed for a decade. Gustin, a San Francisco-based men’s denim line that has since taken to crowdfunding on its own site, came in second with just less than $450,000.

As with more conventional start-ups, not all the stories have happy endings. Inconstitchuous Denim fell about $18,000 short of its $22,000 Kickstarter fund-raising goal. Philadelphia’s Rags & Threads managed to raise just $125 of the $25,000 it sought on Indiegogo for its men’s and women’s jeans line.

“For every one great thing, there are probably 1,000 terrible things,” said Macala Wright, chief executive officer and cofounder of Why This Way, a Los Angeles-based digital strategy and analytics firm.

Wright noted that denim is a good fit for crowdfunding. Designers present their story in a thoughtful video, shed light on the manufacturing process and leave a scent of social responsibility. The jeans or other incentives offered in return for investing are “hugely enticing,” she said.

But Danae Ringelmann, who cofounded San Francisco-based Indiegogo in 2008, asserted that crowdfunding isn’t about e-commerce.

“The main benefit for designers using crowdfunding, and specifically crowdfunding on Indiegogo, [is] it’s proving to the world that they’ve got something the world wants,” Ringelmann said.

Campaigns on crowdfunding sites can serve as testimonials to persuade retailers and other financiers to work with the entrepreneurs. The designers can also mine the data from clicks and orders to tweak their product lines.

“For some people who treat it just like an e-commerce platform, they’re underutilizing the opportunity,” she said.

While not disclosing the total amounts raised on Indiegogo, Ringelmann said it’s “distributing several millions of dollars every week.” Unlike its more well-known rival Kickstarter, Indiegogo allows entrepreneurs to keep all money raised, even if a specific goal isn’t reached. From its founding on April 28, 2009, through Oct. 15, New York-based Kickstarter has received $18.6 million for 1,200 fashion projects, a small fraction of the $830 million raised for some 50,000 projects overall. Still, with the average expenditure to launch an apparel product at $30,000, and $500,000 in investment needed before most factors will back a brand, every dollar counts.

“If I was looking for investors, I would go to an investment banker or a venture fund,” said Jeff Shafer, who raised about $44,500 in July to launch Bluer Denim Project, a youth-oriented, less-expensive, Web-only alternative to his 11-year-old brand, Agave Denim. “If you do that, you do get money and there are strings attached. For Kickstarter, if they purchase goods for a future delivery, other than a moral obligation for the delivery, you get the money with no strings attached.”

As long as the crowdfunding campaigns don’t violate the sites’ terms — such as infringing on others’ intellectual property or peddling drugs and weapons — anything goes. Fees for U.S. projects run between 7 and 12 percent on Indiegogo, 8 to 10 percent on Kickstarter. Campaigns aren’t censored.

“What if we did that and we accidentally squashed the dreams of the next Michael Kors?” said Ringelmann. “How are we to judge if someone has potential? That should be the next Michael Kors to prove that. It’s the audience that determines whether they like their design.”

The bigger the audience, the better. Dirtball, an eco-friendly T-shirt company from Hickory, N.C., began gaining traction for its Kickstarter campaign to make jeans out of recycled cotton and polyester in the U.S. only after it changed its location to New York from Hickory.

“Maybe four people in Hickory look at Kickstarter,” said Joe Fox, a former race-car driver who founded Dirtball. “If you put New York, San Francisco or Chicago, then that would get posted on Kickstarter for the city page recently launched. A lot more people look at Kickstarter in New York than Hickory.”