Cyber Monday: Not Just One Day

As digital sales continue to grab an ever-larger part of the holiday retail pie, the onslaught of online shopping is starting earlier and earlier. 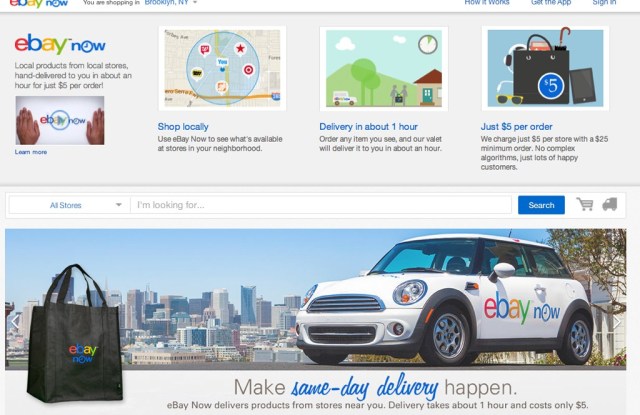 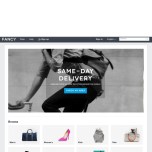 As digital sales continue to grab an ever-larger part of the holiday retail pie, the onslaught of online shopping is starting earlier and earlier. As in 2012, holiday e-commerce and mobile sales this year are expected to kick off on Thanksgiving Day — but experts predict more transactions will occur this Thanksgiving than ever before — and the boom will continue into Black Friday and through the weekend.

Cyber Monday sales last year rose 21.7 percent to $1.25 billion, according to ComScore, with some 10 million consumers shopping online and spending $125 on average. The term “Cyber Monday” was coined by Shop.org in 2005, long before high-speed Internet and mobile commerce were easily accessible and when consumers relied on the broadband Internet in their offices to make purchases after the long weekend.

Now improvements in fulfillment — like same-day delivery — as well as increased smartphone penetration and mobile usage are contributing to one long cyber shopping period that starts on Thanksgiving and carries through to the days leading up to Christmas.

“Cyber Monday is like this digital innovation where people are trying to do a modern take on the old kind of Black Friday holiday — but Cyber Monday is already out of date,” said Joseph Einhorn, chief executive officer of e-tailer Fancy.

The site’s biggest day last year came on Cyber Monday, when it took in $133,000 in sales. Two weeks ago, Einhorn said, the site did $185,000 — with no marketing or holiday promotion involved. The discovery-based e-tail platform has raised $78 million in funding and started selling product in March 2012.

“Everyone wants to shop online; they just want to know when they or the person [they got it for] is going to get the gift,” Einhorn said. “In our mind, it’s not Cyber Monday — it’s the holiday season starting on Thanksgiving Day, and it doesn’t end on Cyber Monday.”

Einhorn said convenience has long been the problem with digital commerce and that ordering online just never felt the same as buying something in store if it arrived several days later. But with same-day delivery, consumers can now get the satisfaction once previously limited to the brick-and-mortar shopping experience. Fancy launched same-day delivery in 100 cities globally on July 30.

“We’re hoping we can turn the entire holiday season into one very long Cyber Monday, hopefully without the discounts,” Einhorn said.

Steve Yankovich, vice president, innovation and new ventures at eBay Inc., said consumers now have better fulfillment options and can receive product in as little as one hour after ordering.

“We’re going to see more ways for people to discover, find and buy the product, and more ways to get it into their hands wherever they are,” Yankovich said. “We’re taking delivery in such a way that it’s going to continue to shift both the schedule of holiday [shopping] and then literally how boxes and packages make their way to where they need to go.”

At eBay last year, the biggest mobile sales day occurred closer to Christmas. And while Yankovich admits that Cyber Monday might not be the biggest online shopping day any longer, it still creates consumer awareness. He believes Cyber Monday isn’t going away anytime soon even as he noted that Black Friday has become equally as important for e-commerce.

Bruce Welty, ceo of Quiet Logistics, an e-commerce fulfillment company that works with Zara and Gilt Groupe, said it was the concept of Black Friday as a shopping event that spawned the Cyber Monday mind-set. He said shoppers have taken a slightly different tack each year and that sales once concentrated on Friday and Monday are beginning to spread out, picking up the week before Christmas, which rivals Cyber Monday in terms of sales volume.

“What’s happening now — we call it Cyber Week,” Welty said. “It starts around Thanksgiving and goes for a week following. It’s spreading, it’s evening out and we see a big spike in shopping that week. It’s still a little bit concentrated on Monday, but every year it’s spreading out more.”

Even though it seems unlikely that most people will wait to shop until Monday — when they can purchase from their phones and tablets after Thanksgiving dinner, Black Friday and throughout that weekend — most experts are still hesitant to call Cyber Monday antiquated.

“I wouldn’t say Cyber Monday isn’t important,” said Scott Falzone, industry director of retail at Google Inc. “It continues to be important, but the whole week is.”

Mobile devices were a real driver of heavy online sales on Thanksgiving Day last year, said Falzone, noting, “[People were shopping] in between breaks at the table or waiting for the next course.”

This year, he expects Black Friday to be the biggest mobile shopping day, just as it was in 2012.

Based on data collected from the cloud-based commerce platform, which works with clients like Brooks Brothers, Elie Tahari, L’Oréal, Tory Burch and Puma, there are other days in the year that are becoming just as important as Cyber Monday, if not more so.

Demandware has found that while sales on Cyber Monday continue to increase at a material rate, Black Friday over the last four years has actually grown by 5 percentage points greater than Cyber Monday.

Garf acknowledged that while the fourth quarter and holiday season represent the bulk of sales volume for retailers, companies are relying less on just a few days. He said holiday sales are now spread out over a more extended period — flattening out across several days, most notably Black Friday. (This year, however, there are six fewer shopping days between Thanksgiving and Christmas than there were last year).

“Revenue growth between Black Friday and Christmas is essentially equal to revenue growth for the remainder of the year,” Garf said. “The tide is rising equally, and the digital sales for that time period aren’t increasing at a higher rate than the rest of the year.”