Dispo Founder David Dobrik Has Become Toxic, and VCs Are Over It

Investors and brands can’t get away from David Dobrik or his camera app Dispo fast enough, at least for now.

That may not be lost on Dispo, the very recently buzzworthy camera app created by YouTube star David Dobrik. The influencer has become persona-non-grata among investors and brand partners, several of which backed away from anything related to Dobrik after one of his former Vlog Squad members was accused of rape last week.

Waves of surprise have been wafting through Silicon Valley this week, and not just because the allegation itself is horrible. It’s that VCs, themselves often accused of everything from bias to sexual harassment, aren’t usually the condemning types.

Ellen Pao discovered that when she sued her firm, Kleiner Perkins Caufield & Byers, over sexual harassment in 2012, and so have female start-up founders. According to a 2020 Women Who Tech report, 40 percent who faced harassment said it was perpetrated by an investor. 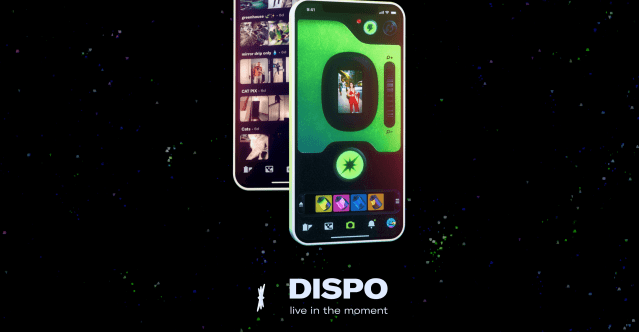 Dispo, once known as David’s Disposables, is a photo-sharing app that acts like a disposable camera. Last month, the company’s $20 million in series A funding valued the app at $200 million.  Courtesy image

“Unfortunately this is an occurrence that happens every day, and unless there is a big splashy story, no one pays attention,” Courtney Lawless, tech founder, venture capitalist and co-host of Amazon Prime’s “Wolf PAC” series, told WWD. “Right now, anyone who has any connection will try to sever ties to avoid the association and any bad press involving Dispo. As far as what will likely occur, this will be yesterday’s news in the coming weeks and another VC or private equity firm will step in very quietly.”

That may happen in the future, but for now, the immediate backlash against Dobrik and his app has been swift and decisive.

Spark Capital, which just led the $20 million series A that handed the start-up a $200 million valuation, is severing ties, and new reports contend that $8 million of the amount is on hold. Alexis Ohanian’s Seven Seven Six, the fund that led Dispo’s October seed round, is backing off, at least from Dobrik, and plans to donate any related profits to support groups for sexual assault survivors.

Unshackled Ventures is donating profits as well, as is Dispo seed round investor and Lime tycoon Wayne Ting, who said he’s also pulling the plug on future funding over the “serious and disturbing” allegations.

Apparently the Dispo founder’s resignation from the board of his own company — so he wouldn’t be a distraction, he said — and his two apology videos haven’t had the intended calming effect.

The recent allegations against David Dobrik are extremely troubling and are directly at odds with Seven Seven Six’s core values. We have been working closely with Dispo over the last week and are in full support of their decision to part ways with David.

In his latest mea culpa, Dobrik expressed regret for his role in putting “Hannah” — the unnamed victim who accused former Vlog Squad member Dom Zeglaitis, aka “Durte Dom,” of assault in 2018 — in an unsafe environment. A video of Zeglaitis and Hannah reportedly filmed the night of the alleged attack earned five million views before Dobrik took it down.

“I made a joke of what kind of a person Dom was because I couldn’t wrap my head around a childhood friend of mine doing this to people and actually hurting people,” Dobrik said in his video.

The jury’s out on what happens next, even aside from the potentially serious legal issues.

The urge to distance from Dobrik has gone beyond the investor world. Angel City Football Club made it clear that it wants nothing to do with him when the Los Angeles-based women’s soccer team — which counts Ohanian and wife Serena Williams, along with other celebrities, as co-owners — dropped him from the owner rolls this week.

On the brand front, SeatGeek — a sponsor so valuable to the Vlog Squad that Dobrik once considered it an honorary member of the crew — said it’s not working with the YouTube group, and it doesn’t plan to in the future. Others, like Dollar Shave Club, Bumble, EA Sports, HBO Max, Facebook and Audible, Honey and several food-related companies, including HelloFresh, Chipotle and Frank’s RedHot, are hastily putting some distance between them and him.

It’s clear that Dobrik’s star has fallen. The man who once inspired Chipotle to name a burrito after him, even spawned a fragrance last year, and scooped up a $9.5 million mansion can now only sit in his new Sherman Oaks digs and watch as his business sheds backers.

Then again, VCs tend to have short memories. That may be especially true of investors so excited by a budding social media empire built on gags and fueled with shock that they clamored to invest in its new camera app business.

They or others could come back around eventually, and if they do, it wouldn’t surprise Lawless. But it might not be on terms Dobrik would like: “I don’t think it will quite look like a fire sale, but someone could acquire the company or the assets at a nice discount, and potentially roll it into another platform,” she posited.

The real tragedy in that is how it could affect other innocent people, though.

“Just as unfortunate here is that there are investors and other people at the company who have done no wrong, but will be harmed by the actions of one person,” she said.