By Alexandra Steigrad and Evan Clark on January 6, 2011
View Slideshow 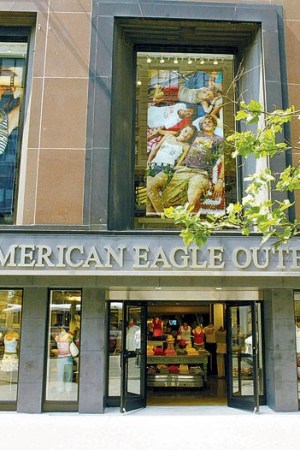 So much for consumer mania.

This story first appeared in the January 7, 2011 issue of WWD. Subscribe Today.

Shoppers reverted to their more frugal natures in December, dragging retailers to weaker-than-expected comparable-store sales for the month and putting fourth-quarter profits at risk. The numbers were in sharp contrast to the euphoric feelings retailers had throughout the holiday period when their Christmas wish was that consumers had finally shaken off their Scrooge-like behavior and were ready to buy, buy, buy.

Instead, a small majority of stores tracked by Thomson Reuters — 51.9 percent — missed analysts’ sales estimates for the month.

Coming off a strong November, retailers were looking to maintain their momentum, but consumers pulled back on purchases during the last two weeks of December.

All told, retailers reporting on Thursday generated a 3.1 percent increase for the month, below the anticipated 3.5 percent rise, according to Michael Niemira, chief economist and director of research for the International Council of Shopping Centers, who characterized the month as “good but uneven, with apparel specialty stores feeling more promotional pressures coupled with some weather issues that cut into their sales.”

Taken together, November and December sales rose 3.8 percent, marking the strongest gain since 2006, when they increased 4.4 percent, the ICSC said.

Despite the spending deceleration, most analysts don’t expect too great an impact on fourth-quarter earnings. While Gap Inc., Aéropostale Inc. and Macy’s Inc. reiterated guidance, Kohl’s Corp., Ross Stores Inc. and The TJX Cos. Inc. raised theirs. However, The Wet Seal Inc. and American Eagle Outfitters Inc. lowered estimates.

Others, however, have their doubts. “Similar to comp misses, retailers could miss expectations on earnings,” said David Bassuk, managing director at AlixPartners’ retail practice.

The consumer is still very deal driven, and that is not likely to change in 2011, he said, noting that many retailers used unplanned, storewide promotions to lure shoppers.

“We saw that across the board, and I think that was a sign that sales were not there,” according to the consultant, who said some retailers built inventories after seeing strong demand in November.

“Retailers are way too quick to see an increase and believe it’s a long-term trend,” he said. “You think they would have learned from the past.”

Retailers are also likely to blame the weather if fourth-quarter earnings are pressured. “It’s a terrible excuse,” Bassuk said. “Consumers can shop online.”

Even if disappointing, the results did provide evidence of progress from the 2009 holiday season. “November and December were both encouraging signs,” said Madison Riley, managing director of consulting firm Kurt Salmon. “Retailers were prepared. Their marketing was dialed up and the consumer responded.”

Citi analyst Jeff Black instead zeroed in on the promotional environment in the teen space, which could potentially impact fourth-quarter margins.

“Abercrombie really stole the show in the teen market,” he said. “American Eagle planned for more of a full-price, less promotional December, but they will still have solid [fourth-quarter] margins.”

“January will be promotional, but I do think it eases a bit in the spring because Abercrombie has turned a corner with promotions,” Black said, explaining the retailer will revert to higher prices.

With an 8 percent comp decline, the Gap also fell prey to the promotional frenzy in the mall, as well as to some fashion missteps in its sweater and bottoms assortments, the analyst said.

“If you’re a specialty retail analyst, you’d be disappointed with December, but I have my head in reality and the numbers,” said Deb Weinswig, Citi’s broadlines analyst.

As opposed to “uncreative” storewide promotions at specialty stores, department stores have done a “better job” pulling in younger customers, Weinswig said, which could account for some of the weaker sales in the specialty sector.

The upscale consumer also propped up department store comps, with Saks Inc. and Nordstrom Inc. leading the way with increases of 11.8 percent and 8.4 percent, respectively.

“I think the luxury customer came out and actually shopped for pleasure, not replenishment,” she said. “There is a ‘V-shaped’ recovery in luxury, and at moderate retailers it’s more like a bathtub-shaped curve. We’re heading in the right direction.”

According to Kurt Salmon’s Riley, retailers have learned from 2010’s missteps and are prepared for whatever “volatility” 2011 brings.

“It will be a long and steady climb out of the recession hole,” he said, explaining that macroeconomic factors like unemployment are bound to ease, and, little by little, the economy will improve this year over last. “It’s not the size of the snowflake, it’s how many will fall.”

Displeasure with poor performance was evident in the equity markets, with The Wet Seal Inc. down 11.5 percent to $3.46 following its 2.1 percent comp decline, Gap Inc. off 6.9 percent to $20.70 after a corporate drop of 3 percent and Target Corp. down 6.8 percent to $54.93 when its 0.9 percent increase fell well short of the 4 percent advance expected. Zumiez Inc. had the third biggest increase for the month, 9.2 percent, but fell short of the 11.5 percent increase anticipated and saw its shares reverse 8.4 percent to $24.44.

An exception was American Eagle, which, prior to reporting a comp decline of 11 percent, set tongues wagging when it unexpectedly pulled out of the ICR XChange investor conference, where it was scheduled to give a presentation next Wednesday.

Despite the weak December, investors piled into the stock on speculation that a takeover might be pending. Shares gained 4 percent to $15.05 with 27.7 million shares trading hands, about five times more than usual. An American Eagle spokeswoman declined to comment on the takeover rumor but did confirm the company would skip the conference. “Due to a challenging December…management’s focusing on reviewing the business,” she said.