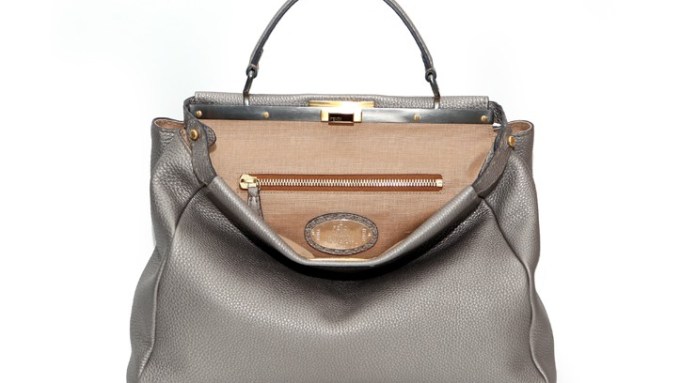 Luxury for all? Not like it used to be.

So-called aspirational customers — who helped lift the luxury category to unprecedented heights during the boom years — seem to be sitting on the sidelines in the postrecession period: still aspiring, but spending less.

“The concept of luxury has restricted again,” said Concetta Lanciaux, principal of Switzerland-based Strategy Luxury Advisors, describing a shift in consumer priorities favoring heritage luxury brands or — at the other extreme — masstige retailers. It makes business more challenging for players in the middle and products that “look like luxury but it’s not luxury.” For example, designers’ second brands are “not doing as well as before [People] prefer to buy less, but a little bit higher,” she explained.

“There are consumers that overreached, and during the recession they had to go back to a more appropriate spending habit,” agreed Michael Burke, chief executive officer at Fendi in Rome, noting that was particularly the case in the American market, hard hit by the financial crisis. “The market has become more polarized: either it’s entry price or true luxury….The middle has hollowed out.

“You either have to be resolutely upscale, or you’re battling it out on prices,” he continued. “[Luxury goods] is not a democratic product category.”

Pam Danziger, president of the Stevens, Pa.-based research firm Unity Marketing, said scores of American consumers who reached beyond their means into the luxury sphere during the boom years pre-2008 have since simply “dropped out” because of the recession.

What’s more, given a choice between buying the “best of the best” or “better and occasional best,” the richest consumers preferred the latter option in her most recent research.

Based on a survey of some 1,200 affluent consumers in the U.S., conducted last month, Danziger is predicting “cautious behavior” even among elite consumers whose “pent-up demand” for luxury goods led to a spree early in the year that is unlikely to continue.

Lanciaux also foresees a tougher second half, noting European luxury brands were buoyed in the first two quarters by a “huge restocking,” plus a rise in the value of the U.S. dollar against the euro that has since eased.

To be sure, luxury has come roaring back compared with the doldrums of 2009, with most European firms posting strong double-digit sales gains in the first two quarters of 2010 (albeit against low comparisons the year before).

While there are detractors, many executives, consultants and analysts agree the change in fortunes is largely thanks to elite consumers — and emerging markets — rather than a broader buying public.

In a recent report, Bernstein Research analyst Luca Solca said “overseas markets will represent the future driver of luxury growth in the medium and long term. Although the two largest luxury markets — the United States and Japan — make up the majority of current overseas luxury demand, we expect the growing importance of emerging markets to become increasingly pronounced as these markets mature.

“This should bring overseas luxury markets to 66 percent of total demand by destination (versus Europe at 34 percent) in 2020, with emerging markets representing nearly one half of the total overseas portion,” Solca wrote.

“We are not saying that everything is rosy for luxury in the U.S., but brands which engage the luxury (or affordable luxury) consumer with products offering clear ‘perceived value’ should continue to do well in our view, even in a jobless recovery phase,” he wrote.

Guy Salter, deputy chairman of Walpole, the association that represents British luxury goods firms, argued the recent rebound in sales in luxury is “not only due to the very wealthy shopper but to other consumers as well. The luxury goods houses have come out with more accessibly priced lines, and the brands that have positioned themselves in the ‘affordable luxury’ space have done well. Links of London, for example, has had very strong results, and all sorts of brands are doing well in that space. I think affordable luxury as a category is maturing.”

Salter noted the crisis forced consumers to change the way they shop. “I think they will continue to buy classic products from high-end brands because they feel they are getting value for money in the long term,” he said. “What they have dropped is the irrational shopping — having to have a certain number of shoes each season or a certain bag because it’s so ‘in.’ The frothiness has been stripped away. To that point, the affordable luxury brands — like Coach — have played the value card by offering classic, well-made products at affordable prices.”

Fendi’s Burke pointed out that fortunes in luxury goods are closely correlated to the stock market, suggesting the core customers are those with financial assets. “We all do very well with that core, elite segment,” he explained, noting the Roman firm’s business remained buoyant through the recession in Europe and Japan, and that furs in the 50,000-to-100,000-euro, or $66,000-to-$132,000, range continue to sell strongly. Meanwhile, the brand’s most expensive leather goods, the Peekaboo range, continue to garner the longest waiting lists. “In luxury, we shouldn’t be in the instant-gratification business,” he said.

Burke noted that Italy remains the one market in the world where the aspirational business has not diminished, thanks to wealthy parents who continue to indulge their adult children with high-end leather goods and fashions, even through the 2009 downturn. “We’re taking market share in Italy,” he noted.

In disclosing first-half results last week, PPR chairman and ceo François-Henri Pinault echoed the sentiment, saying Gucci Group would move away from logos, “adjusting to this new perception of luxury, which is more subtle, more sophisticated.”

“The whole trend we are seeing — from fashion through to beauty — is antimass, antifaux, antibling,” said Marigay McKee, fashion and beauty director at Harrods. “What customers are looking for is heritage, provenance — and embellishment.”

The landmark London department store said recent bestsellers include 10,000 pound, or $15,825, embellished Balmain jackets and 1,400 pound, or $2,215, Balmain jeans. She said fragrance and beauty sales are tracking in a similar way, with Tom Ford, Creed and Bond No. 9 fragrances — all with price points of 150 to 200 pounds, or $237 to $315 — driving fragrance sales. She said customers on the whole are looking for outright luxury and/or unusual ingredients that make a product unique — signals for a healthy trend of trading up.

“The trigger point is always desirability,” said Gucci Group’s Polet. “People aspire to belong to the world of a brand.”

But how many today can afford the admission price?

“There were more aspirational customers prerecession than there are now,” said Robert Burke, head of the New York-based Robert Burke & Associates consulting firm. In his view, sharply priced handbags, shoes and clothes were beneficiaries of the downturn — particularly from contemporary and designer second lines — and will continue to be so.

However, aspirational customers will still save up to buy iconic luxury products, especially from blue-chip brands such as Chanel, Hermès and Louis Vuitton. “I see heritage brands only getting stronger and more desirable to the aspirational customer,” the consultant Burke said. “Consumers are more discerning and more selective in what they buy. I don’t see the market switching right back to where it was.”

During the economic crisis, even well-heeled customers accustomed to designer labels experimented with mixing price points. “I think there’s more opportunity launching contemporary and below price points than launching designer right now,” said Burke. In that vein, he noted the success of American labels such as 3.1 Phillip Lim and Alexander Wang, priced under traditional designer brands.

Lucian James, founder of strategic consultancy Agenda Inc., based in New York and Paris, said luxury was not only impacted by the economic crisis, but a “crisis of meaning” as well.

“Consumers spent some time away from luxury products, and the spell was — to some extent — broken,” he explained. “The recession was a time when consumers really connected to discount and fast-fashion brands and found them surprisingly good.”

He noted the clientele for luxury today is less tied to income levels than to which brands consumers choose to adorn themselves with, counterfeit or otherwise. “People don’t reach up en masse to luxury brands. They go to the ones that are meaningful for them,” he said.

According to Danziger, the postrecession period creates opportunities for premium brands, and will compel luxury players to put “luxe back into luxury,” the theme and title of her next book.

Luxury players “need to recognize that people are being cautious and figure out ways of bringing additional values to premium brands,” she said. “If we look at the luxury department stores, they have asked their vendors to offer lower opening price points.”

Even affluent men now brag about bargains they scored in Danziger’s focus groups, a first. “That’s the next level of shopping: Being the smarter shopper, finding the better deal and bragging about it,” she said.

In Lanciaux’s view, luxury players will have to adapt to changing spending patterns in mature markets like Europe and Japan, where travel, technological products, art and entertaining are attracting more discretionary dollars. “Luxury brands need to cautiously but surely enter these new territories more tied into cultural lifestyle if they want to continue to grow,” she said. “In addition, they may eliminate licenses that dilute their brands.”

The consultant James suggested Europe’s luxury players lessen their dependence on the “old grammar” of luxury and look beyond heritage. In Japan, meanwhile, brands should look for ways to “connect to a nervous economic culture where security is more important than status.”

Meanwhile, emerging markets like China offer chances for masstige or aspirational brands, positioned at the opening price points for luxury, to write a new luxury grammar. James noted that Coach, for example, recently opened a store in Shanghai and invited young artists to customize bags, leveraging Chinese culture to tap into new generations of high-end consumers. The vodka brand Absolut also successfully introduced a premium product that taps into the Chinese mentality.

Brands such as Nike and Puma, which are perceived as premium but “not weighed down by outdated codes of luxury” also have an advantage in the fast-growing region, James noted