Several members of the Fung family attended the event, where Alice on the Roof performed. 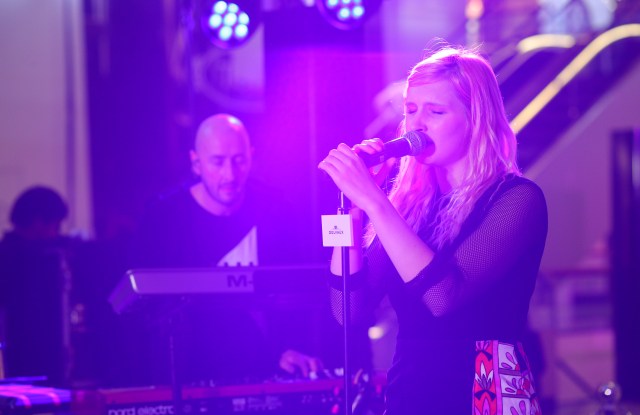 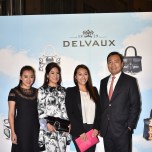 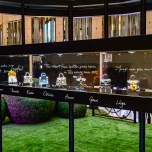 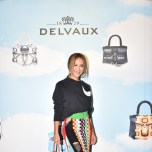 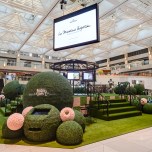 LUCKY CHARM: A slice of Belgian life came to Hong Kong on Tuesday night, thanks to Delvaux, which showcased its limited-edition set of Miniatures Belgitude bag charms.

Several members of the Fung family – Sabrina Fung, her father William and uncle Victor – who back the brand through their investment arm First Heritage, attended the pop-up event at The Landmark, which was decorated like a garden.

Mr. Dipsy, one of China’s most influential bloggers, was also present. “I like the blue sky and clouds one,” he said, referring to the Knokke-Le-Zoute charm, inspired by artist René Magritte. “I think it’s the most special.”

Each of the seven bag charm styles represents a specific Belgian city and a well-known icon – be it waffles, frites or the Atomium building.

“At first, I thought it was real bags they were going to put out,” said Mr. Dipsy. “But then I found out it was charms that you can hang.”

That suited him just fine. “Because my stature is a bit smaller, I like the miniatures,” he added.

Belgian singer Alice on the Roof, who performed two sets at the event, described her home country as “small, but we have history and the people are nice, I think. It’s very easygoing.”

A national treasure in Belgium, Delvaux claims to be the oldest luxury brand in the world, with more than 185 years of history. The company embarked on an international push six years ago, with First Heritage’s investment, and has since opened 35 stores.

“Around 65 percent of our sales are made in Asia,” Delvaux artistic director Christina Zeller said. “Six years ago, international business probably represented less than 5 percent.”

She explained Delvaux is still very much in expansion mode, largely following a retail model, which represents 85 percent of the business today.

Currently, the brand in the U.S. has an exclusive partnership with Barneys New York but is eyeing possibly opening a freestanding boutique in New York down the road.