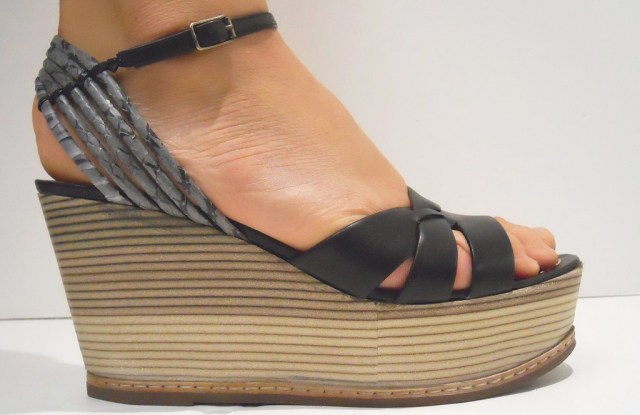 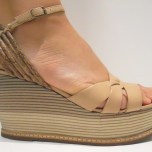 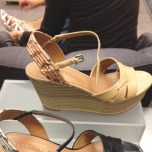 Ivanka Trump’s designs have been called many things — and knockoff is the latest, courtesy of Derek Lam.

The designer claims that the reality star and former model “blatantly and intentionally copied” his Ayami wedge sandal. Lam, who sent a cease-and-desist letter to Ivanka Trump Footwear and its licensee, Marc Fisher Footwear, Wednesday, has given the socialite seven business days to pull her Cadie wedge sandal off the market.

“We have seen very similar copies before but we have never seen a shoe that perfectly copied,” said Jan-Hendrik Schlottmann, chief executive officer of Derek Lam. “It’s such an investment to make a shoe…we had to protest this.”

Schlottmann said one of his shoe designers, who was shopping on bloomingdales.com, saw Trump’s wedge and alerted him immediately.

“I actually ordered them, but I haven’t received them yet,” he said, noting that the sandal is nowhere to be found on Trump’s Web site. “I’m sure Ms. Trump doesn’t know her wedge is copy because it’s through a license.”

While Trump’s Cadie wedge retails for just $150 and Lam’s Ayami wedge sells for $780, lawyers for Lam contest that consumers will be confused by the similarities of the two shoes.

Lam’s sandals include stitched cuoio welt textured wedge heels with three bands of color, as well as large white stitching tracing the bottom of the stackedheel with rubber soles. The toe piece consists of three solidly colored straps with two lower straps crossing each other, and the ankle-heel strap includes five cylindrical sea snake slingback straps that run over the back of the heel and intertwine with a solid colored ankle strap with a buckle enclosure.

In addition to taking the shoe off the market, Lam’s attorneys are looking for information on past and future sales of the Cadie wedge, including accounting records of all sales.