Nineteen companies are the initial members and their hope is that more will join to help with their efforts.

An assortment of historical designs by Black designers.

Courtesy of Diversity in Design Collaborative

Nineteen interdisciplinary design companies and leaders in the field have banded together to launch an initiative to create a more diverse community and offer opportunities.

Kickstarted by the Herman Miller Group and codeveloped by the company’s senior vice president of strategic projects Mary Stevens and Caroline Baumann, the former director of the Cooper-Hewitt Smithsonian National Design Museum, the Diversity in Design Collaborative aims to accomplish just what its name suggests — tackling systemic issues around diversity in the design industry. Having joined forces with Stevens a year ago to develop the plan, Baumann admired that Stevens was focused on making change. Collectively, the group is “united by design, the common belief of design’s power to change and the critical role that diversity plays in creating innovation and strong business for the future,” Baumann said. “It’s an incredible group and everyone is just rolling up their sleeves, working really hard” and is intent on driving cultural change.

Noting that “we all know the design industry needs to change,” she said the time is past due to offer talent and opportunities to all people. While 12 percent of the U.S. labor force identifies as Black, less than 5 percent of full-time designers identify as Black. In addition to professional shortfalls, there are educational ones, too, with the average Black student enrollment at American design colleges and universities being less than 10 percent. Further complicating that equation is that only 10 of the 100-plus Historically Black Colleges and Universities offer a design degree.

In addition to the Herman Miller Group, the DID Collaborative’s supporters are 2×4, Adobe, Aruliden, Architecture Plus Information, Civilization, Collins, Dropbox, Fossil Group, Fuseproject, Freeman, Gap Inc., Knoll Inc., Levi, Strauss & Co., Pentagram, Stamen Design, Studio O+A, Wolff Olins and Work & Co. These are companies that had leaders with experience in design education and “real passion for addressing these issues,” Baumann said, adding that the range in varying sizes of the participating companies will be key in showing students the possibilities. “The real theme, the common denominator, is the shared mission to drive an ethos, is inclusivity in everything we do, and to work together to build a strategic pipeline to attract new diverse talent into the industry,” she said.

While the founding group of members consists of 19 brands and design studios, the hope is that others will join to strengthen the consortium. Hailing from fashion, tech, interiors, furniture and other design sectors, the companies are setting aside their usual competitive natures, understanding that there is strength in numbers and greater camaraderie should lead to better results. While Herman Miller is funding the incubation year, every company, designer and chief executive officer that Baumann has reached out to has offered an all-in response, she said. “That’s not about superficiality. That’s about authenticity to see change and be part of this positive momentum.”

Out-of-the gate, the group will address the lack of Black creatives in the design community and will work to create more opportunities for Black youths and Black designers. Together, the members are trying to increase industry awareness, knowledge and connections in order to form an educational pipeline that will lead to career opportunities. Baumann has been in discussion with Black Lives Matter and other organizations to ensure that collaboration is at the core of what DID is doing.

Knowing that the building blocks of education are essential to forging new paths for aspiring designers, one of the first orders of business will be to create an annual DID Design Fair for teenagers, with the first edition scheduled for February or March 2022 in Detroit. Two to five designers from each DID company will be on hand to inspire and mentor attendees. The concept is modeled after the Cooper-Hewitt’s Teen Design Fair, which Baumann initiated in 2010 as part of its National Design Week, which was started in 2006. Over time, DID aims to stage its Design Fair in different cities a few times a year, and to offer virtual versions.

On the collegiate level to help students, who are curious or centered on design, DID will shed light on internships, mentorship, partnerships and the design profession with HBCUs, community colleges and higher learning institutions. To get things rolling, DID member companies will team up for a new program that Pensole Design Academy is partnering with the College for Creative Studies in Detroit on. The objective is to create a focused business and design education for Black college students with the goal of creating a pipeline of talent for companies that have an emphasis on diversity recruiting. The program will extend beyond footwear into other disciplines. DID’s members will pitch in with curriculum development, offering visiting lecturers and internships and mentorships.

“This moment is an existential one as we come out of COVID-19. But it’s also bringing to life like never before just how important design is in lifting us out of this and forward for more conscious life, more empathy, more responsibility and to more transparency. There is no better group than the design community to reiterate how to transition to whatever new reality that we’re entering,” Baumann said. “Design will be key to the realignment — how we work, how we live, how we move into the future together and diversity is essential.” 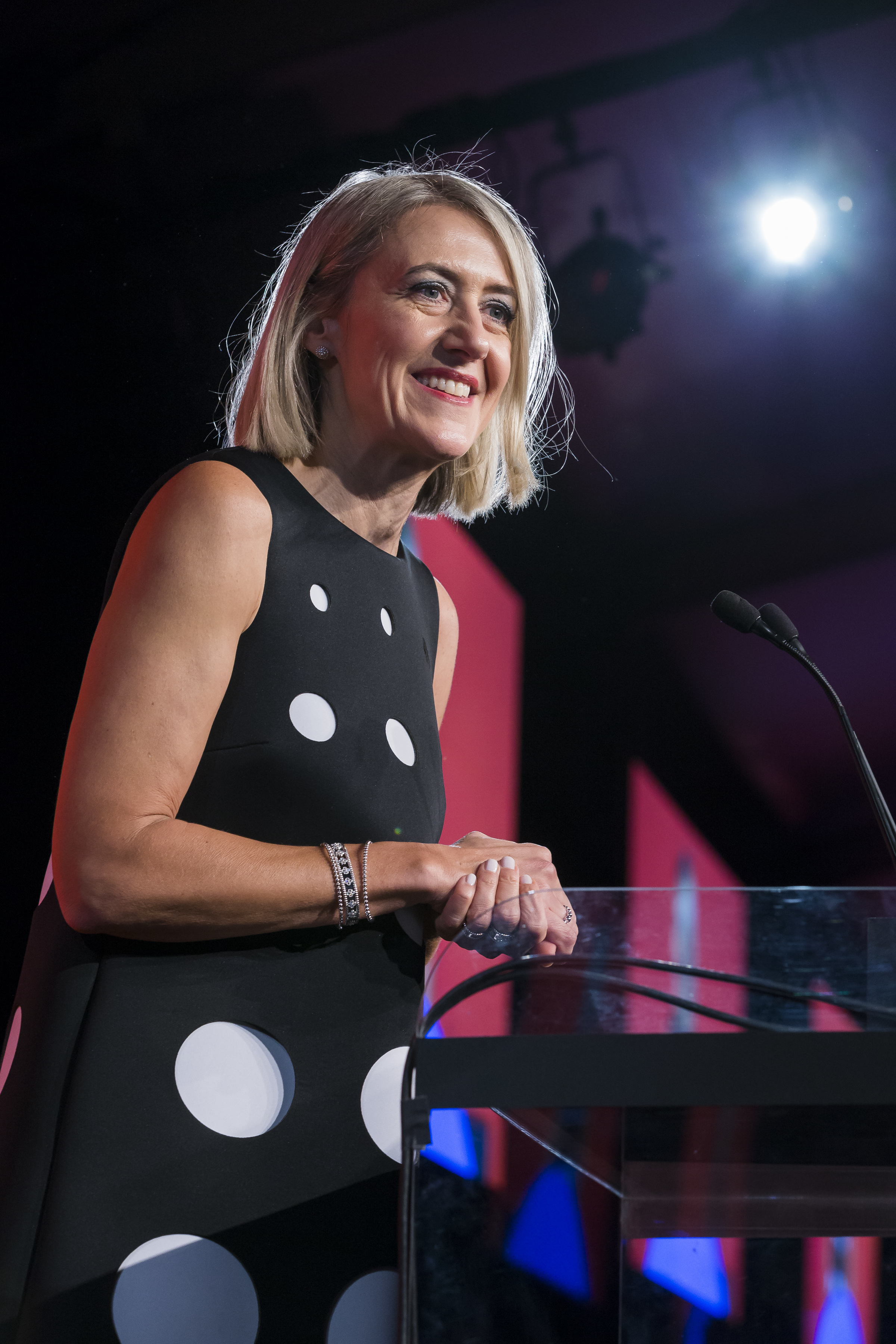 Interviews are underway for a full-time DID executive director to take the reins from Stevens and Baumann, and a project manager. Those roles and the inaugural DID design fair will be supported by Herman Miller. After posting about the executive director role on LinkedIn, there was a waterfall of interest from potential candidates, according to Baumann. Eager to create a national charge, she said, “This is not about one company. It’s about a national discussion. It’s about coming together to make the change.”

in an interview, Keisha Golding, head of community belonging at Gap, said she is most excited about coming together to make an impact and thinking about a long-term strategic approach that is needed. “We all understand what the last year has looked like since the death of George Floyd. Amazing companies and people who really care about issues going forward and putting programs in place to try to get after the opportunities that we have here,” she said.

In 2012, Baumann opened the Harlem Design Education Center, a satellite space to the museum. She also serves on the board at the Rhode Island School of Design and for the Royal College of Art’s. U.S. board. “Underscoring that design is for everyone” has always motivated her work, she said. “My reputation in taking the white gloves off the Cooper Hewitt and making it a place that was truly welcoming to all,” citing the Teen Design Fair and the free-to-all National Design Week as examples.

In February 2020, she was forced to resign from the museum over questions of how she procured her wedding dress and venue. After her forced exit, six of the museum’s trustees resigned as a sign of solidarity. Asked about any legal action taken regarding the Cooper-Hewitt, Baumann said she was not at liberty to comment.

A couple of years ago Golding and a few partners at Gap Inc. approached a few of the design colleges and universities about educational opportunities but that didn’t pan out. Given that, she is “super excited” about the initiative. In terms of how DID members will keep everything in check in terms of measuring progress, the group is working together to figure out what that looks like. Committees are being formed to concentrate on such areas as education and first-time jobs.

DID dovetails into Gap’s commitment to double the representation of Black and Latine employees at all levels in its U.S. headquarters by 2025. “After that, we know we have to do something bigger to think strategically…,” she said.