In just one year, Jeffrey Tousey and his team have rethought social media for the likes of Olivia Palermo, SoulCycle and Vanity Fair. And no, they don't buy bots.

Some agencies function on a six-month deadline. For Jeffrey Tousey, the cutoff is 20 minutes — and don’t call his an agency.

Tousey, a “recovering actor” — his words — and Condé Nast alum, is the founder of Beekman Social, a creative collective of writers, content producers, photographers, videographers and analysts who are called upon by influencers and brands to evolve their social strategies. The company, which turns a year old on April 2, now has a rotating roster of about 10 to 15 employees, many of whom are also from the Condé Nast family tree. Among the client list — there are about 15 total — are Olivia Palermo, SoulCycle, the dating app Raya, CBD brand Southern Tier Hemp and Vanity Fair, Tousey’s former place of work. 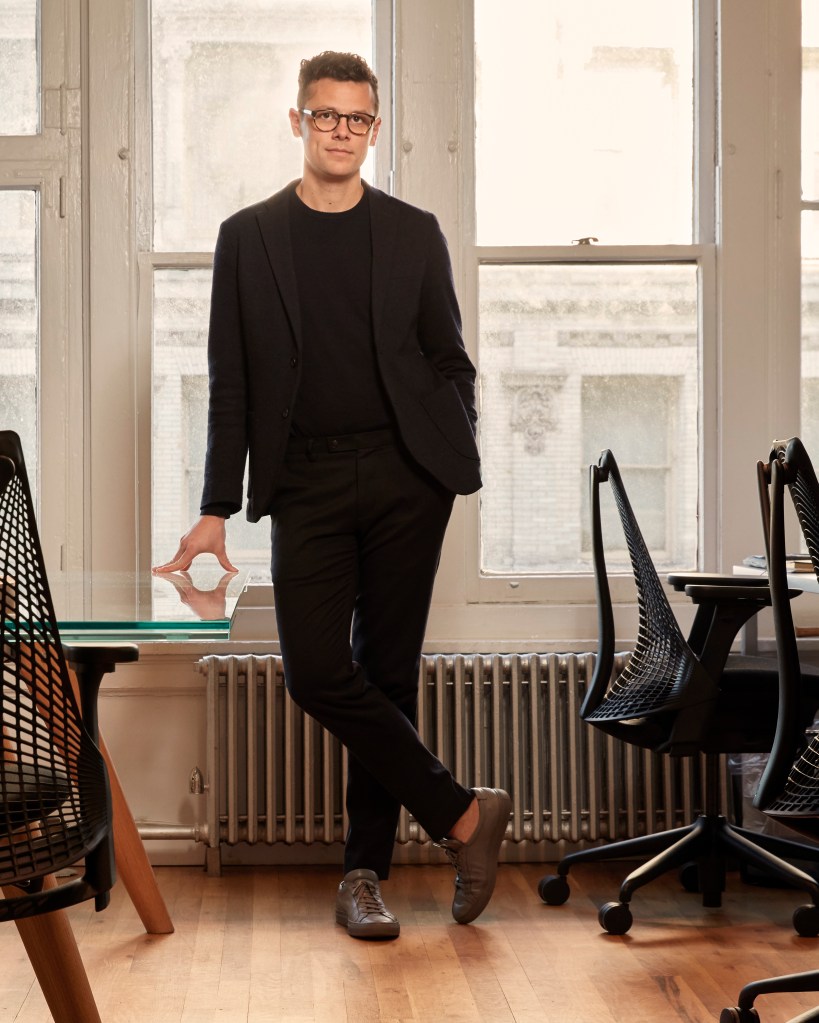 Jeffrey Tousey, founder of Beekman Social, which helps influencers such as Olivia Palermo and brands such as SoulCycle with their social media strategies.  Justin Bishop

“Condé Nast is an interesting place,” said Tousey, speaking from a conference room inside Beekman’s SoHo headquarters — an open-office filled with art, books and dozens of issues of Vogue. “You learn how to work fast and you learn how to work smart. Almost everyone that works [at Beekman Social] comes from either working in-house somewhere or in publishing. We’re a bit of a Condé Nast alumni association here.”

For four years, Tousey was Vanity Fair’s social media director, a job he landed within six months of earning a graduate degree in digital journalism from Syracuse University’s S. I. Newhouse School of Public Communications. In graduate school, Tousey developed an interest in the business side of journalism and at Condé Nast, he earned a metaphorical doctorate in working under what he called “pure panic mode.”

At Vanity Fair, Tousey was trained to operate within a 20-minute timeframe, a practice he now employs at Beekman. Three months into his job at the publication, Tousey was tasked with introducing Caitlyn Jenner, who appeared on the cover of Vanity Fair’s July 2015 Issue, to social media.

“I am technically the first person who introduced [Jenner] to Twitter,” Tousey said. “I was sitting there hitting tweet on that first tweet. [We all went] into the big conference room to watch the site traffic — it blew up. We knew it was going to, but it was crazy.”

He decided to start his own company while at Vanity Fair and named it Beekman Social as a nod to Patrick Dennis’ 1955 novel “Auntie Mame.” He signed Vanity Fair as a client the day after his last official day at the publication.

“The thing about social is everyone wants to say that they’re in every space, but they might not have the budget to be in every space,” he said. “Social is the universal conversation piece. It’s sort of like the weather — the one thing that everyone can talk about. If you’re having a baby, launching a web site, selling a makeup collection, throwing a party, the one common question is: How are we going to social it?”

Data and creativity go hand-in-hand at Beekman; Tousey described the divide as 40 percent studying data and 60 percent creativity. He and his team defer to third-party tools they subscribe to for data measurement.

“We have to check in all the time and be aware of top-performing content and bottom-performing content,” Tousey said. “What can we learn from both of those to continue to elevate the strategy and make it more creative? We’re a creative-driven space, but we definitely let data influence us. You can have a really good idea, but if the logistics aren’t there, it’s a good idea that nobody’s gonna see.”

The company’s biggest success thus far has been Palermo, whose social following grew organically by 1 million on Instagram over the past year. Palermo garnered more than 100,000 new followers in February alone. The growth is so rare, Instagram now uses the account as a case study, according to Tousey.

A recent challenge client-wise has been a multinational financial institution that is struggling to recruit new talent and engage its existing employees. The institution tasked Beekman with converting its existing company web site into social-first content for internal and external use.

“The philosophy behind that is recruit, retain, re-engage because the value of engaged employees is so paramount to a company’s success, whether you’re a startup or a legacy institution,” Tousey said. “Legacy financial institutions have a hard time recruiting top talent because there’s a stigma around working in that [environment]. We go in and work with them on what this content is and convert a lot of it to video, memes and GIFs so it creates an internal community. By creating this content, we’re creating experiences, which is simultaneously changing the culture of the company.”

In a saturated social media landscape, where the majority of posts are either sponsored or organic clickbait, Beekman takes an editorial approach: storytelling.

“We’re constantly thinking about what is the opposite of the obvious,” Tousey said. “If the competition’s gonna do the obvious thing, the opposite of that is gonna be way more interesting to watch and engage with and can still serve the utility of what you’re trying to do.”