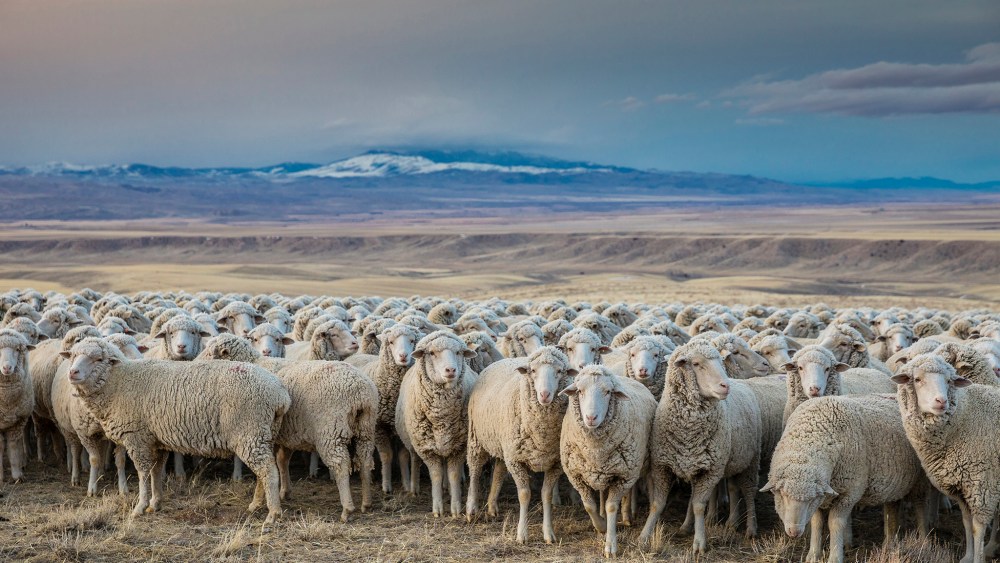 Eighteen months after launching its first collection, the entirely vertical wool-based Duckworth operation is striving to bring back the wool industry to the U.S.

Owner and director Graham Stewart, president and founder Robert Bernthal and cofounder/creative Outi Pulkkinen spelled out their strategy during a New York trip earlier this week. This isn’t the first company the trio have started — they also started I/O Bio and Super.Natural. Stewart and Bernthal first worked together in 1989 for Dawson International, the Edinburgh-based owners of Duofold, which at that time was still being made in Pennsylvania. Stewart said of their latest venture, “It wasn’t just that we wanted to be an American company making American fabrics. We want to compete on the global scale. That’s taken a lot of work, since a lot of American manufacturing has left in the past 20 years.”

Based in Bozeman, Mont., the company is a 10-person operation with between $2 million and $3 million in annual sales. The goal is to double sales in the next year, Bernthal said.

Relying on Helle Ranch, a 25,000-acre Dillon, Mont. operation run by fourth-generation sheep ranch owner John Helle, Duckworth uses 100 percent Helle Rambouillet merino wool grown in a natural environment, raised on mountain pasture and processed and built in the U.S. The merino sheep are a desert breed that originated in North Africa in the 800s for centuries before the Moors brought them to Spain.

The source-verified wool is used for performance-oriented activewear as well as sportswear, underwear and accessories. With a new web site, the company plans to offer more refined styles next year. Rancher John Helle, whose wool is used by Italian fashion companies and the U.S. military, had not seen Helle woolen-made products before Duckworth executives showed him some, Bernthal said.

To help with that effort, Amy Williams, the former chairwoman of the California College of the Arts’ fashion design program, has joined Duckworth as design director. Aside from having a Montana home, she is committed to sustainability and trying to improve the fashion ecosystem’s environmental footprint.

In their effort to reengineer the supply chain “from sheep to shelf,” the company handles sheering, combing, spinning, knitting, dyeing and sewing the wool in various facilities in North Carolina and South Carolina, and has linked up with Anthony Lilore for a New York resource as well. There is also a chlorine-free shrink resist process, and other advanced practices like an ultralight Vapor Wool for activewear and Wool Cloud insulation for what looks like a down jacket.

Looking to appeal to a wider market segment than outdoor enthusiasts who understand the benefits of merino wool, Duckworth just relaunched its web site, will add more refined fashion-oriented styles next year and is taking a case-by-case approach in working with other brands. “In this day and age, traceability is kind of the holy grail — being able to trace the wool all the way back to the sheep themselves. From an ethical standpoint, the sheep are raised in the right environment and they are treated nicely and with care. It’s a 100-year-old ranch,” Bernthal said.

Duckworth has also formed a wool cooperative with other growers to certify their wool clip and bring them into its fiber supply. One such participant is a ranch owned by the family of former Montana Sen. Max Baucus, who also served as the Obama administration’s U.S. ambassador to China.

“Fifty years ago, there were six million sheep in the state of Montana. Now there are probably about 180,000,” Bernthal said. “That’s due to the downturn in wool consumption in the U.S. It’s more polyester, engineered fibers, more made in China and less natural fibers.”

Raised at an elevation of nearly 10,000 feet in the Gravelly Mountains, the sheep provide a wool with a different fiber profile that is not just fine in diameter. It has curvature that gives it crimp, elasticity and natural bounce, more so than the flatter Australian or New Zealand fiber profile.

Stewart is based in North Carolina near the spinning, knitting, dyeing and finishing facility Duckworth uses in the state as well as the one in South Carolina. His efforts aim to upgrade the domestic wool industry’s technology, which Duckworth executives contend has been outpaced by more sophisticated competitors in Germany and China.

“This is a Made in America story, but we’re not waving a flag. We really want to rebuild this industry because we see how much it puts back into small communities,” Stewart said. “By keeping the knowledge here and not exporting the knowledge to China every time we do something, it brings back return and value to the small community. We see it in ranching towns like Dillon Montana [population 4,219] which is thriving. And other wool growers can thrive.”

With distribution in 80 stores, Duckworth aims to increase that to 100 before September, Bernthal said. Being based in Bozeman, Duckworth is close to Montana State University’s Wool Lab, a leader in the advancement of sheep science. That access and shared knowledge could help other wool makers improve their own processes and treatment of herds, potentially enabling them to increase prices for better goods, which would ultimately help families to better provide for their families, Pulkkinen said.

Duckworth is also working with American Woolen Co., the oldest operating wool spinning mill in the U.S., in Stafford Springs, Conn., which used to work with Loro Piana, among other brands. “There were 250 jobs there and now there are 50,” Bernthal said, saying it was actually good because the mill had been shut down, but was later reopened.

In 2014, the investor behind what used to be known as the Warren of Stafford Textile Mill had the foresight to acquire the mill and the machinery and reopen it, Stewart said. The alliance also gives the American Woolen Co. the opportunity to buy U.S.-made fibers to further bolster the domestic trade. The owner aims to create 100 more jobs and add a wool spinning line.

Another priority among Duckworth’s leading three executives is getting Millennials and other generations to understand wool can be luxurious, technical, or something that is worn every day. Beyond the hundreds and hundreds of jobs Duckworth hopes to create through its expanding supply chain, many Americans are unfamiliar with the variety of wool garments and accessories that can be made, Pulkkinen said.

“We want them to know it’s not their grandfather’s socks,” Bernthal said. “And wool is something that is grown right here. You don’t have to travel to Australia, or send it on a boat to Malaysia or China. Hands down it’s the most sustainable fiber.”