Ahead of the brand's first phy-gital show by artistic director Alessandro Sartori on July 17, ceo Gildo Zegna maps out his recent decisions and the opportunities his family's company is ready to catch.

BIELMONTE, Italy — “We have been rethinking and questioning everything with a new spirit, we have the mind-set of a start-up,” said Gildo Zegna, chief executive officer of the Ermenegildo Zegna Group.

His family’s company marks its 110th anniversary this year, but as the world is turned upside down by the COVID-19 pandemic and everything is put into question, the executive easily slips into talking about the future of the group, the opportunities and the challenges this new landscape presents, and the steps taken during the lockdown to ensure that all the ducks are in a row.

Zegna meets with WWD at the family’s Hotel Bucaneve in Bielmonte, a 90-minute drive from Milan, and part of the Oasi Zegna, which was created starting in the Thirties by the executive’s grandfather, Ermenegildo Zegna, founder of the namesake luxury men’s wear group.

Surrounded by rhododendrons and half a million pine trees planted by Ermenegildo Zegna, with views of the Alps, Bucaneve is perched 5,000 feet above the sea overlooking the Po Valley and 20 minutes away from the company’s sprawling headquarters in Trivero.

“The anniversary couldn’t have happened in a worse year, shaken by momentous changes. We have been taking stock of the situation, reviewing past, present and future, focusing on things that count, rethinking priorities and working on projects for the next five years,” Zegna said.

Lessons learned in 2020 will be carried over into 2021, such as an increased use of smart working and more video conferences, which “have helped speed up the communication flow. I see the teams arriving more prepared with their reports ready, and we make decisions in a more efficient and faster way — not to mention that we are saving on traveling costs,” Zegna said pragmatically and with a knowing smile. “This mental organization must be maintained. We must have a more scientific approach, work on projects that create value and have a fast return. Mistakes will not be forgiven by the market.”

Ahead of the brand’s first “phy-gital” show on July 17, during Milan digital fashion week, Zegna touted the new format. “Alessandro [Sartori, artistic director] had a brilliant idea, it will amplify our message and open up new paths,” he said. “I don’t think the industry will return to the number of itinerant shows as before the pandemic.”

As first reported by WWD in April, Sartori thought the new format of the show would allow him to have freedom of thought, experiment with new technologies and communicate his creativity to an even larger audience.

Now, the designer said the event “incorporates the brand’s values” and the collection was inspired by the Oasi Zegna.

Sartori leverages a long relationship with the company, to which he returned in June 2016 after five years at Berluti. The designer had joined Berluti after eight years at the creative helm of Z Zegna, Ermenegildo Zegna’s more fashion-oriented brand that was launched in 2003. Born and raised in Biella, a mountain town in the northeastern corner of Italy famed for its wool production and not far from Trivero, Sartori joined Zegna in 1989 after graduating from design school in Milan.

The designer enthused about the company’s archives of countless fabrics and textiles that hark back to 1910 — with precise indications on how to reproduce them — and designs from 1968. “They are very interesting to study, but I always focus on a specific period I am interested in at a specific time. I rediscover certain themes. With Anna [Zegna, president of Fondazione Zegna and of Oasi Zegna], we have been researching the past 10 years, for example, and the connections between certain periods in history, or how certain trends re-emerge in critical periods, whether 2001 or 2009.”

Developing the company’s digital channel has also helped drive business in Asia. There are 60 Zegna stores in Greater China, which last year accounted for 40 percent of sales and the group, a pioneer in the region, plans to continue to invest there. Consumers in the region “are very sensitive to luxury, they are open to innovation, they enjoy shopping and they are now spending well locally,” Zegna observed. “We’ve seen a great return from WeChat, with our personalized messages and styling.”

He also cited “great progress” on the Tmall Luxury Pavilion, first tested last year, and now helping to target both established and loyal customers as well as new, younger consumers.

Zegna is also investing in developing its business-to-consumer, also in the U.S. and Europe.

“The digital channel is key to have a dialogue with customers, and we are investing in more resources and new talents. Digital is not only the technology — you can buy that — but it’s also about transmitting your identity, your history. You must give consumers a reason to buy.” He also trumpeted the brand’s sophisticated virtual showroom.

Post-COVID-19, the most resilient business area has been the Su Misura division, Zegna remarked, because this channel offers “exclusive, personalized service, and customers can order without coming to the stores.”

Formal clothes as well as loungewear are available at Su Misura. Zegna feels the company has a competitive advantage because last year it bought Italian company Dondi Jersey.

“Men’s wear will increasingly be more casual, informal and comfortable, and linked to jersey. Customers used to seek this kind of comfort for traveling, now they want quality and to feel and look respectable working from home and on a video screen. This mind-set will continue,” he forecast.

Zegna, a signatory of the Fashion Pact, has also been investing in sustainability. The Oasi Zegna is obviously as sustainable as can be and has “an enormous symbolic value,” said the executive, but the company, as seen in the fall show last January, has been recycling or upcycling wool, nylon and cashmere fibers, spinning or weaving them into new fabric or stuffing them into puffers, shoulder linings or coat padding for about 10 percent of the collection, which is expected to grow to one-third with the spring 2021 season. “When a product lasts long and it’s made naturally, it’s sustainable,” Zegna said, adding that the “Use the Existing” project is expanding to other categories, such as knitwear. 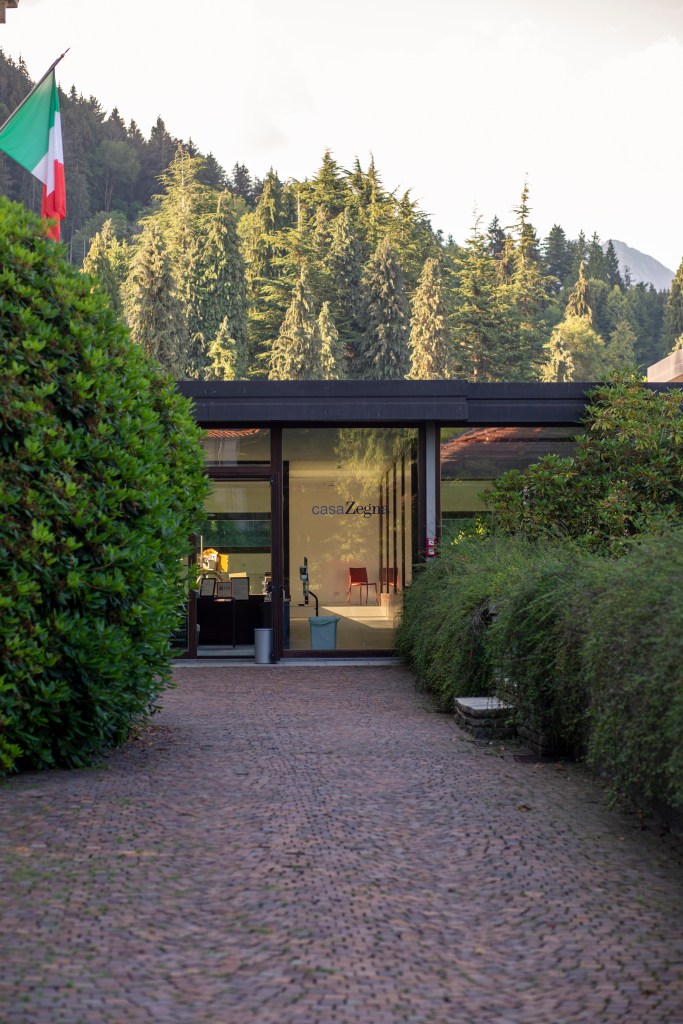 Sustainability will also be achieved through tighter collections, with fewer leftovers and less waste.

The company closed 2019 with sales of just above 1.3 billion euros, compared with 1.16 billion euros in 2018, also helped by the consolidation of the Thom Browne label, acquired in 2018. “I am very satisfied, it’s an iconic and innovative brand, it’s on a very interesting path and showing resilience,” the executive remarked of the U.S. designer label.

Zegna has also been rethinking and consolidating its organization, with new talents as key for growth, promoting from within the ranks, too.

The fourth generation of the family has also joined the company: Gildo’s sons Edoardo and Angelo as innovation strategy director and as head of retail and merchandising, U.S., respectively; Stefano Aimone as Z Zegna head of style, and Francesco Trabaldo Togna as general merchandising manager, EMEA.

In April, Luca Lo Curzio, worldwide chief marketing and digital officer, was appointed North America ceo. He succeeds Robert Aldrich, who left on April 30. Lo Curzio is expected to take on his new role as soon as the COVID-19 emergency ends and allows the move.

In the interim period, the position is being handled by Tom Kalenderian, the chairman of Zegna USA.

The U.S. is Zegna’s second-largest market after China and the executive said he continues to believe in the region — also indicated by his son Angelo’s presence there, he noted. “We are ready to reinvest, we want to grow in the U.S. where the new normal will be different from China or Italy,” said Zegna, noting how business will be increasingly more local. “There will be several ‘new normal’ after the excessive globalization; for each country we have to figure out a new normal, how to do it and how to execute it.”

In February, the company unveiled a capsule with Jerry Lorenzo and his Fear of God brand, to be delivered in stores in September, and which Zegna believes will have an impact in America and globally. “He is a wonderful person, a great innovator and hard worker,” Zegna said of the designer.

Speaking of brick-and-mortar stores, Zegna is rethinking the formats, resizing them and renegotiating rents.

“We must be faster and more nimble, defending the fort, cutting costs — also in communication — and be better at executing new things that can grow and develop. We have a multilevel structure, and one of the most important things is the communication flow within the company, with messages cascading down at all levels. If the water does not get to the depth of the earth, the plant won’t grow.”