An image from Etro's spring/summer 2020 campaign

MILAN — “We are changing our tone of voice, adding a touch of craziness, which is so uncharacteristic for us,” said Etro’s general manager Francesco Freschi. One example is the “Star Wars” capsule developed in collaboration with Lucasfilm and launched in June, he offered. In mid-December, to celebrate the Chinese Year of the Mouse, Etro will launch an exclusive limited-edition capsule collection dedicated to Jerry, from the Tom & Jerry cartoon and created in collaboration with Warner Bros. 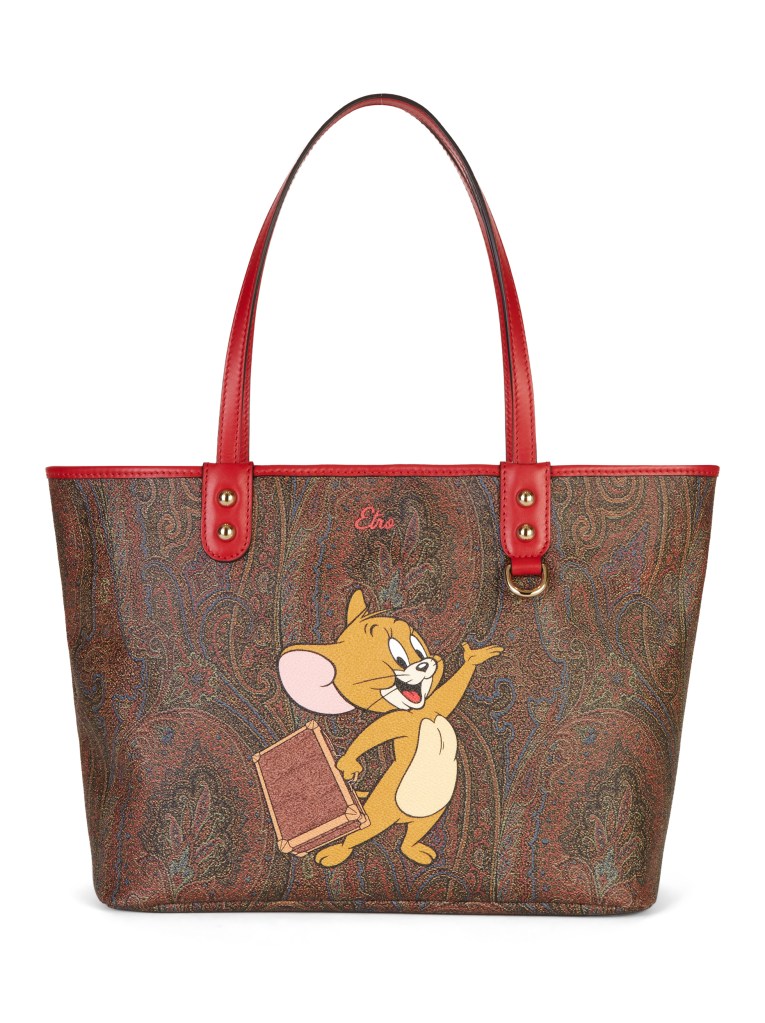 Freschi, who was an external consultant for the company for 20 years before landing this role, is working with the Etro family laying the foundations for further growth by developing three main areas: digital, the Far East and leather goods. “We celebrated our 50th anniversary last year, but these three pillars will help us build our future,” said Freschi in an interview at the company’s headquarters here, a stately Milanese building brimming with paintings and artworks collected by founder Gerolamo “Gimmo” Etro.

With sales totaling 285 million euros in 2018; a network of 200 stores around the world, of which half are directly operated, and a business balanced between the main geographic markets, the Italian luxury company has been working on “dusting off” its image, said Freschi. “The year 2019 was important but I consider it a warm-up to growth in the next two or three years.”

Freschi admitted the company was lagging behind in terms of digital sales and communication, which he agreed were “fundamental for the future.” With changes in place in terms of systems, technology and collaborators, Freschi believes the shift “has been very visible this year, communicating in a less self-referential way and expanding our reach.”

Etro has seen an increase of between 200 and 300 percent on its own digital channel, with a new e-commerce site, a multichannel approach, “guaranteed by the use of the most advanced technologies in the market with a partnership with Salesforce,” launched in September, pointing to a “system to recognize and service our customer in the best possible way both digitally and in stores,” he said. The platform was launched with the shirt GE01 #EtroByYourName with the goal to strengthen the omnichannel strategy through a process of digital transformation.

Online sales, comprising Etro’s own as well as third-party sales, account for 5 percent of the total and Freschi said the goal is to double this percentage “in line with the industry.”

Etro is now on WeChat and Weibo, but it also has a live channel in Japan, one of the strongest markets for the brand. These tools allow the company to reach a much younger audience that is more prepared to buy online, said the executive.

The Far East, and China in particular, is a focus for 2020, said Freschi, admitting Hong Kong was a concern, “but in the medium-term these are the markets where we can have more value.”

China represents 10 percent of sales, but Freschi sees growth potential with Chinese travelers, where Etro is well-positioned, with boutiques “in the best streets and the best cities,” from Milan’s Via Montenapoleone unit, London’s Old Bond Street and Paris’ Saint-Germain-des-Près flagships to the New York Madison Avenue banner.

“We are working on many countries in the Far East, from Indonesia to Vietnam — where we are opening a showroom dedicated to our home line — and there’s potential in the Philippines and Australia,” said Freschi. “We have been in Japan and Korea for 25, 30 years so they are important markets for us, and Singapore is now directly controlled, and it’s giving us a lot of satisfaction.” Japan accounts for 22 percent of sales.

Etro is “stable” in America, he said, defining this market as “hard to read” now, one that must be “tackled with attention. See what happened to Barneys, which was not a minor partner in luxury.” The U.S. accounts for 18 percent of revenues. In the area, retail accounts for 60 percent of sales.

“Online, we sell more apparel. Leather goods account for around 15 percent, which is more than off-line and it’s where we would like to grow,” said Freschi.

The company in 2019 reedited the storied Pegaso bag from the Eighties, and Freschi said it sold “beyond our expectations. In a sector where the competition is extraordinary, we succeeded in finding our own space and this bag has been successful, especially, I am pleased to say, with a younger customer.” Available in different sizes, in leather and fabric, it retails at around 1,000 euros, so “it’s quite competitive,” he argued.

Freschi believes Etro has “credibility in many product categories” as a full-fledged lifestyle brand, since the company began as a textile firm.

“Our heritage starts from fabrics. When we started producing leather goods, we worked with fabrics, adding a resin layer for sturdiness, then we developed textile accessories and printed silk and we had a lot of success,” said the executive.

Girolamo Etro is the chairman and remains operative in the company. His children are all involved in the firm: Veronica is the women’s wear creative director; Kean is the men’s wear creative director; Jacopo is in charge of the home line and home fabrics, and Ippolito, who was general director before Freschi, has a role as strategic consultant. “Having all the family united was one of the conditions I wanted when I accepted the role because I believe it’s a value for the company,” said Freschi.

Asked about the ongoing rumors that Etro is for sale, Freschi responded: “We are one of the few, very few Italian companies with a tradition, a wonderful heritage, an extraordinary archive, we do men’s and women’s, leather goods. We can really say it’s a lifestyle brand. We have grown consistently and we have potential. Our company is unique on the market, so it is normal to attract interest, but at this moment we are good, we have important projects, we are succeeding in what we want to do, we have no need for particular investments, the family is solid at the helm, the governance asset is solid. Frankly I don’t see openings for investors now. And the family has always been very firm on the subject.”

Asked if a public listing could be an alternative, Freschi said it “could be one of the objectives. At this moment, however, we are not yet focused on projects of this kind.” He emphasized the values associated with a family-owned company, its tradition of art and Italian craftsmanship, in a market that has become intensely business-oriented, and the brand’s link to Milan.

Production is made in Italy, and Etro has eschewed licenses, except for eyewear with Marchon and furniture with Jumbo.

Freschi also touted recent initiatives that were local but had a global effect. Last summer the brand took over beaches in Mykonos, Greece, and the luxury resort of Porto Cervo in Sardinia, and Milan’s famed Bice restaurant by customizing the spots with its signature style. For the Christmas season, the Etro Ski Club unisex capsule is available in Cortina comprising cardigans, turtlenecks, scarves and paisley bags exclusively at the mountain resort’s Franz Kraler boutiques. Freschi said he is negotiating “to do something similar in Shanghai. 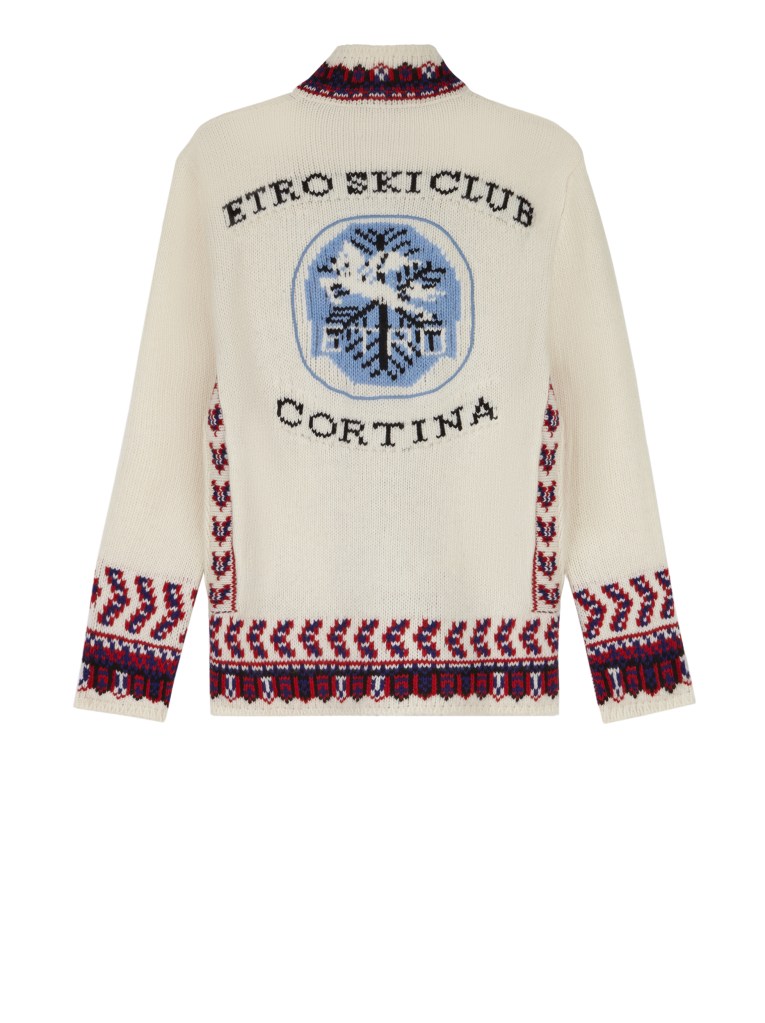 “Consistency for us is fundamental but it is not enough,” concluded Freschi.