Unemployment stabilizing and recovery set to be broad-based in the region by 2015.

By Samantha Conti and Arthur Friedman and Lorelei Marfil on May 21, 2014
View Slideshow 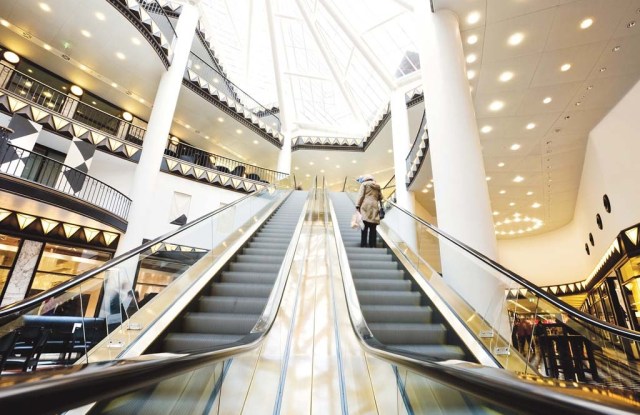 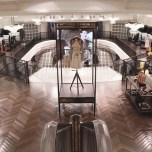 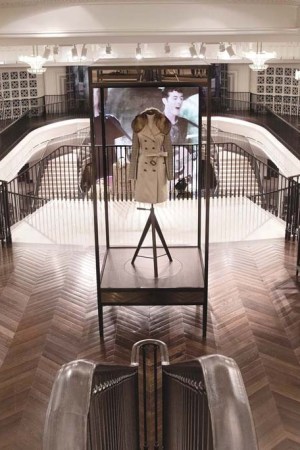 Inside the Burberry flagship on Regent Street.

LONDON — The light at the end of Europe’s dark economic tunnel is bursting into view, with the region’s biggest economies back on a growth track, consumer sentiment perking up, unemployment stabilizing and recovery set to be broad-based in the region by 2015.

While Europe may be shedding its skin of austerity and stagnation, fears for the future remain: A strengthening Europe with record-low interest rates has created a mighty pound, euro and Swiss franc, which is proving disastrous for exporters, while concerns remain about China’s slowing economy, the crisis in Ukraine and the future of monetary stimulus measures.

“The recovery has now taken hold,” said Siim Kallas, vice president of the European Commission, responsible for economic and monetary affairs and the euro, in a speech earlier this month. “Deficits have declined, investment is rebounding and, importantly, the employment situation has started improving. Continued reform efforts by member states and the EU itself are paying off.”

He added that the European growth map is getting “greener,” with recovery expected to be broad-based across European Union member states. Activity, he said, has also started to strengthen in the “vulnerable” countries such as Spain, Portugal, Greece and Ireland.

The U.K. in particular is set to see its strongest growth since 2007. According to the National Institute of Economic and Social Research, the U.K. economy will grow by 2.9 percent in 2014 and by 2.4 percent in 2015.

“The economy looks poised to finally surpass the first-quarter 2008 peak level in the second quarter,” said IHS chief European and U.K. economist Howard Archer. “It’s been a long time coming, but hopefully the economy can now sustain decent growth for an extended period.”

In a separate report, Archer wrote that euro zone economic recovery has continued to gradually gain traction at the start of the second quarter following likely modestly improved GDP growth in the first quarter.

A combination of factors will hopefully allow euro zone economic growth to gradually firm over the coming months, he added.

“Reduced fiscal squeezes, very accommodative monetary policy and sharply reduced sovereign debt tensions are supportive to euro zone growth, while global growth is seen improving as the year progresses,” the IHS report stated. “Business and consumer confidence is improving, which will hopefully lead to businesses lifting their employment and investment plans, and will also encourage consumers to spend more.

No one, however, is expecting any magic to happen overnight. According to the latest statistics from Eurostat, Europe is split between countries that are growing steadily, and other economies that are sputtering.

First-quarter GDP figures show that output in Germany and Spain doubled in the first quarter of the year compared with the fourth quarter last year, while the U.K., Poland and Hungary showed good growth quarter-on-quarter.

In this two-speed Europe, France slipped backward, with zero growth compared with a 0.2 percent rise in the fourth quarter, and Italy and Portugal contracted.

“Overall, we’re going in the right direction,” said Carole Hunter, director of marketing for the trade shows LondonEdge Original and LondonEdge Fashion, which focus on the alternative and streetwear market. “While the world economies are thankfully now emerging from the darkness of recent years, the sheer length of the recession has taken its toll on small businesses and a protracted recovery is therefore inevitable.”

One of the biggest challenges for businesses right now is the strong euro, pound and Swiss franc, which is making European goods expensive in places like the U.S., Brazil, Japan and China, shrinking companies’ reported top- and bottom-line growth, and companies from Apple to Ermenegildo Zegna to raise their prices to make up for the shortfall.

Last month, Burberry said that if it were to re-base its full-year 2013-14 retail and wholesale profits on today’s exchange rates, reported profits would fall about 30 million pounds, or $50.2 million.

Carol Fairweather, Burberry’s chief financial officer, said while there were no immediate plans to raise prices, if Burberry’s competitors start fiddling with stickers, “we may move prices up, too.”

“The super-euro does not make any sense,” said Zegna, adding that the company had raised prices “moderately” during the year to compensate for the strength of the currency.

“It’s hard not to pass on a part of the depreciation in local currencies — in Japan, China and Brazil — to the market,” Zegna said in a phone interview. “We cannot keep getting hit on our margins.”

In the past month alone, companies ranging from the mass-market Metro Group to luxury e-tailer Yoox Group to Hugo Boss have seen their balance sheets hit by the strong European currencies.

Other black clouds, in addition to currency, are hovering over the next six months.

“Much depends on the China slowdown,” Boumphrey said. “Will China slow further than expected? Will the credit bubble burst? And will China suffer a hard landing? Another factor is monetary tightening. Will interest rates in developed economies rise this year? If so, by how much and how quickly? If monetary policy is tightened too quickly this could dampen economic growth. The risk of deflation in the euro zone is also real.”

In a report issued this month by London-based think tank National Institute of Economic and Social Research, economist Jonathan Portes, said deflation remains a key risk in the euro area.

“A common misperception is that while deflation may be damaging, low inflation is benign…with absolute price stability the best outcome of all,” Portes wrote. “In fact, excessively low, positive inflation could impede economic growth and recovery in a number of ways.”

On a more positive note, Portes said the crisis in Ukraine would have a significant negative impact on the Ukrainian and Russian economies, and a smaller impact on some European countries. And, barring a major escalation, the impact on the global economy is likely to be limited, unless there are serious disruptions to fuel supplies.