The financial vise is tightening on Barneys New York. 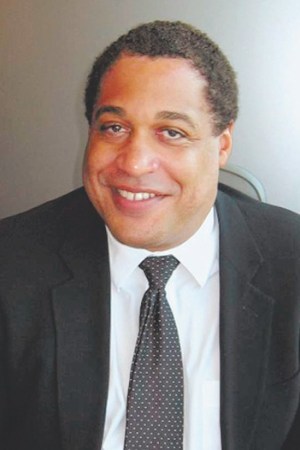 The financial vise is tightening on Barneys New York, with some factors no longer approving spring orders as a result of uncertainties over the luxury chain’s future.

This story first appeared in the February 23, 2009 issue of WWD. Subscribe Today.

Barneys’ costly expansion of the past three years has failed to gain traction; the retailer has been without a chief executive officer since last July, and the severe downturn in retailing, particularly the luxury sector, has hit the retailer and its cash flow hard. Its owner, Dubai-based Istithmar, has been quietly trying to sell the chain at a price no one wants to pay as the Middle Eastern emirate faces its own economic meltdown.

All those factors are making certain vendors and suppliers skittish over Barneys and less inclined to take risk, though the luxury chain appears current on its bills.

“I’m not commenting,” David Jackson, chief executive officer of Istithmar said Friday when asked about the factors. “I’m on the road at the moment. I was just on a flight for 14 hours.”

Jackson suggested calling Barneys’ headquarters, but there’s no one clearly in charge there. Since the departure of former ceo Howard Socol, the store is being run by a committee of five veteran executive vice presidents on the merchandising, marketing and financial sides.

However, factoring sources said the decision to stop approving orders to Barneys was only temporary until the retailer provides more information on its finances and plans. The update is expected to come at the beginning of March.

Meanwhile, executives at major fashion houses said they are continuing to ship to the store. “Barneys is current [on its payments] and shipable,” said Patrick Guadagno, president of Versace in the U.S. “It’s business as usual.”

One sportswear designer who requested anonymity said the store paid this season. Major stores have been good on their payments, but some smaller independent retailers are facing challenges in paying, the designer said.

Executives at many smaller fashion firms said they, too, were getting paid, although at least one said payment was slower than usual.

One factor said a temporary halt on approving spring orders has more to do with wanting to know what Barneys’ owner has in mind for the future of the chain. He explained that, essentially, factors just want to know “how much ongoing support Barneys will get from Istithmar going forward.”

If the information is satisfactory, orders will start being approved in March, factors said.

A second factor said when these kinds of decisions are made, paying the bills is just one criterion in the decision-making process.

“Are you making any money? Is the cash flow sustainable? Are the bills paid with borrowed funds or from cash flow from operations?” he asked, adding that answers to these questions help decide whether to take on risk and extend credit.

The questions surrounding Barneys are twofold, he said: “Is the retailer being sold?” and “How bad are they getting hit by the slowdown in the luxury market?”

One financial source said he doesn’t believe the retailer is “seriously up for sale.” Considering the economic backdrop, “now is not the time to sell Barneys,” the source concluded. He also added, “But if someone had a billion [dollars] to spend and was willing to use it to buy Barneys, I could see the retailer being sold.”

“Barneys still has cachet. They didn’t break their prices as early as others did, and their buying team is very good. The retailer has a unique mix and a certain style edge. In the long run, it is still a great franchise,” said Gary Wassner, president of factoring firm Hilldun Corp.

“The luxury market is hurting as much as any other sector at this point,” said Stanley Officina, president of factoring firm Ultimate Financial Solutions.

“I don’t care if the consumer is in the upper tier of the financial strata or in the lower middle class. It doesn’t matter. When you have stock market volatility, word of Bernie Madoff’s Ponzi schemes and the scandal involving attorney Marc Dreier and the [alleged fraud] by Sir Robert Allen Stanford, people get scared,” said Officina. “No one knows where to put their money or where to spend it. And then they think, ‘Maybe we shouldn’t have spent as much as we were spending,’” Officina expects the slowdown to continue, noting, “We’ve been there before….Companies that are nimble, no matter what their size, can adjust and be survivors.”

One source close to Barneys said: “I don’t think the sky is collapsing. Some factors tend to be more conservative than vendors.” Asked if Barneys might try to close some of its stores, the source replied, “Not at this point. I don’t think that’s in the cards.”

Closing any of the retailer’s larger full-line boxes, considered flagships would be very difficult, as opposed to Barneys’ smaller Co-op specialty stores.

In the last three years, flagships have been erected in San Francisco, Dallas, Las Vegas and Boston, which are said to be performing poorly. In addition, replacement units were established in Seattle and Chicago, two markets where Barneys is said to be doing OK. The most successful flagships are the Madison Avenue store and in Beverly Hills.

As far as closing any flagships, “Landlords will never let them out,” said one private equity executive. “These are custom-built stores. Who is going to move in? There are no large tenants in the market right now.”

The smaller Co-op units could more readily be replaced by specialty chains.

One financial source said factors have been skittish about Barneys for about a month. “There’s not enough cash flow to pay their bills on time and Dubai won’t put any more cash in,” the source said.

Barneys was being shopped around without any price fixed. Private equity groups in the U.S. and Europe have been approached, but it’s more a case of Barneys entertaining offers. None came close to what Istithmar is seeking. The Dubai equity fund paid over $900 million for the business, which is currently believed to be worth half or less that.

In November, Moody’s Investors Service downgraded Barneys’ debt, citing weaker-than-expected operating performance and debt-protection measures since the company was purchased in September 2007 by Istithmar, which is controlled by the Dubai government. Istithmar purchased Barneys from the Jones Apparel Group Inc. for $942.3 million, or about 15 times EBITDA, which at the time was between $50 million to $60 million. Companies are currently being sold at much lower multiples, and sources estimated that, given the recession, Barneys’ EBITDA is likely to be much lower than a year ago.