Female Board Members Rise in Industry

Fashion, beauty and retail firms have a better track record of electing women to their boards than other listed companies. 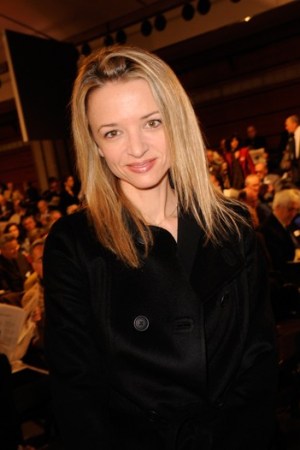 PARIS — Fashion, beauty and retail firms have a better track record of electing women to their boards than other listed companies — especially when there is a female chief executive officer.

Those are among the key findings of a study on corporate governance commissioned by WWD at a time when gender parity is a hot-button topic in Europe.

When a woman heads a fashion, beauty or retail company, the percentage tends to jump, flying in the face of the stereotype that women do not promote their own. Women represent 45.5 percent of the board at Avon Products Inc. and 37.5 percent at Burberry, according to the study by Ethics & Boards, a new international board watch group co-founded by executive search firm Floriane de Saint Pierre & Associes and launching next month as a Web site and database.

The fact that many fashion and beauty companies were founded by women and target female consumers probably explains why the sector has better practices than others, de Saint Pierre said. Still, there are glaring exceptions, by country and by company.

Sweden has the highest percentage of female board members, at 53.8 percent — represented solely by H&M, with the U.K. coming in second and the U.S. in third. Of the nine countries, Italy ranks last at only 3.8 percent.

Proposed legislation in France would oblige companies to have 40 percent of their board seats filled by women within six years, and similar quotas are already in place in other European countries, such as Norway. Britain’s new Conservative-led coalition government has also expressed ambitions to promote positive discrimination toward women in boardrooms.

France has six listed companies in the Ethics & Boards index compiled for WWD, and five of them have or are expected to increase their ratios following their annual shareholders’ meetings.

LVMH Moët Hennessy Louis Vuitton already elected former French first lady Bernadette Chirac to its board, bumping its percentage to 11.1 percent from 5.6 percent, and Hermès International is putting forth Florence Woerth, who works in finance and is the wife of France’s minister of labor Eric Woerth, for election at its meeting June 7. That will push the Hermès ratio to 16.7 percent from 9.1 percent.

And today, PPR shareholders will cast their votes for three women nominated to the board of the retail-to-luxury conglomerate, which has put parity issues high on its agenda. Its women-to-men ratio will jump to 28.6 percent from 9.1 percent. (See sidebar, this page)

Legislative compulsions aside, de Saint Pierre attributes the sudden interest in the composition of boards to a “post-crisis” mentality that has also heightened interest in corporate and social responsibility and environmental efforts across a wide swath of industries.

Luxury and fashion companies, heavily scrutinized in the media, seem to be particularly keen to be perceived as leaders.

“How can you think global if at the top level of decision-making your boardroom and management don’t include diversity in competencies, nationalities, age, gender, etc.?” de Saint Pierre asked.

She and Ethics & Boards’ co-founder, former litigator Alexandra de la Martiniere, who was most recently general counsel at Radio France, plan to use their database to monitor and conduct studies on any number of yardsticks for corporate directors: age, gender, education, nationality, compensation, independence and other criteria.

“This information is valuable for companies to understand how their practices rank in comparison to their peers at a national level, international level or within an industry,” de Saint Pierre said. “In my opinion, it is not through a quota that you bring performance. You bring performance through a diversity of competencies, skills, nationalities, age and gender that complement each other and are consistent with your brand strategy.”

She noted many boards in the fashion industry lack diversity in terms of gender, nationality and age. Some companies have no women on their boards — including Gap Inc., Bulgari, Esprit, Puma, Safilo and Tod’s. What’s more, few board members have international profiles and most of the time female board members under age 40 are members of the controlling shareholder’s family. Examples include Aerin and Jane Lauder at Estée Lauder, Julie Guerrand at Hermès and Delphine Arnault at LVMH.

Patrick Thomas, ceo at Hermès International, noted 70 percent of the group’s employees are women, and they bring a “different sensibility than men. They pay more attention to detail and, in our business, details are crucial.”

He said Hermès has no specific goals to increase gender parity on its board, but lauded Woerth as a “very bright woman” and said the firm is “likely to continue” to beef up the female quotient.

According to H&M’s election committee, boosting the number of female representatives is not a goal in itself, “as it is always knowledge and experience that counts.” Under Swedish law, trade unions have the right to elect employee representatives and deputies to the board, and H&M has a total of seven women out of 12 on its board.

According to de Saint Pierre, there are plenty of qualified women with the academic background and professional skill sets to be of value to boards. “Rose Marie Bravo is the perfect role model, taking on seats at Tiffany and Estée Lauder boards following her amazing career with Saks and Burberry,” she said.

Accomplished female executives from fashion and beauty companies are also in demand in other industries, de Saint Pierre noted.

For example, Maureen Chiquet, global ceo of Chanel, recently joined the board of Vivendi, as did Aliza Jabès, founder and president of Nuxe. “They bring a huge knowledge of brand vision, innovation and management,” de Saint Pierre said. “This brings not only diversity, but most significantly a complementary skill set to the boardroom.”