"I feel that Pakistan has been largely ignored and neglected. I want to champion that cause and change perceptions of that region,” Sadia Siddiqui said.

After four editions in London, “Fashion Parade” will be staged in the U.S. for the first time on Wednesday night.

Spotlighting the collections of six South Asian designers, the event will be held at Christie’s in New York with a selection from its upcoming auction “South Asian Modern + Contemporary Art.” Geared toward a global crowd, Fashion Parade will highlight the work of four Pakistani resources — Ali Xeeshan, Faiza Samee, Kamiar Rokni and Elan by Khadijah Shah, as well as two Indian ones, Delhi Vintage Co. and Rabbani and Rakha. While the aim is to play up their age-old craftsmanship, potential for working with Western entities and client base, creator and event director Sadia Siddiqui also hopes to change people’s perception toward fashion designers from Pakistan and India.

During an interview Thursday about plans for tonight’s inaugural event, the British-Pakistani Siddiqui discussed her career, the upsides of diversity and cultural appropriation. The idea of showcasing international designers in group events has gained traction in recent years. During next month’s New York Fashion Week, there will be various shows and presentations from designers from China, Korea and Indonesia. In London, she presented Fashion Parade at Kensington Palace, the Saatchi gallery, the Mandarin Oriental, One Marylebone and Asia House. The Kensington Palace event was pulled together with just two months of planning, she said. Of course, none of that just magically happened. Previous work experience and her company Mustang Productions’ portfolio helped to open that door — after the extensive requisite security and background checks. 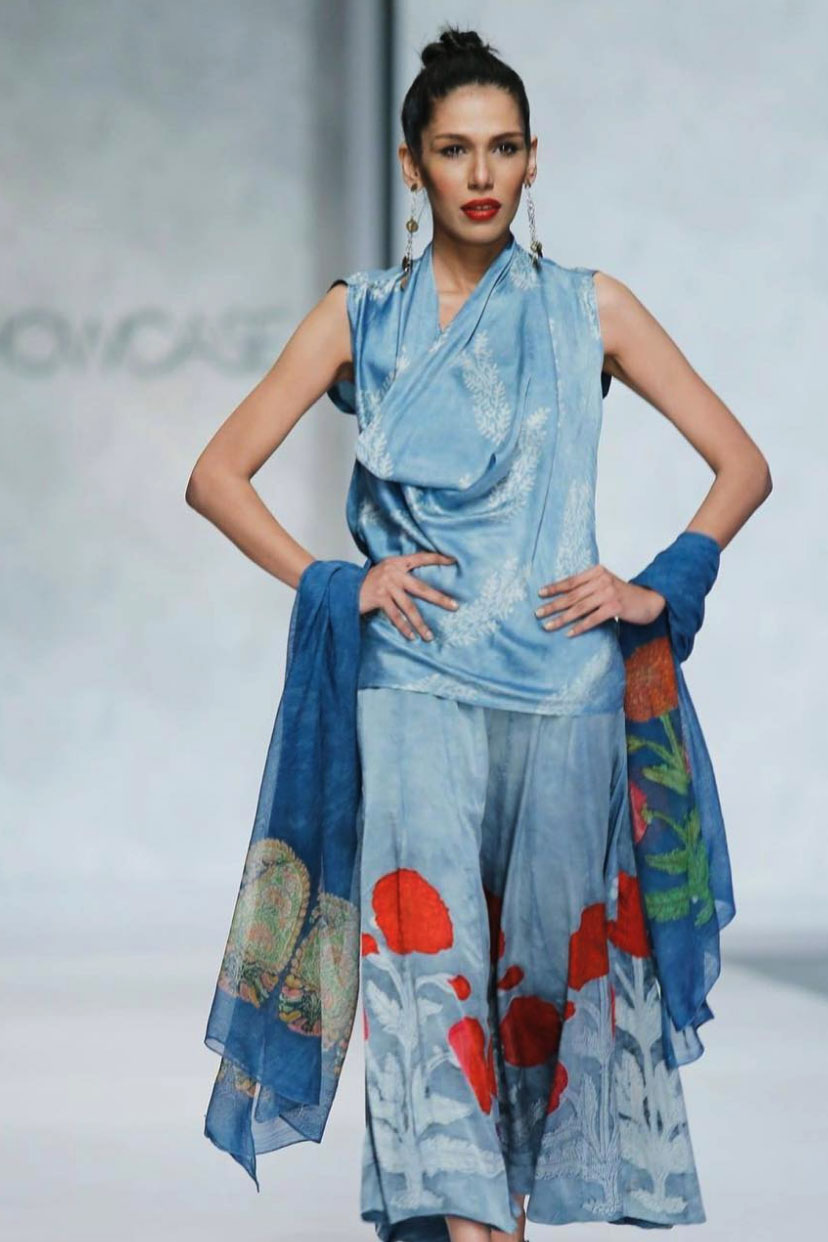 From her perspective, Fashion Parade magnifies much more than clothes. “Of course, I want to promote the designers. Art, sport, culture, fashion and music transcend all boundaries. When you are watching sports, nobody cares where an athlete is from. We are cheering a sportsman,” Siddiqui said. “In this day and age when there is so much bad happening around the world and so much hate and negativity, we need to do more when it comes to art, culture, fashion. These are different ways of communication. I feel that Pakistan has been largely ignored and neglected. I want to champion that case and change perceptions of that region.”

While Indian-born actress Priyanka Chopra’s worldwide fame has been beneficial to her homeland, Siddiqui said of Pakistan. “We haven’t had anything like that where somebody here has made it so big that perceptions have been able to change.”

Three-hundred guests are expected at the Rockefeller Center auction house Tuesday night, which will be a precursor to its South Asia Week. The prestige, ethos and venue of Christie’s are in line with her designers’ clientele, Siddiqui said. Finding Pakistani models for the show did not pan out, partially due to the event coinciding with Lakme Fashion week, she said. Nevertheless, the casting will be ethnically diverse, she said.

Three public relations firms have wrangled 150 media types and 25 stylish South Asian influencers — all of whom have upward of 200,000 followers on social media. The event’s sponsors like Citi and Deloitte have invited their respective high-net-worth clients, Siddiqui said. Fashion Parade is designed to showcase the designers’ work, such as the 100-year-old fabrics used by Delhi Vintage. Any interested shoppers will be connected with the designers, who each have e-commerce sites. Samee, a bridal and ready-to-wear designer whose embroidery-heavy work has been featured at the Victoria and Albert Museum in London, will open the show. Xeeshan, who often highlights social causes like bullying in school and child marriages in his runway shows and marketing — will spotlight plastic pollution at Christie’s. For his finale, models will wear elaborate headpieces made of plastic that he created.

Through Citi-presented Fashion Parade, she aims to introduce that level of craftsmanship in Pakistani fashion to the West. The founder said, “I feel that the artisan craft that is happening in Pakistan will one day slowly die away and no one in the West will ever find out. ”If all of us in the fashion industry don’t do anything about craft, it will go away,” the founder said. 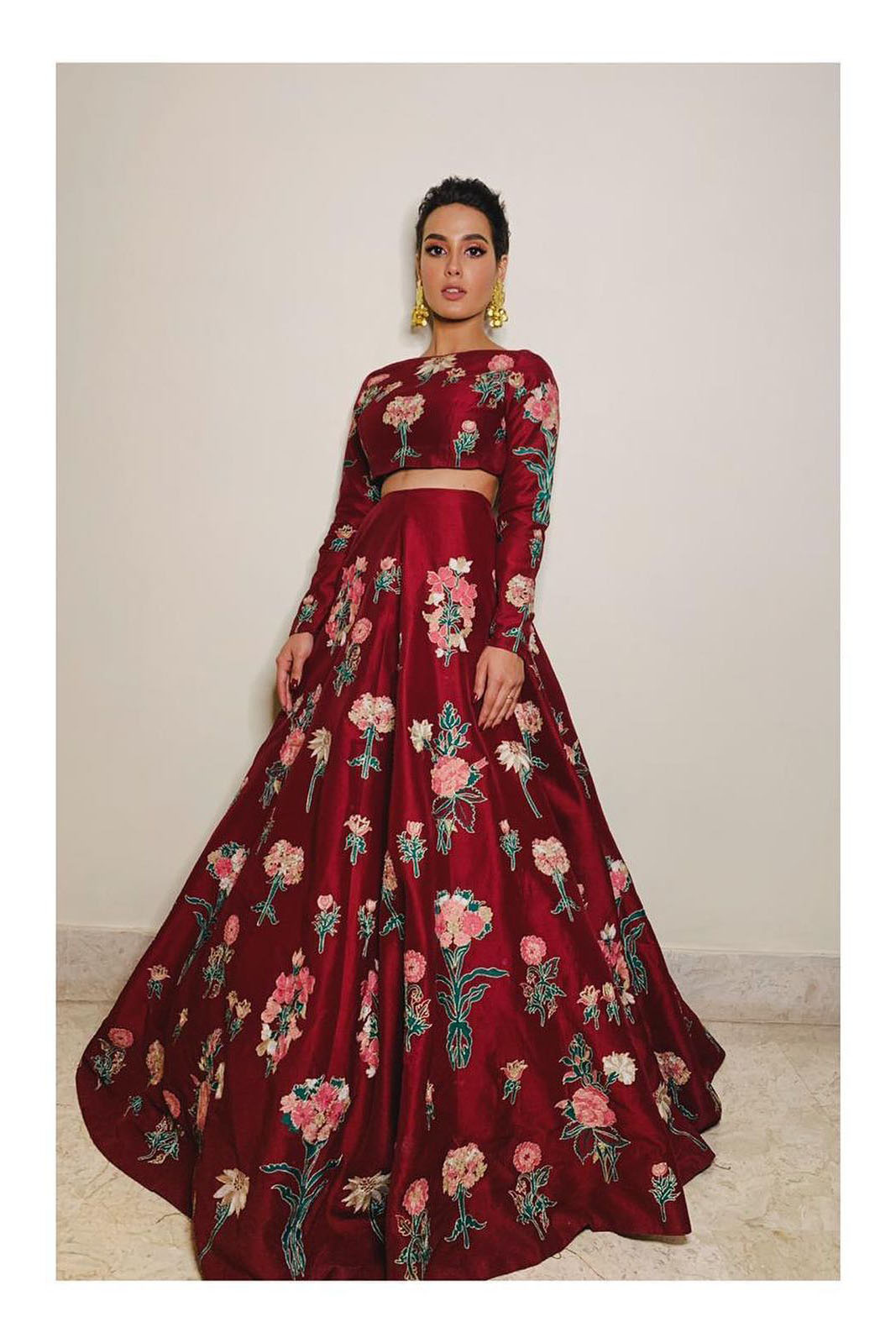 As for cultural appropriation in fashion, Siddiqui considers perpetuating intricate design techniques to be positive. “I think one should encourage people. If you are taking inspiration from different cultures and using their embroideries or ideas and incorporating them, I think that’s called ‘fusion,’ right?” she said.

“In my opinion, social media has gotten extremely nasty and they just want to whine for the sake of whining. Yes, there is cultural appropriateness, but they take it to another level. If somebody is wearing a bindi in a music video, they make a big deal out of it. Personally, I think, ‘They were borrowing something from your culture or your design sensibility — rejoice it,” Siddiqui said. “In terms of what these designers will be doing, there will be western silhouettes but eastern fabrics. That is the only way that we can make them relatable.”

Acknowledging the prevalence of fast fashion, she said, “It concerns me that craft is something that people are not bothered about any more. Even with designer clothing, not all of them are into embroidered clothing. I know that Balmain and Dior are. I think embroidery and craftsmanship will die away with the Millennial generation f we don’t do anything to preserve it or reintroduce it back into the market.” emphasizing the four Pakistani designers’ care regarding fabrics, stitching and design.

After living in London for more than 18 years, Siddiqui and her family relocated to New York a year ago, but she hadn’t been immediately sold on the prospect. The relocation was prompted by an opportunity her husband had through his Bank of America job. She said, “I was on the fence to be honest about moving to New York, because I was very well-established in London. I had worked very hard to be where I was. I knew what a tough city New York is especially in fashion. It’s difficult to come in and lose your identity because no one really knows you. I thought, ‘Life’s too short. You’ve got to venture out.’ So we went for it.”

Read More: What to Expect at NYFW

Before starting her career, the Pakistani-born Siddiqui earned a Master’s degree in branding and marketing at Royal Holloway at the University of London instead of pursuing a fashion degree. Through her company Mustang Productions, she has worked as a creative director and a branding consultant for U.K.-based South Asian companies. Pakistan government officials tapped her to cook up a branding strategy for the “Emerging Pakistan” launch event for 700 foreign investors. Films, documentaries, a concert and other special events were among the other end results that were designed to show the “softer and more progressive image of Pakistan.” Urban Pakistan today is completely different from what the West perceives it to be from her point of view.

“For instance, when you think of Pakistan, you think we are plagued by terrorism or whatnot. These are isolated incidents that have happened. I’m not saying that Pakistan doesn’t have its problems. Like all other countries, Pakistan has its problems. But the press glorifies those problems and brings them to the surface. Whereas, they completely ignore or dismiss the progressive side of Pakistan.” she said. “We are one of the few countries with a Muslim prime minister. We have Pakistani girls who have climbed Mount Everest. They are pilots flying commercial aircrafts. They are in the armed forces. They are everywhere. In urban Pakistan, women are empowered.” 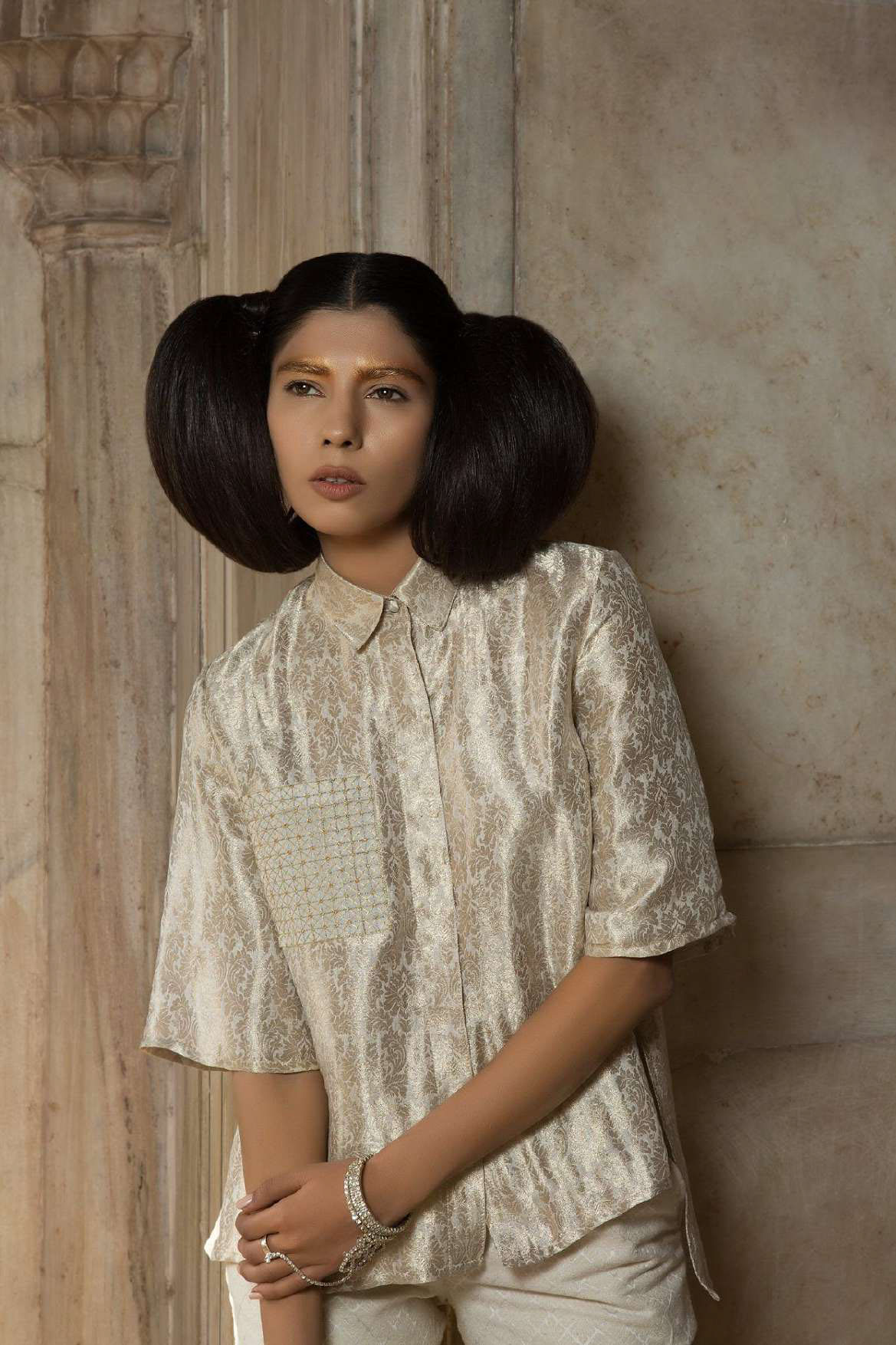 Making the point that America has a gun problem — “a huge problem, but that’s not the only thing that people talk about,” she said — “Pakistan is progressing. Urban Pakistan is going places. If you were to visit, you would be thrilled. When I go to Pakistan, I wear jeans and a T-shirt, and I’m going out. There are no problems whatsoever.”

Siddiqui added, “I want to change perceptions about Pakistan. I think they are very dated. People think we are not empowered. I am one of five girls who was born and raised in Pakistan. My father died when I was very young so we were an all-female household.”

This summer Christie’s has been fastening its ties to the fashion community with a few novel projects. Markarian designer Alexandra O’Neill and interior designer CeCe Barfield Thompson have created a capsule collection of dresses and homeware that was inspired by Christie’s upcoming Interiors auction. And last month, Christie’s Old Masters specialist Jonquil O’Reilly and curator Eloy Martínez de la Pera shared a video tour of the “Balenciaga and Spanish Painting” exhibition in Madrid.

Christie’s will soon host another design-minded crowd on Sept. 5 at an Emerging Collectors event for Asian Art Week. Three tastemakers working in diverse areas of culture and lifestyle will be in the mix — interior designer Alyse Eisenberg, artist Nikhil Chopra (who has plans for a residency at the Metropolitan Museum of Art) and fine-jewelry designer Madhuri Parson.