The easy etiquette dodge about “not talking politics” is out — consumers are pushing companies to take a stand.

In the process, they’re pushing fashion — and other business sectors from airlines to sports leagues — into often new and unfamiliar territory that ties together politics, purpose and the consumer dollars and cents that still power the corporate world.

Where fashion and politics meet, the social media megaphone is at full blare, the stakes are high and companies can run afoul of not just shoppers and their own employees, but the governments that set the rules for commerce.

H&M, Adidas, Nike and Burberry are among the companies acutely aware of the dynamic, stuck between their desire to avoid forced labor and cotton produced in Xinjiang, China, and Beijing-backed boycotts and reprisals — setting up a direct conflict between promises to consumers and hopes of expanding in China.

But that is just the latest — and very on-point — example of a growing trend that has fashion testing out its political power and trying to find its place. Companies across the industry now see themselves on the front lines of climate change with their sustainability programs. They are also redoubling diversity efforts while supporting the Black Lives Matter movement, wading into issues surrounding voter rights, gun control, and more.

Companies face not only boycotts, but pressure from consumers, employees in the dog-eat-dog Twitterverse and in real life and the reality of quick reversals. Atlanta-based Delta Air Lines and Coca-Cola initially dodged or were vague on the issue of voter rights in Georgia, only to turn around and make strong statements when it was too late and after the a key bill on the issue passed — and have since faced backlash from all sides of the issue.

Once it was enough to make pretty clothes or sweet drinks or to keep the flights on time — no more.

“The role of the CEO today is probably a lot different than it was five, 10 years ago,” Chip Bergh, CEO of Levi Strauss & Co., told WWD when asked about the political playing field. “We’ve got employees and suppliers and customers and they are important stakeholders. It does make the job more difficult, you’ve got to weigh and balance all these critical issues.”

In the interview, Bergh stressed that the company does not use any products made in Xinjiang, but that is just the tip of the jeansmaker’s politics.

At the company’s annual meeting last month, Bergh gave an update on the business and fielded questions from investors. One question was on why he was expressing views on gun control (his answer: “it is a defining issue for young Americans”) and another asked the CEO to explain how asking voters to show ID is racist.

“There are some things that all Americans should be able to agree on: First and foremost, that voting is not a partisan issue, that it’s an American issue, that the right to vote is central to democracy….Right now, there are more than 350 bills moving in 47 states that are designed to restrict voting access. These bills are racist and undemocratic,” Bergh responded.

He also said he had never spoken specifically about voter ID and that Levi’s was joining an alliance calling on lawmakers “to set aside partisan politics and work together to pass laws that make voting safe and accessible to everyone.” Levi’s was one of the more than 170 companies to sign on to statements from the Civic Alliance, declaring, “We’re 100% In for Democracy.” Target Corp., Gap Inc., Warby Parker and many others also signed on.

All together, Bergh’s turn at the annual meeting was equal parts business statement and political statement, underscoring just how much the two have become one.

While the San Francisco-based Levi’s has long had a political bent, now more marketing executives at almost every major company are finding politics unavoidable.

According to The CMO Survey, updated in February, “more marketers now believe it is appropriate for brands to take a stand on politically charged issues, with a 49.7 percent increase in the last year.” In all, the survey found 27.7 percent of CMOs found that brands and politics do mix.

They mix, in part, because most brands are targeting a relatively narrow set of people and, within that group, count only so many as core customers. If executives share the values of their customers, there’s a happy political alignment.

“Companies know who their best customers are and they have a sense for what values those customers have,” said consultant Brian Ehrig, a partner in Kearney’s consumer practice. “And so, honestly, I think they’re looking to what’s the right ethical and moral choice.”

This kind of meeting of the minds is already a priority in fashion.

“Trying to get a closer connection to the consumer…you would find that on every strategic road map,” Ehrig said. “And being closer to the consumer means you’re taking some calculated risks. In most companies, a relatively small number of consumers are driving the bulk of your sales.”

Leslie Crutchfield, executive director of the Business for Impact program at Georgetown University’s McDonough School of Business, said companies are realizing that doing the right thing is also the profitable path in the long run.

It’s a dynamic that’s being fueled by what Crutchfield described as “mega trends” transforming society.

Among them are the increasingly diverse populations in the Western world (where people are bringing their own personal identities to work and to how they shop), as well as the ubiquitous internet that gives new power to corporate watchdogs, and the rise of multistakeholder capitalism that prizes more than just the shareholder.

“If you are going to wade into a controversial political cause, you really need to be in it for the long haul and it needs to be part of your brand promise and make sense to your consumers and employees,” Crutchfield said.

“All companies should be thinking now about the range of social and environmental causes that are relevant to their business and put together a strategy on how you’re going to deal with this,” she said. “It’s not a question of if, but when.”

That sense of inevitability comes, in part, from consumers, who are expected to keeping the pressure up and push companies to take sides. Recent Forrester research has shown:

• Forty-six percent of U.S. adults believe brands should take a stand on climate change, a portion that jumps to 60 percent for Gen Zers.

• Sixty-eight percent of U.S. adults believe CEOs are best positioned to drive real change in America, echoing global findings that companies are more trusted than the governments in the U.K., France, and India.

The line between the job of business and the job of government is blurring. Just who plays what role, where they get go-ahead from to reshape the world and what is the right balance are all open questions. Jamie Dimon, chairman and CEO of J.P. Morgan Chase & Co., in his latest letter to shareholders, suggested collaboration.

“Businesses’ extraordinary capabilities are even more powerful when put to use in collaboration with governments’ capabilities, particularly when seeking to solve our biggest economic and societal ills at the local level,” Dimon wrote. “As Washington, D.C., and central governments around the world struggle with partisan gridlock and an inability to get big things done, local communities are coming up with some of the best ideas to make civic society work for more people.”

Clearly, an activist soul has awoken in America during the last year of lockdown — the murder of George Floyd, the deadly insurrection at the Capitol, a wave of Asian hate crimes — are all things that need to be talked about, and companies and consumers are all part of the conversation. 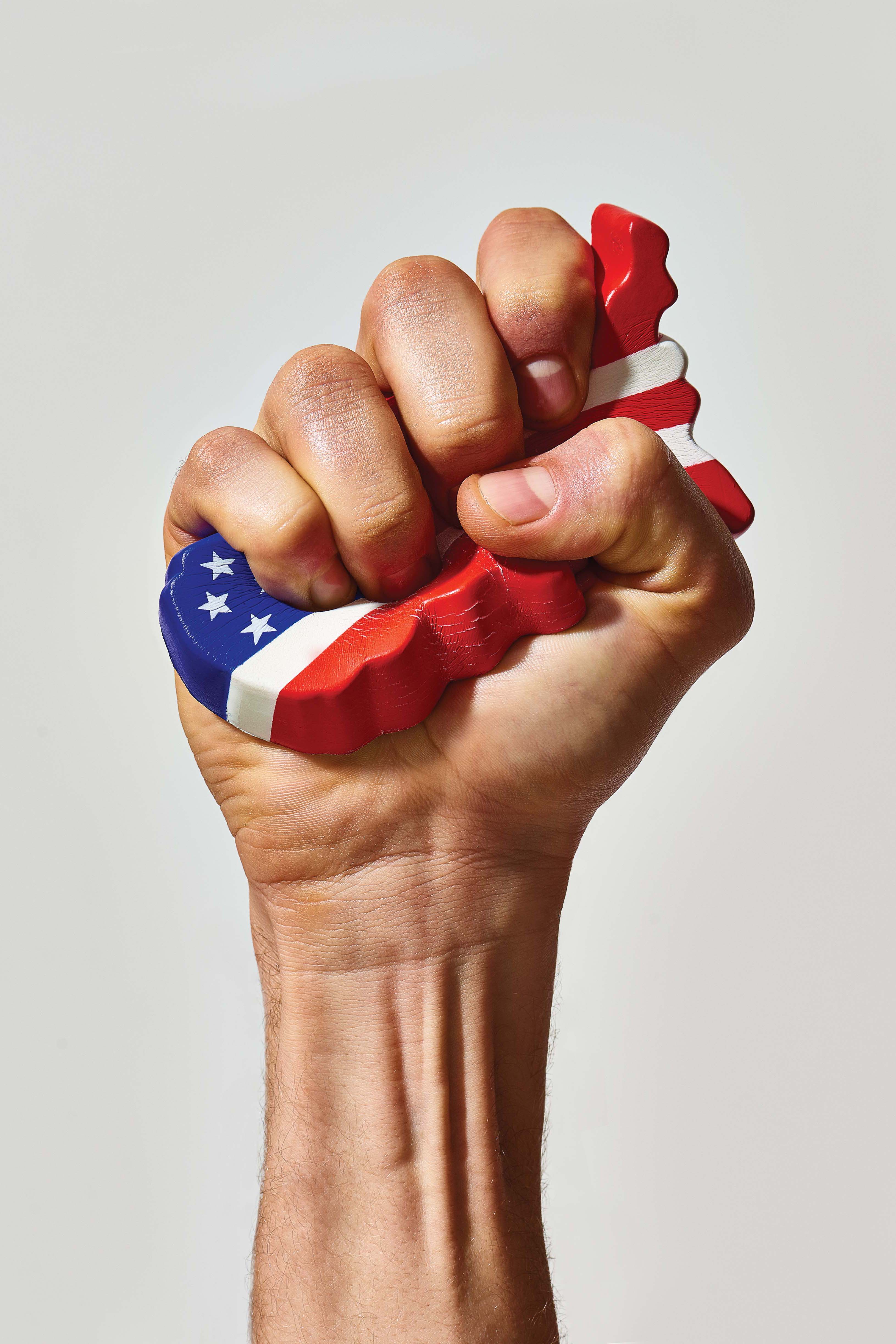 Politics are now everywhere. “Any company that has proposed to be purpose-led, now they’re being held more and more accountable,” said Mike Proulx, vice president and research director at Forrester. “When you look at the next generation of consumers and especially Gen Z, they actually view brands as influencers. They know that brands have powerful platforms.

“Brands are looking at their purpose or their company values,” he said. “If I‘m going to have company values, I need to act on those values and that’s the rub. In the U.S. especially, because we have become so much more divisive, the issues that brands are standing up for, let’s face it, they’re falling along party lines.”

Proulx, who conducted research with about 35 chief marketing officers on the topic, said they generally approach it as, “We’re not standing up for political issues, we’re standing up for human issues.”

The trouble is, as Proulx noted, “human issues are political issues.”

The picture just gets more complicated when seen through a global lens, where people and governments can have a range of positions on even the most human of issues — such as what constitutes forced labor.

“A company can’t and shouldn’t have different values for different countries,” he said. “They’re going to have to stand for a set of values.”

That could put a stutter step into fashion brands’ decades-long march to global status, a drive that has sent the industry to China, a mammoth and quickly growing consumer market and lynchpin to many a growth plan.

He called it a “local wave.”

It’s a wave that builds as consumers push brands toward stronger stances.

To navigate that path, he said marketing and legal and communications departments inside companies are starting to work more closely together.

“Companies will need to create systems where they can react incredibly fast to save the situation — within minutes or hours” when issues arise, he said. “In the past it would have been within weeks or months.”

And when conflicts arise, Lindstrom said, “increasingly companies will have to let go of markets” and pointed to Google’s exit from China.

What Is Fashion Getting Out of Gaming?