Fighting Against the Fakers in Italy

The battle against illegal operations that claim the qualities of the Made In Italy label but do not rise to its standards goes on. 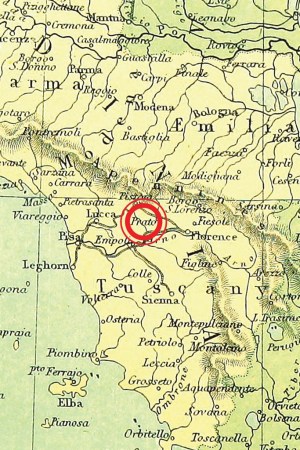 Upsides of Upcycling: ‘It Is a Creative Process’

In the fashion industry, the label “Made in Italy” conjures mental images of luxury goods, fine craftsmanship and family-run mills set in picturesque hillside towns.

However, Italy is struggling with another, darker side of the label many consumers take as a guarantee of quality: a preponderance of illegally operated factories where immigrant workers are underpaid and overworked, and where the textiles used are unauthorized imports. While the resulting garments are assembled on Italian soil, they have little in common with the intricately crafted wares that made Italian fashion famous.

Sistema Moda Italia president Claudio Marenzi said that the problem is widespread. “Honest companies are asking for more inspections and especially for clearer and more defined rules,” he said, adding that the national government “should take more serious and timely measures” to crack down on illegal garment factories and fake labels of origin.

Last year was bad for fashion manufacturing internationally: There were several deadly disasters in factories in Bangladesh, strikes by garment workers in Cambodia over low wages, and a factory fire in Prato, Italy, that killed seven people. Many Western consumers were jolted into a new awareness of the hidden costs of fast fashion. Italy’s problem lies in the confusion created when consumers find both high-end and cheap garments labeled Made in Italy. How can they tell the difference?

Nowhere is this conflict more apparent than in Prato, a city about 11 miles from Florence, Tuscany, with about 250,000 residents. Prato’s reputation as a textile hub began in the Middle Ages and grew during the 19th-century industrial revolution, earning it the nickname “the Manchester of Tuscany.” Today, the emergence of illegal operations alongside long-standing family businesses has put a strain on the city and damaged its reputation, said Prato’s mayor, Roberto Cenni.

“Prato suffers from the negative image that was born over the past few years, as city outsiders [combine] all of the local industry with these illegal factories,” he said.

Asked how these unlawful businesses manage to fly under the radar, Cenni said, “Because until about 2009, there was a general tendency to look the other way. Now, people are finally paying attention, and there has been an outcry.”

On Dec. 1 a fire broke out in one such Chinese-run garment factory in Prato, called Teresa Moda, killing seven workers and injuring several others. The Italian press reported extensively on the sorrow of Chinese residents and the solidarity of their Italian counterparts — as well as the indignity of finding ash-covered piles of garments labeled “Made in Italy” in the wake of the disaster.

Cenni estimated there are close to 4,000 illegal textile businesses around Prato, and said the city authorities can only check up on 300 to 350 each year, unless they receive additional resources. “The situation is upsetting, both from a fiscal and a humanitarian point of view,” he said.

“Prato is an extreme case,” said author, textile veteran and member of the Italian parliament’s Chamber of Deputies, Edoardo Nesi, whose family owned a textile plant there for many years before going out of business. He noted the percentage of foreign-run factories in the city was exceptionally high and “impossible to control,” given the complex involvement in inspections of the ASL (Italian national health service), the fire department, the carabinieri (military police) and the Financial Guard (GDF). He also said the GDF has indicated that frequently, Chinese textile operations “stick around long enough to file one tax return, then disappear, only to reappear under a different name two warehouses down.”

The Prato GDF’s Web site publishes reports about the raids it conducts. Over the past several years, it has confiscated rolls of unlabeled fabric by the ton; uncovered worker exploitation and building permit violations, with ad-hoc dormitories created inside factories using plasterboard, and even discovered 107 tanks of liquefied petroleum gas inside one warehouse.

On Dec. 5, 2013, the GDF unmasked a network of seven Chinese citizens working in collusion with two Italians, one of whom was employed at Prato’s office of vital statistics.

The group was collecting money from newly arrived Chinese citizens to register them as legal residents in the city database without following proper procedures. Over the course of eight months, the GDF estimated that the band had earned between 180,000 and 450,000 euros, or about $246,000 and  $615,000 at current exchange, from this activity — revealing that sometimes, the web of illegal operations includes local citizens.

Nesi said most of those renting out warehouses were Italian, although he also pointed out that national law does not allow landlords to access their property without permission once a lease is signed, and monitoring all that goes on inside becomes challenging. “That said, this type of situation is unacceptable and there needs to be greater surveillance,” he conceded.

Prato, Cenni added, is one of the European cities with the highest percentage of foreign residents: Some 32 to 36 percent of Prato’s children are from outside the European Union, and Cenni said official estimates show that just under half of Prato’s foreign residents are Chinese, although a precise tally is difficult to determine because many are there illegally. He said public elementary and middle schools are working to bridge the cultural gaps between children from Italian families and those of immigrants, but that the efforts are only likely to pay off in the long term, when those students become adults.

“The great opportunity that we could develop would be to unite the local Italian artisans with Prato’s Chinese workers, but within a legal framework, establishing a specialized fashion center,” Cenni said. “Both Italians and Chinese have professional experience in the textile sector. It’s a shame and it makes me angry that people are suffering and at the same time, we are missing the opportunity to collaborate in a way that could be a boon to the Italian industry.”

Tightening EU regulations and using new technology to make labels traceable also would go a long way to avoiding problems like those in Prato, said Pietro Giordano, president of Adiconsum, an Italian consumer protection watchdog, noting that for many people, fake labels of origin pose a conundrum, despite differences in product quality.

“Right now, consumers don’t have effective weapons [against fake labels], short of always buying garments with tags specifying the exact supply chain or with quality certification stamps,” he said. “In those cases, it’s always possible to refer to the certifying organization or quality consortium to verify whether or not that manufacturer is actually part of the supply chain and is using the label legally and appropriately.”

He added that Adiconsum is pushing for a more user-friendly labeling system that relies on new technology to make entire supply chains immediately apparent. But until such a system becomes standard, Giordano said a practical approach for fashion consumers is to “only purchase garments for which the quality-price relationship is plausible, rather than incredible, and which have quality certification labels.”

“The main problem, from [our] standpoint, concerns the laws surrounding the import of cloth and threads, which in the EU still vary from country to country, creating the paradox that a ‘semi-finished’ or finished product that doesn’t meet Italian import standards can still reach Italy by crossing the border from a neighboring [EU] country with more lax standards,” Giordano said.

Lisa Ferrarini, who is on Italy’s leading industrial association Confindustria’s technical committee for the protection of Italian manufacturing and the fight against counterfeit products, is also president of Assica, the association of meat and processed meat manufacturers, and an outspoken advocate of stricter labeling laws and their enforcement at a European level.

She said the EU Commission is currently discussing a proposal, part of a “product safety and market surveillance” package, that would harmonize EU labeling laws for consumer goods. Article Seven of the proposal states that “Manufacturers and importers shall ensure that products bear an indication of the country of origin of the product or, where the size or nature of the product does not allow it, that indication is to be provided on the packaging or in a document accompanying the product,” with non-preferential origin rules detailed in the European Customs Code.

“If the laws concerning origin go into effect, Europe will finally be on equal footing with its international partners, such as the U.S., China and Japan, which have applied [similar regulations] for some time now,” Ferrarini said, noting that while the food industry is quite well-regulated — and European consumers pay significant attention to what they eat — sectors such as textiles and apparel, footwear, cosmetics, eyewear and furniture would greatly benefit from more transparency in the production chain.

“If a label is completely missing, whether a label of origin or a label showing product compliance, you’re not giving consumers adequate information to reassure them about the quality of the product and its manufacturing process, or about the [producers’] respect for health and safety regulations that are increasingly important in a world of globalized manufacturing,” Ferrarini said.

Still, consumer awareness and tougher labeling laws are all very well, said Nesi, but “if a company is registered in the Chamber of Commerce, even if it’s entirely Chinese-run, it’s allowed to put a Made in Italy label on any garments it produces here,” and many such businesses are banking on the unlikelihood of being caught violating labor, health and safety laws.

“The real problem is that we’re all high on the idea of having luxury for nothing. There’s this idea that if something is expensive, it represents shameful earnings on behalf of the manufacturer, rather than the actual cost of following procedures properly from start to finish. If something is cheap, people think of it as fairly priced,” he said. “That drives me crazy.”

In the meantime, Prato’s traditional Italian businesses are not giving up. Raffaele Riela, a member of the family that founded the Lanificio Lamberto textile plant in 1961, said one of the greatest challenges was to develop a modern awareness of the “tradition of beauty and good taste we come from.”

“There are still many companies in Prato that have taken on this challenge, that are keeping jobs and even creating new ones, that are taking entrepreneurial risks with new products or new markets,” Riela said.

“There are always many of us participating in fairs and promoting our textile novelties with passion around the world. And there are still many clients who seek us out, knowing that we offer something that they won’t find elsewhere.”