The first edition of Frankfurt Fashion Week started with digital FFW Studio, focusing on conferences. Trade shows will be held physically in 2022.

The German industry was shaken to the core when some of the key players at Berlin Fashion Week last year announced their move to Frankfurt. While Berlin is still flirting with a “poor but sexy” label, Frankfurt is located in one of the country’s most prosperous regions and home to Germany’s financial industry and its largest airport.

As Berlin struggles to established itself as a global fashion hub, the city of Frankfurt and the state of Hesse have pledged to invest 10 million euros into its fashion week over the next three years in hopes of making it an event with a global impact that could draw up to 140,000 visitors and bring between 300 million and 400 million euros to the region in non-pandemic times.

“We’ve seen an incredible openness and support by key players in Frankfurt. You can feel that this is a global and very progressive marketplace. It’s about doing,” said Anita Tillmann, managing partner of Premium Group, who initiated the move with Messe Frankfurt, one of world’s largest trade fair organizers.

“Frankfurt Fashion Week is not to be compared with other formats. We are creating a distinctly new ecosystem with pressing matters of sustainability and digitization at the core of the conversation,” she added. 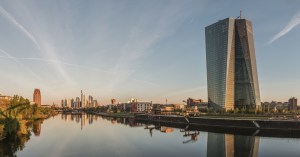 But the organizers’ ambitions to create a go-to hub for sustainability in fashion were curbed by ongoing pandemic restrictions. Running from July 5 to 9, the first edition of Frankfurt Fashion Week under the slogan “Reform the Future” was centered around the digital FFW Studio, with some physical events like runways, showcases and receptions organized mainly by local participants. The fairs, the anchor of the new format, had to be suspended and will be prospectively held in Frankfurt physically in January 2022.

“Due to the current restrictions, we had to shift to digital, mainly. But many local players already pro-actively participated with events all throughout town — you can feel there’s a lot of energy and enthusiasm,“ Detlef Braun, head of Messe Frankfurt, told WWD.

Over the course of three days, FFW Studio featured three conferences with 60 panels and 150 high-profile speakers, as well as video presentations and streams by the likes of MCM and Cupra Music Labs.

Ursula von der Leyen, president of the European Commission, inaugurated The New European Bauhaus conference in partnership with the Fashion Council Germany, the first to address fashion within the European Union’s initiative to facilitate a sustainable transformation in design.

“Fast fashion is poison for our planet. It should be replaced by slow fashion that is circular. In other words: by well-designed products that create less waste, and last longer,” von der Leyen called for in her speech, emphasizing that changes in the fashion industry are vital to help make Europe the first climate neutral continent by 2050. 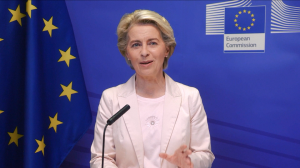 Partnering with the United Nations Office for Partnerships and the Conscious Fashion Campaign, FFW Studios presented “Frankfurt Fashion SDG Summit” to evaluate the fashion industry’s commitment to fight climate change. The goals will come into action here, too: by 2023, aligning with the UN’s Sustainable Development Goals will be a prerequisite for all participants at Frankfurt Fashion Week. According to organizers, the talks and panels reached 25,000 people from 60 countries over five days. Physical side events and catwalks throughout town drew some attention from the general public.

“We really hope that Frankfurt Fashion Week will establish as an international hub for sustainability in fashion,” said Andrea-Sibylle Ebinger, chief executive officer of Hess Natur, a German sustainable brand and retailer with headquarters near Frankfurt that staged a showcase in the city. “We still make mistakes, but we ultimately need to subordinate all our actions to the quest to become sustainable and be fully transparent about how and where things are made. When it comes to sustainability, we’ve achieved quite a lot in Germany and that’s something we would like to share in Frankfurt,” she added.

Going forward, Frankfurt Fashion Week will be based on four pillars, bridged by the overarching quest for sustainability. Besides the trade show portfolio, including fairs like Premium for high-end mainstream fashion, Seek for streetwear, Neonyt for eco-friendly fashion and new additions, the conferences with partners like the UN Sustainable Development Goals will remain a cornerstone of Frankfurt Fashion Week. Organizers are also intent on engaging the city and the general public with both, catwalks on-site and throughout the city, and the inclusion of the local community through hybrid business-to-consumer events executed by the newly founded Aaarea GmbH, an umbrella company of 11 local agencies. 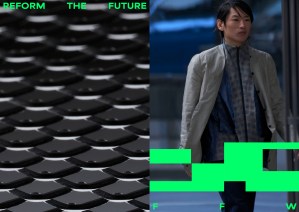 Dirk Schönberger, global creative officer at MCM and inaugural participant of Frankfurt Fashion Week, noted that the industry really needs a new burst of energy and that it’s time to rethink concepts of trade fairs and fashion weeks. “This is a real opportunity to create new hybrids of digital and physical experiences and develop new forms of storytelling and interaction. It will be interesting to see a new Frankfurt Fashion Week strengthen the loop between fashion, music, art and business bringing together commercial, premium and luxury players, customers and the city to exchange ideas and help inspire each other,” he told WWD.

The need to reexamine past conduct and new ideas for the future is echoed by most participants at Frankfurt Fashion Week’s first edition. “The sudden pivot to digital during the pandemic has perhaps accelerated what many companies were already planning for and it’s likely that trade shows will not be the same going forward, as our ways of communicating in business have changed and the industry has adapted surprisingly well,” a spokesperson for Isko told WWD, noting the importance of a hybrid format that combines the benefits of a physical presence with the possibilities of the digital.

“FFW Studio was our response to the current situation and we have learned a lot from it. The future of trade fairs and fashion weeks is hybrid, and we are bringing the makers and shakers together. We are inviting everybody to be part of the conversation and help shape the future,” Tillmann said.