Azoya's Franklin Chu breaks down what went wrong, and what retailers can learn in the future.

At the end of April, iconic fast-fashion retailer Forever 21 confirmed that it was closing up shop in China after eight years in business. Its online stores on popular Chinese online marketplaces Tmall and JD.com, and its official web site shut down at the end of the month, and the remainder of its stores in China are in the midst of liquidating inventory.

Its exit wasn’t a surprise to many; the company has been closing stores all around the world, and it started closing stores in Tianjin, Hangzhou, Beijing and Chongqing toward the end of last year. And its departure from the China market is the latest in a string of exits by fast-fashion brands, including New Look, Asos and Topshop.

We dig deeper and point out why exactly is it so hard for foreign apparel companies to succeed in the China market, and what they can do to improve their chances.

Fast Fashion Is a Difficult and Competitive Space in China

Forever 21 was in the business of selling affordable and hip clothing to young female Millennials in their teens and early 20s. The problem is that customers in this age group have low purchasing power and low brand loyalty; they are also likely to change their shopping habits as they age and enter the workforce.

Additionally, affordable fast fashion is an incredibly crowded space with many local competitors. While Forever 21 apparel is cheap by international standards, it competed directly with the millions of domestic, low-cost third-party sellers on China’s most popular e-commerce platform: Taobao.

Taobao recorded gross merchandise volume of nearly 2.7 trillion RMB, or $400 billion, in fiscal year 2018, and women’s apparel is by far its most popular category. Chinese apparel companies such as Ellassay, JNBY, Huimei Group and Handu Group all built their businesses on Taobao and each of them have gone public over the last five years. These local competitors are better funded, have wide distribution networks, and can better tailor their products to local tastes.

In short, it’s difficult to occupy the middle-market segment in China because it’s easy to get squeezed by competition — with low-cost domestic competitors on the low-middle end, and premium/luxury foreign brands on the high end. British fashion retailers Asos and Marks & Spencer both ran into this problem and exited the China market in 2016.

The clothing sizes were too big for Chinese body types. This is a common problem for fashion retailers such as Asos when they attempt to export their product selections to China.

The clothing items were too revealing to Chinese young women

The products were perceived to be of poorer quality than peers such as Zara and H&M, but not as cheap as local competitors.

The stores were messy, with clothing thrown everywhere and difficult-to-navigate store layouts.

All of Its Models Were Foreign, and None Were Chinese

Granted, it’s hard to curate a localized product selection in the world of fast fashion where the trends change so quickly. And it’s hard for foreign retailers to tailor a wide product selection to a foreign market as large as China, especially when there are so many unknowns and unsold inventory may have to be written off.

But in such a competitive retail environment, foreign brands and retailers need to cater to the needs and preferences of their target audience by localizing their product selections. Things like offering the right clothing sizes should be obvious and go a long way in gaining customers’ favor. Chinese consumers perceive Western brands as being of higher quality, so new brands to the market should try to live up to that perception. 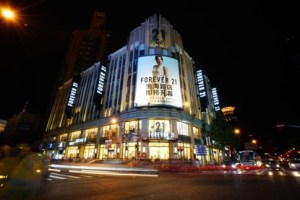 Only a handful of foreign fast fashion retailers — Zara, H&M and Uniqlo — have been able to thrive in the affordable mass-market apparel space in China. Having a strong off-line presence has been key to their success — their brands are highly recognizable by young Chinese consumers and their flagship stores can be found in most downtown centers in China’s tier 1 and tier 2 cities.

Forever 21 got off to a good start by building large, multifloor stores in central locations such as Beijing’s Wangfujing shopping district and Shanghai’s iconic pedestrian road Nanjing Road East. But compared to its competitors, Forever 21 expanded slowly in China and its footprint peaked at just 20 stores in early 2018. Today, Zara and its sister brands operate 593 stores in China, while H&M and Uniqlo have 535 and 672 each, respectively. 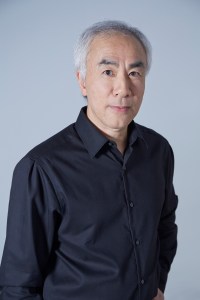 Fashion apparel companies benefit from a large number of centrally located off-line retail stores because they sell non-standardized stockkeeping units with many different colors and sizes. In this situation, customers may still prefer to try the items on in person. This is especially the case when a brand has to import large volumes of foreign clothing, which may have drastically different fit sizes than typical clothes in the local China market.

1. Localize your product offerings for the China market. Chinese consumers have smaller body shapes than Westerners. They prefer to wear dresses, which account for 40 percent of apparel search terms in China. Fast fashion was popular in the past but now consumers are becoming wealthier and upscale sportswear is surging in popularity. Working with strong local partners can help you navigate these fast-changing trends.

2. Invest in quality, don’t compete on cost. It is difficult to target the low and middle segments of the market because China is the world’s largest producer of textiles, and competition from local brands is becoming increasingly fierce. Selling low-cost value items is hard because your prices won’t be able to compete with local competitors. Now, China’s middle class of consumers is wealthier than 10 years ago so it might be a good idea to sell more quality, premium products.

3. Consider building out an off-line retail presence. Now it is hard to build a fashion retail business in China through an online-only presence. There are too many competitors and the user acquisition costs are sky-high. With fashion retail, clothing sizes can vary greatly from brand to brand, and from country to country, so the return rates can be quite high. Having an off-line retail presence helps circumvent some of these challenges, and gives brands a chance to attract new customers through off-line foot traffic.