A flurry of offerings over the past year has five new(ish) names vying for attention, but who has the right business model to endure?

Ups and downs are a part of life now for Farfetch, Levi Strauss & Co., Kontoor Brands, Revolve Group and The RealReal Inc., all of which joined the public markets in the past year.

But just how far the ride will take them — and how shaken up they’ll get along the way — is still a matter of debate, or a question for the tarot cards.

They all entered the public fray at an explosive time for Wall Street, which has been hitting new highs and extending a historic bull market only to periodically get blindsided by some new sign of global recession or an incendiary presidential tweet.

Investors, many of whom looked for the buzzy new e-commerce names to carry the struggling retail industry forward, are zeroing in on and reacting to the newcomers’ every move.

And it’s been a frenetic year full of highs and lows.

Take luxury platform Farfetch Ltd. In September, its shares shot up 42.3 percent to $28.45 during the first day of trading on the New York Stock Exchange, valuing the company at more than $8.2 billion and cementing its status as a stock market darling.

But earlier this month, cracks started to appear. The London-based company suffered a 45 percent one-day stock price plunge to $10.09 as Wall Street’s taste for it soured with the release of its latest quarterly earnings and news that it had made another acquisition, wiping $2 billion off its market cap. As of Friday, it was trading at $11.24.

High-end consignment shop The RealReal Inc. has also been on somewhat of an uneven journey along Wall Street since raising about $320 million in its initial public offering in June. Having ended its first day on the market at $28.90, in more recent sessions it fell sharply as investors took a more skeptical look at online companies. At the end of last week, it closed at $17.24.

The markets, though, are fickle and can be swayed day to day or even hour to hour. That’s why retail experts are trying to block out the market noise and base their bets for longevity on consumer trends and business models.

Of fashion’s recent entrants to the public markets, Jan Rogers Kniffen is betting that selling old goods is the new trick to long-term success.

“I’m a huge fan of The RealReal, and I was long before the IPO and I’ve always thought they were best in class in resale. I think resale is growing 40 percent a year and I think it’s going to grow 40 percent a year for a long time, and I think they’re the ones most likely to benefit — not just because they’re public, but because they are the best in class,” Rogers Kniffen said.

“I have all kinds of reasons to believe they’re going to be around for a long time unless of course some other traditional retailer tries to acquire them and tries to enhance their business, which I wouldn’t be surprised. But other than that, I think they have a long future,” he said.

Marie Driscoll, managing director of luxury and fashion at Coresight Research, a global research and advisory firm specializing in retail and technology, also believes TheRealReal has a bright future: “I think that Julie Wainwright (the founder and chief executive officer) really has a great business.

“The RealReal is giving consumers a sense of owning luxury product and not having to pay incredible market markups for it,” Driscoll said. “It also educates the consumer in terms of, if you buy a Louis Vuitton handbag, it’s going to hold its value so you can buy one today and sell it at the end of the season for 80 percent of the price you paid for it and maybe more and you’re going to get 70 to 80 percent of that price. That changes the way people behave. It changes their shopping.”

But as other retailers look at its success and start to wake up to consumers’ growing love of bargain hunting and their environmental concerns, it is about to feel more competition.

Nevertheless, its business model and infrastructure is strong enough to deal with that, according to Bassuk, although he stressed its importance of constantly innovating and advancing.

Another top pick among the retail consultant crowd was Levi’s. In March, the 166-year-old denim brand became the poster child for staging a meteoric return to the stock market, logging a valuation north of $8 billion. This is quite a feat for a company that, after peaking in the Nineties, suffered a sales slump for many years amid competition from the likes of premium denim brands such as Seven For All Mankind and Citizens of Humanity. 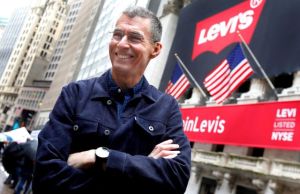 “How can you not love Levi’s? It’s one of the best brands in the world. It has been for longer than I’ve been born and that’s really a long time and they’re doing everything right,” said Rogers Kniffen.

“They’re being cautious on the business; they’re moving along with the environmentally friendly stuff; they’re participating in that higher-end product and then they’re doing a great job with the broad maps business.”

On Kontoor, which was earlier this year spun off from Vans-owner VF Corp. into a separate entity, the consultant said he was less convinced that it will have the same level of success as Levi’s.

“They’ll be around a long time but I think they’re pretty generic in what they’re selling so I don’t see it as a growth business much. I don’t see them really setting that on fire, but I think they can run that traditional business carefully and conservatively forever because that business is always going to be there,” he said.

As for influencer-heavy company Revolve, which made its public debut in June, the jury is still out.

“More has to be proven there,” Driscoll said. “I think these are young exciting guys with a great idea, but people like to discover…There are lots of places to discover, and you know how fickle the consumer can be.”

Rogers Kniffen’s only concern about Revolve is that he believes it’s starting to go more downscale to get growth. “I’m worried that they’ll have to continue to do that to keep the growth going…It’s easier to be high-end when you’re not very big. It’s also easier to be high-end when you’re not public, so my only concern is that they will go too far in growing that lower business and damage the brand image.” 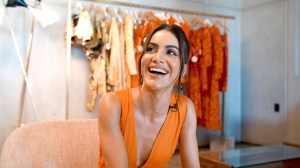 That leaves Farfetch, which is clearly feeling the heat. Just Friday, Bernstein senior analyst Luca Solca put out a note to clients, stating that its negative structural view of the platform “is playing out even faster than we thought”.

“At the risk of making the understatement of the summer, investors are not taking well the change of business model at Farfetch, its hyperactive M&A, disappointing profit performance, and its senior management churn,” he said. “The recent market correction has been severe, even more than our negative structural stance would have warranted. With its credibility in tatters, it would be important for senior management to come forward with a clearer vision for Farfetch — where clarity and simplicity prevail, and where a definite path to profitability is set. In the absence of that, investors are likely to stay on the sidelines, fearing more bad surprises.”

Among the retail consultants, Driscoll was much more optimistic.

“I think Farfetch is an early mover,” she said. “They have a strong luxury customer. I love the way they try to maintain branded integrity and also that they can connect consumers and brands all over the world. And for brands that don’t have the acumen and the money and the time to put into any e-commerce platform, part of their business model at Farfetch is [there] to white label it.”

“Obviously their investors were disappointed,” Driscoll said. “I mean their sales are up more than 40 percent and their loss increased like fivefold — not something you want to report to your owner. But Amazon did that for years.” 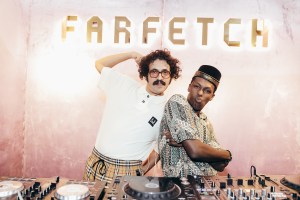 Rogers Kniffen was less convinced: “It doesn’t work for me. I don’t get it. Maybe I’m just old and moldy and don’t understand why that’s going to work, but I don’t.”

Just how well Farfetch and the rest weave their visions into the future might be a question only time (or a gifted Tarot card reader) can answer.