Gucci proved private jets are not the only form of luxury transport out there with the launch of a made-to-order Aquariva Gucci speedboat. 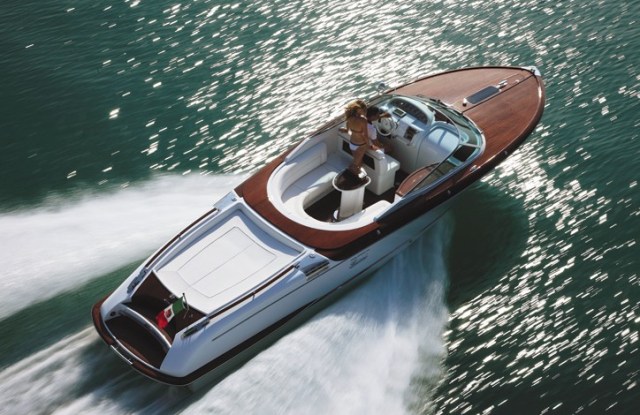 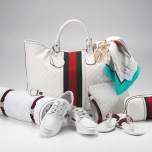 Gucci proved private jets are not the only form of luxury transport out there with the launch of a made-to-order Aquariva Gucci speedboat during the Cannes boat show in September 2010, marking a new collaboration between the luxury boat manufacturer, and the storied Italian label.

Transporting Gucci from the Milan catwalk to the high seas is not only part of its 90th commemorative fest, but sends a clear signal the house intends to anchor Gucci further in the lifestyle arena. Embracing the era of La Dolce Vita, when a joie de vivre, glamour and elegance defined an attitude and a lifestyle, the boat’s launch underlined Giannini’s deft hand for reinvigorating the label’s jet set flavour.

Aquariva’s luxurious $750,000 price tag is naturally aimed at those who want to ensure lazy summers cruising the Med are spent in style, offering a two-speed electronic gear boat that runs on a 380-horsepower Yanmar engine complete with mahogany interiors, a customizable glossy fiberglass hull, and naturally, Gucci interiors on deck. Seats are upholstered with the label’s trademark Guccissima print, and it’s classic green-red-green web detailing edges the boat’s front line.

For stylish passengers wishing to disembark onto dry land, a Riva by Gucci accessories collection also bowed out in September. In keeping with the nautical theme, the line comprises duffel bags, towels and flip-flops produced from soft white leather and enriched with green and red ribbon, available from Gucci’s Milan and Cannes stores and slated to rollout across in additional Gucci outposts and nautical stores this year.

Spearheading the nautical venture further, an Aquariva by Gucci showboat is set to travel the world this year (2011) visiting some of the world’s most prestigious boat shows and international destinations.