Global Activewear Market to Reach More Than $350B in 2020

In a year of ups and downs, activewear is the crème that rises to the top.

Overall, it’s been a good year — albeit a bit unstable — for activewear and ath-leisure, according to Spain-based investment firm Comprar Acciones.

The firm said the global activewear market is expected to be worth more than $350 billion this year, with a projected compound annual growth rate of nearly 4 percent between 2020 and 2026 — and that means the market will reach almost $440 billion by the end of that period.

U.S. ath-leisure items will account for 31 percent of apparel sales in the month of December; the firm noted that key players in the activewear space are “adapting to change consumer trends by embracing direct-to-consumer sales online.”

Brands such as Nike had a 75 percent increase in online sales during its fiscal year fourth quarter, which ended in June this year: Its e-commerce accounted for 30 percent of total revenue as the brand closed 90 percent of its brick-and-mortar retail stores. The brand’s online sales rose by 82 percent during its first year for fiscal 2021, which ended in August, with total revenue at more than $10 billion and net profit at $1.5 billion, all according to the firm. 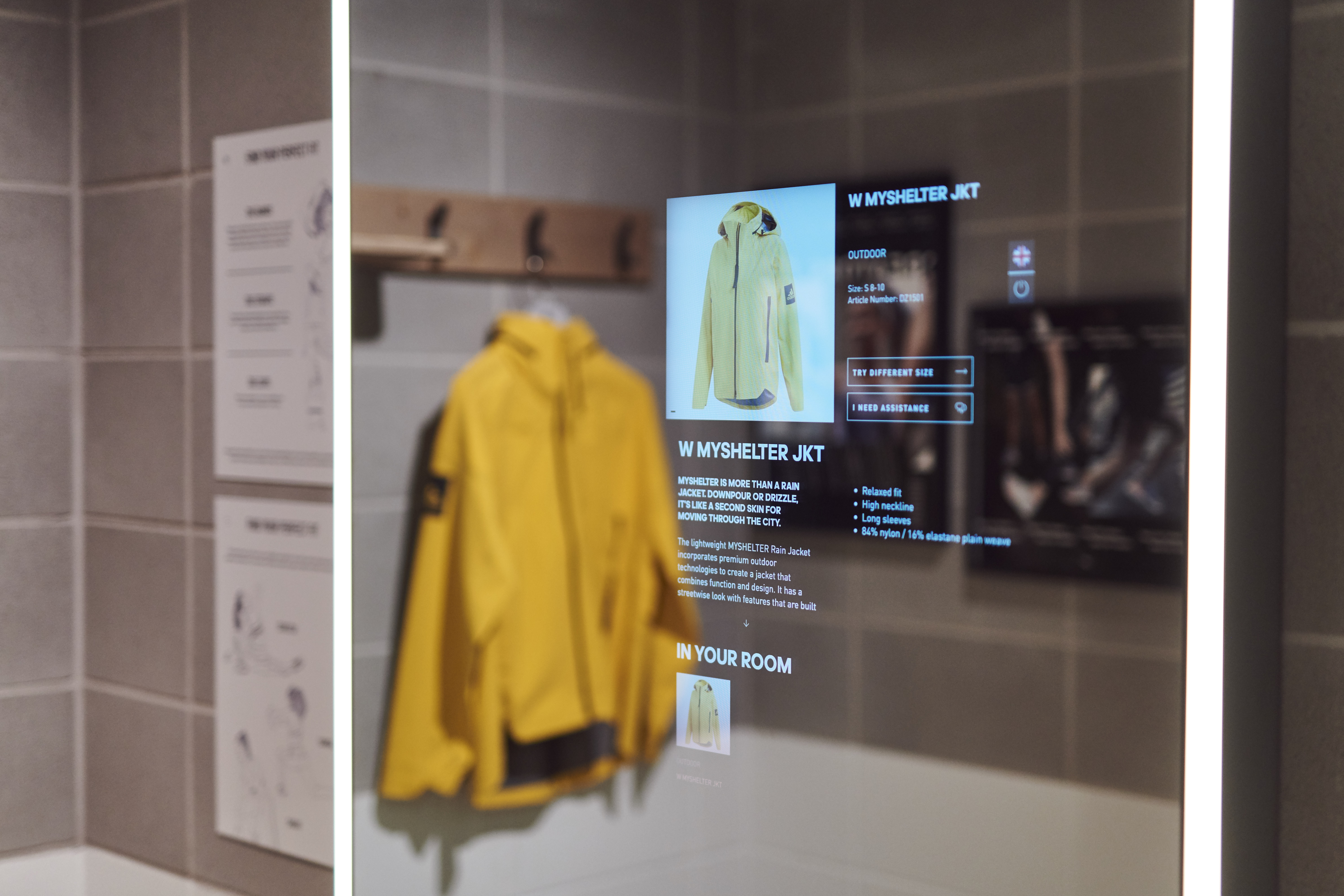 Adidas closed 70 percent of its stores this year due to the coronavirus pandemic. An RFID fitting room in the Adidas London flagship store.  Courtesy Photo

Meanwhile, for Adidas, total revenues in fell by 27 percent to $9.8 billion for its fiscal first half as it closed 70 percent of its stores — and the brand’s third quarter saw a 12 percent drop in its operating profit. Similar to Nike, its online sales surged by 93 percent in the second quarter and 51 percent in the third.

And Puma saw a 61 percent drop in profit during the first quarter , but e-commerce sales for the period rose by 40 percent, the firm stated, adding that for the first nine months of this year, it had a 66 percent increase in e-commerce sales.

“Top activewear brands are also embracing the thriving ath-leisure trend,” the firm said. “According to NPD, ath-leisure sales in the U.S. will account for 31 percent of total apparel spending during the holiday season. The figure is up from 26 percent in 2019,” suggesting that numbers will continue to rise as shoppers head out — or online — for holiday spending.